Authorities say he 'violated the rights of a fellow Clevelander by breaking into her business, destroying her property and terrifying employees as they hid inside.' 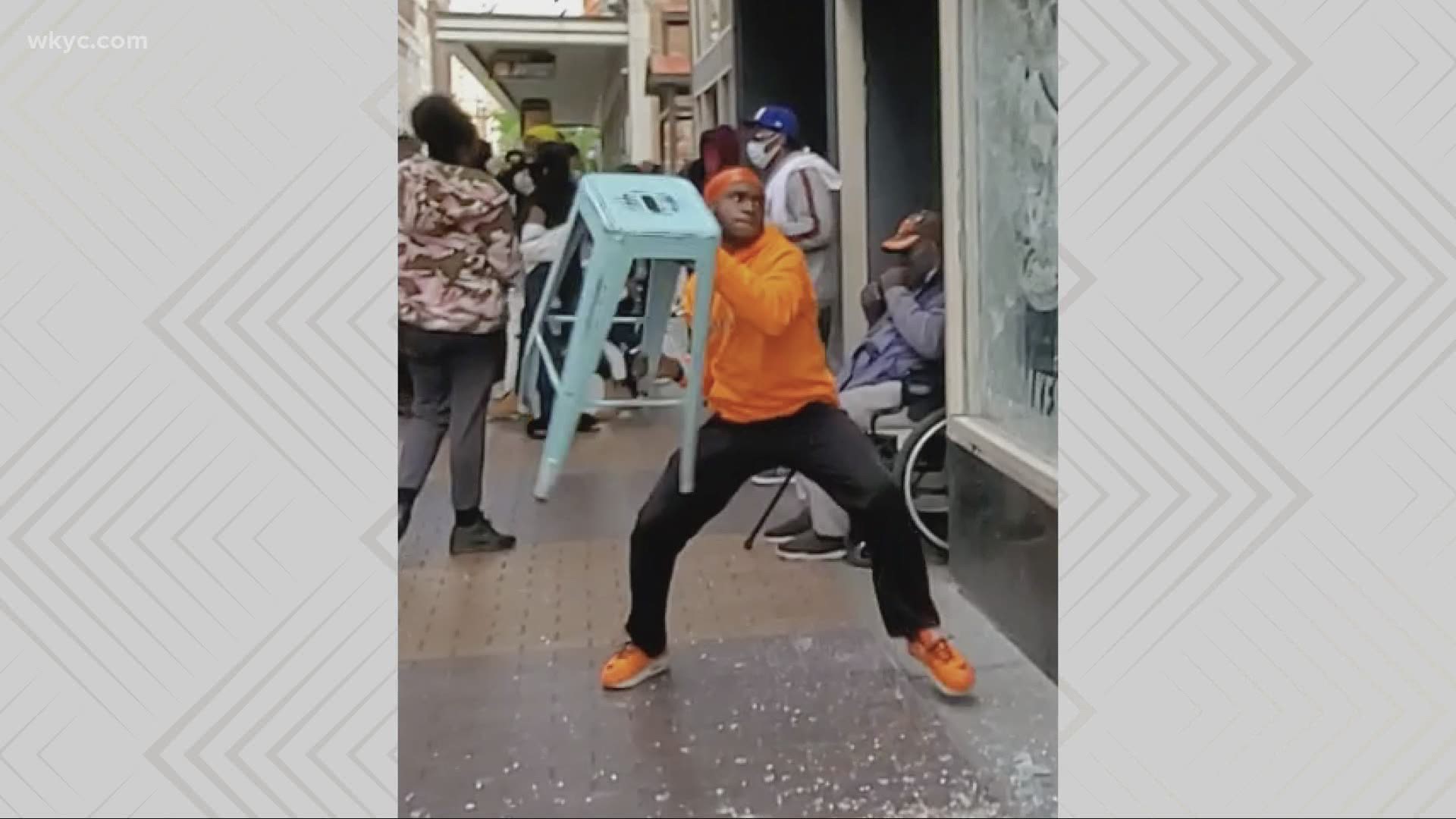 CLEVELAND — A 22-year-old man has been taken into custody on charges connected to violence and “civil unrest” that erupted in downtown Cleveland on May 30 as peaceful protests were underway.

The Cleveland Division of the FBI announced the arrest of Tandre Buchanan, Jr. on Friday morning. Authorities say he was taken into custody without incident on Thursday at his place of employment in Garfield Heights on a federal warrant for interference with commerce by threats or violence.

His arrest comes one day after the FBI released photos of several individuals wanted for “significant property damage and looting, among other criminal violations.”

“Within approximately 30 minutes of the surveillance photos being disseminated to the public, tips were received identifying Tandre Buchanan, Jr. as the individual in the orange sweatshirt,” FBI officials said.

Eric Smith, Special Agent in Charge, said Buchanan crossed the line of what was supposed to be a peaceful protest and engaged in criminal activity.

“Buchanan violated the rights of a fellow Clevelander by breaking into her business, destroying her property and terrifying her and her employees as they hid inside,” Smith said. “The FBI commends the public and the media for quickly identifying Buchanan in the surveillance photos disseminated. Law enforcement will ensure that those that destroyed parts of our city are held accountable.”

“In this case, the complaint alleges that, after rioting began in downtown Cleveland on May 30, this defendant participated in violent activity directed not just at a storefront, but at employees within that establishment,” Herdman said. “At this moment, our federal, state and local partners are committed to ensuring that those who wish to exercise their First Amendment rights have a full opportunity to do so, and part of that commitment requires us to hold accountable those who marred an otherwise peaceful protest on May 30.”

You can read the affidavit HERE:

Investigators are continuing efforts to identify and find individuals responsible for the damage caused in Cleveland that day. Anybody with information from the May 30 unrest is asked to call authorities at 216-622-6842. Tipsters can remain anonymous.

Last week, the FBI announced the arrests of two people for their alleged roles in the civil unrest. The duo now faces a four-count indictment for rioting and firearms charges.

Watch an in-depth timeline of how the events of that day unfolded (video from May 31, 2020):