Timothy Goodner is accused of setting a West 3rd Street parking booth on fire during the riots. 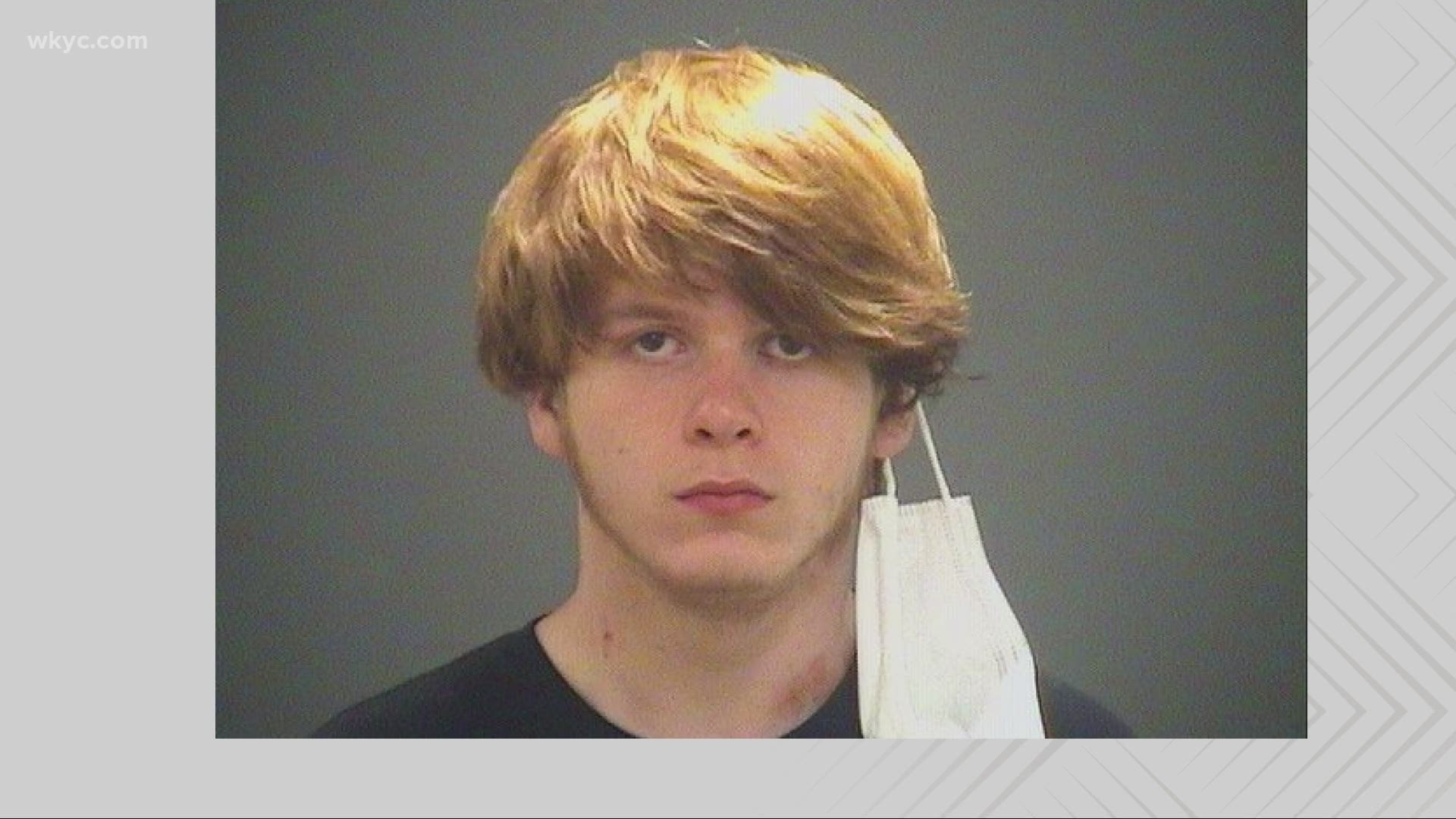 CLEVELAND — A federal grand jury has indicted a 19-year-old man with setting a parking lot attendant's booth on fire during the May 30 riots in downtown Cleveland.

Timothy James Goodner, of Maple Heights, was previously arrested on a charge of maliciously damaging or destroying by means of fire or explosion any building or property. On Thursday, a charge of arson was returned.

According to the criminal complaint, Goodner and other persons gathered around Shaia’s Parking Lot attendant booth in the West 3rd Street parking lot during the demonstrations. Images and videos show a suspect setting fire to cardboard boxes and paper towels and then placing them inside the attendant booth.

Goodner is then observed contributing to the fire by placing boxes and other combustible products inside the both to help accelerate the burning.

Afterwards, the Cleveland Division of Police released images and video of suspects committing various criminal acts from the demonstrations to the media. Goodner was identified via these images from numerous anonymous tips by his clothing and a visible tattoo.

Goodner is the fourth person to face federal charges for their role in the violence that stemmed from the George Floyd demonstration.

Tandre Buchanan was arrested on June 12 for his role in the damage done to Colossal Cupakes. That same day, 23-year-old Brandon Althof-Long and 22-year-old Devon Bryce Poland of Erie, Pennsylvania, were both indicted on rioting and firearms charges.

RELATED: Man arrested for alleged role in Cleveland ‘civil unrest’ amid May 30 protests

U.S. Attorney Justin Herdman released the following statement regarding the indictment against Goodner:

"Today’s indictment reflects the continued resolve of federal law enforcement to identify, arrest, and prosecute those individuals responsible for the widespread damage in our downtown on May 30. This defendant is alleged to have committed arson during the riot that followed an otherwise peaceful, Constitutionally-protected assembly. We will continue to seek out and prosecute those who were engaged in similar acts on that day."

Goodner was arrested and booked into the Cuyahoga County Jail on June 22, 2020, by the Ohio State Highway Patrol on an active warrant obtained by the Cleveland Police Department for aggravated arson.