An 'After-Action' report on how the city handled the events surrounding the George Floyd protest that turned violent on May 30 has been released. 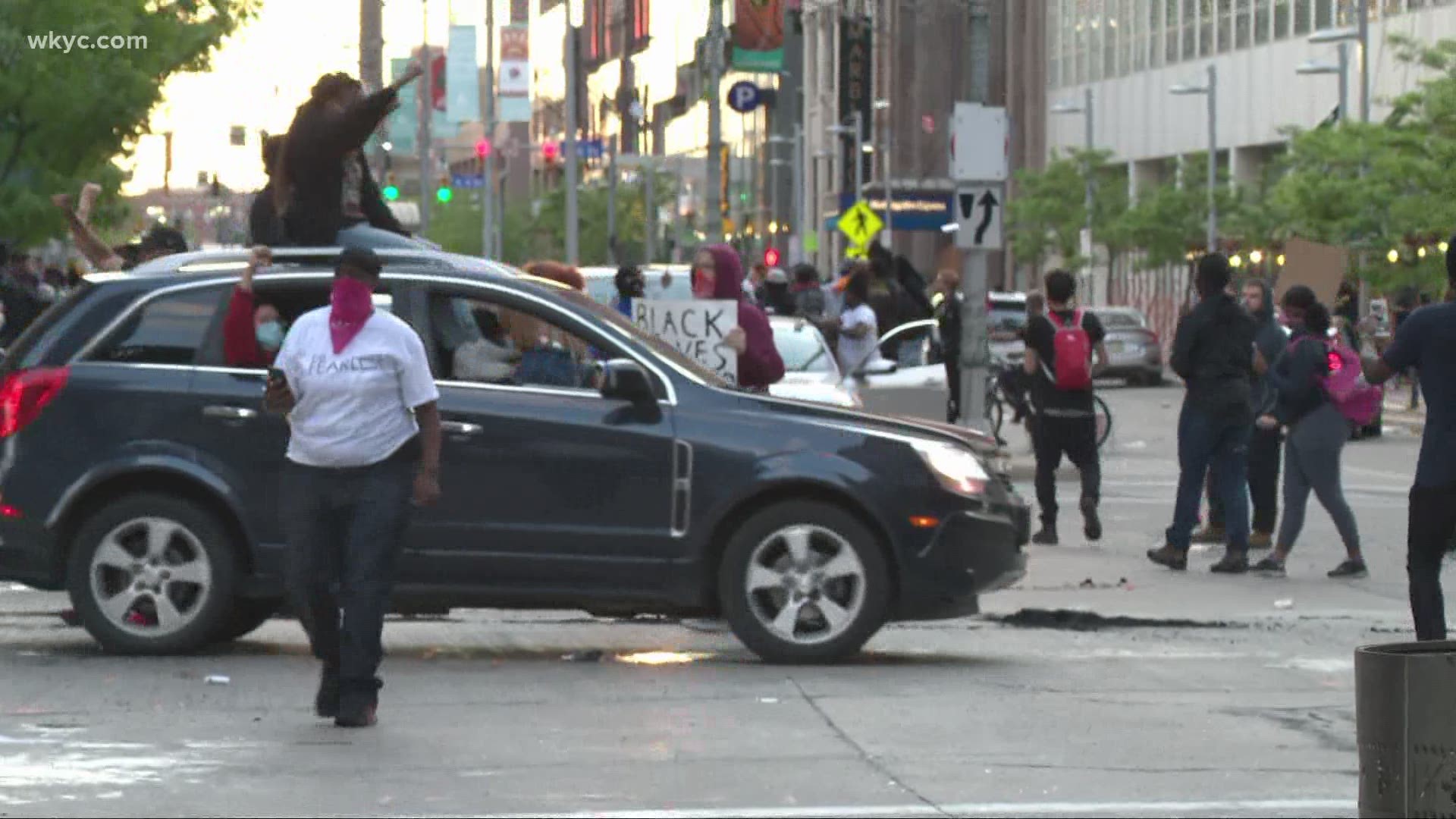 The 50-page document goes hour-by-hour as to how demonstrations downtown began peacefully with citizens assembling at the Free Stamp sculpture, then escalated to civil unrest and culminated in violence and property damage throughout the area.

TIMELINE: How the George Floyd demonstration turned into rioting in downtown Cleveland: A look at the hour-by-hour events

On the day of the demonstration, police appeared unprepared for the size of crowd and unprepared to contain flash points of violence in and around the central business district, which left more than $6 million in damages and business loses, according to an earlier assessment by the Downtown Cleveland Alliance.

Though the city had about 800 officers on duty that day, according to the review, the division could have done better.

“One of the mistakes that we made as a division is the staging of assets, police personnel, not just around the justice center and lakeside itself, but in different places downtown," he said. "In the event that things became mobile, which they did, that was a mistake on our part.”

But by midafternoon, some clashed with police outside the Justice Center. And later, others began smashing windows and looting along Euclid Avenue, leaving business owners fearing for their safety.

“I've never seen anything like it. It looked like a war,” said Kelly Kandah, owner of Colossal Cupcakes. “It looked like something out of a movie. Where did it come from? It didn't look like that on television. I got into the store, I locked it. The next thing you know, someone was chasing you with, like a metal pipe all the way into the bathroom where I met the staff. I was on the phone with 911. I thought they were trying to kill us.”

Kandah, whose business is receiving assistance through the city's grant program for businesses damaged May 30th, praised police for getting to her and the staff and later arresting one of the people who broke into her store, which was locked at the time. She said she said the "comeback will be better than the setback" and hopes to reopen the downtown store this winter. (She said her North Olmsted store remains open.)

Williams said officers did a good job in the face of violent confrontations. and police didn’t retreat from hot spots, though police were not at the corner of Euclid Avenue and East Ninth Street during a critical hour of rioting, which was witnessed by 3News.

“As I stated, probably our biggest mistake was not staging assets in other places on the outskirts of the protest area itself," he said. "We didn't pull back from any areas. We were actually trying to get to areas. And the issue was if we had resources state, say, at Gateway District, we had resources staged for the east or west of downtown, we would have been a lot easier to get those resources to places like 9th Street and the Gateway District and other places.”

In the course of the unrest, confusion began to occur as faulty information started to be relayed. The report says at 5:57 p.m., an officer transmits that, “The County Sheriff's telling us that they’ve made [it] inside of the JC (Justice Center).” Then, at approximately 5:59 p.m., the same officer transmitted the following: “81 to Command Bus." After the Mobile Command Vehicle dispatcher responded with “Command bus. Go ahead.,” the officer stated: “County Sheriff's saying they’ve made it inside the JC, they’re in the County Clerk’s Office, they’re trashing the place.”

It was later determined that a Cleveland Division of Police officer relayed this information by request from an unknown Sheriff’s Deputy. There was no breach of the Justice Center.

Williams added that despite the city's best efforts, they would have needed to call in the assistance of every uniformed officer in the city to even slightly avoid the trouble that the protests devolved into.

RELATED: 10 indicted for alleged crimes committed during May 30 Cleveland riots

"For what went on that day, with our officers being attacked, I think they did a very good job," Williams added.

According to the report, three police zone cars and numerous government vehicles were lost during the riots. According to the arrests records from that night, there were 70 arrests, including three juvenile arrests resulting from the civil unrest downtown.

Howard said the city applied what it learned from May 30the riot to its management of the demonstrations at the first presidential debate in late September, which went off without any major incidents.

You can read the full report below:

The chief also said that while he does not have the exact numbers as to how many officers are under internal investigation from the department, Williams did say that there were seven official complaints filed against officers pertaining to May 30.

Chief Williams included additionally that "three or four" of the aforementioned complaints were linked to one officer, alone. There were also 12 complaints submitted to the city's Office of Professional Standards.

You can watch the full briefing from the City of Cleveland in the player below: