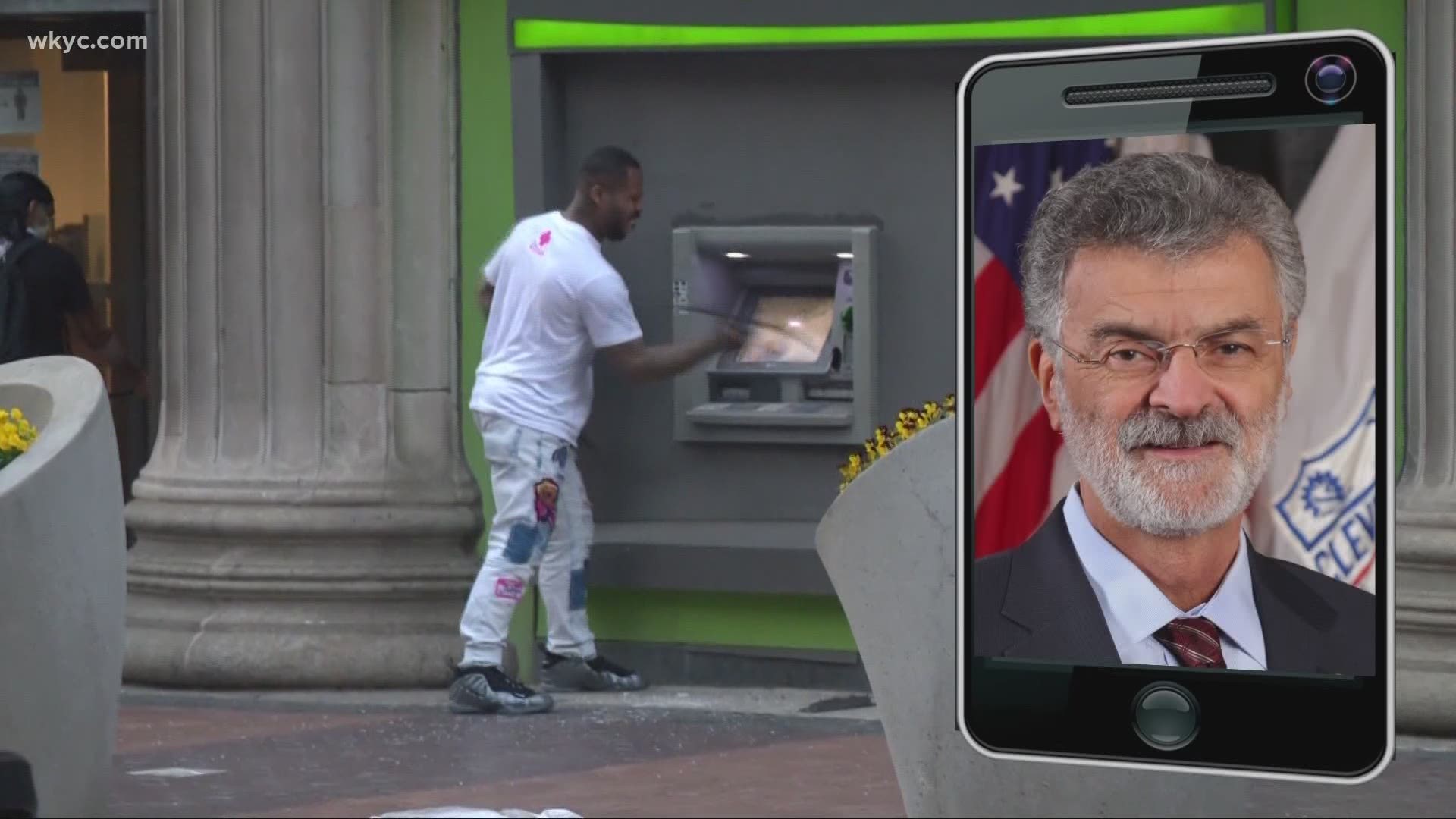 CLEVELAND, Ohio — City leaders have received both praise and criticism about how protests an subsequent unrest were handled Saturday.

While hundreds of protesters walked through the streets peacefully there was a group that turned violent, attempting to break into the Justice Center.

Cleveland police assisted sheriff’s deputies. They say bricks, bottles and urine were thrown.  Commanders tried to get them to stop but they kept going.

“Their whole intent was to destroy property and injure police officers,” explains Williams.

At some point people started breaking into and looting downtown businesses.

“In hindsight can we look at it and say well, if we have another hundred policemen would that have made a difference, some, but I don’t think it would’ve stopped everything that happened.”

Williams says afternoon officers were staging near First Energy Stadium but they had trouble maneuvering safely through the city.

“During any of these civil unrest periods police vehicles become the main target and if we bring people up in vehicles they start assaulting those vehicles,” he explains.  “It puts the officers in more danger than if they’re on foot able to utilize their shields and things like that to fire pepper spray and stuff to keep the crowds off them.”

“It was a combination of things so we had to really regroup, coming from different directions, get vehicles ,use the sheriff’s prisoner bus actually to transport people, our folks into the middle of downtown so we can put officers on foot from there to start dispersing, violent activity that was happening further into downtown,” says Williams.

He says they were prepared.

There is also criticism that the police chief wasn’t seen downtown after making appearances at past protests and that the mayor didn’t address the public until early Sunday morning.

The mayor says they waited until the city and property were secured and people were safe.

A curfew was a put in place and officers were sent into other neighborhoods to prevent more violence.

“This was a different type of event, this was not the RNC (Republican National Convention,) this was not the Tamir Rice protest, the folks in those protests, they came to actually air their grievances and for us to hear them,” says WIlliams.

“The people that came here on Saturday came to destroy our city plain and simple, to inflict as much damage and harm on our city as possible, they weren’t going to listen to anybody.”

RELATED: 'Where was the mayor?' Cleveland businesses question city's response to looting, destruction

RELATED: Cleveland curfew: Who and what is restricted