Cleveland Mayor Frank Jackson signed an ordinance which would allow transgender citizens to use whatever restroom they like. 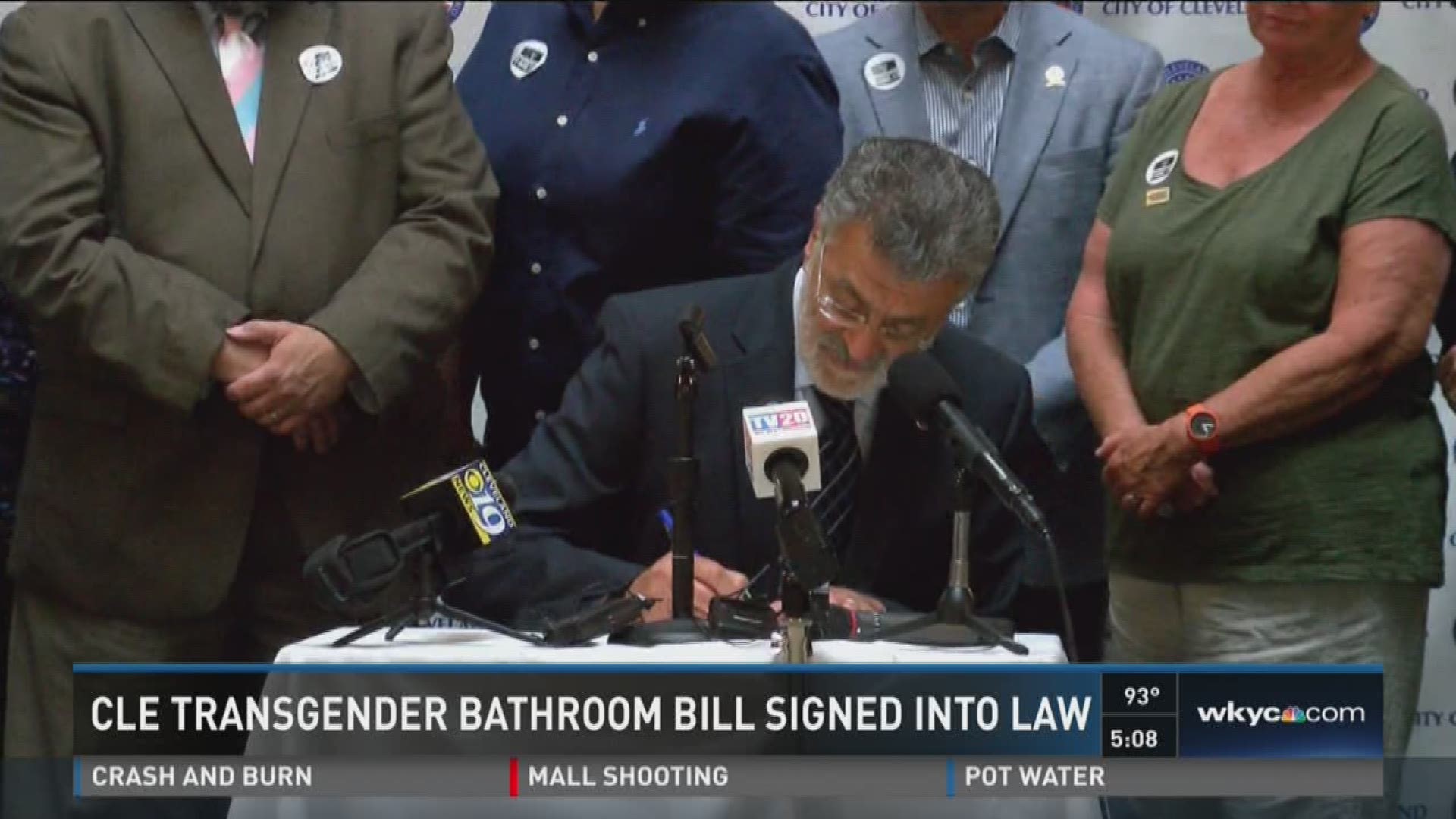 Cleveland Mayor Frank Jackson signed into law an ordinance, which would allow transgender citizens to use whatever restroom they like.

A minimum of a $1,000 fine was imposed and a 3-month jail sentence was put into place. City council also removed mandatory minimum penalties associated with violating the city's anti-discrimination ordinance.

The LGBT Community Center of Greater Cleveland took a picture with Mayor Jackson after the signing and posted the photo to its Twitter account.

"Community members and community leaders came together to teach Cleveland who transgender people are," said Jack Nash, an activist in transgender issues.

Many clergy members expressed concern about the measure with the original proposal containing exemptions for religious groups and small businesses.