Wilbert McCormick was gunned down last July while walking with his wife in Forest Hills Park. 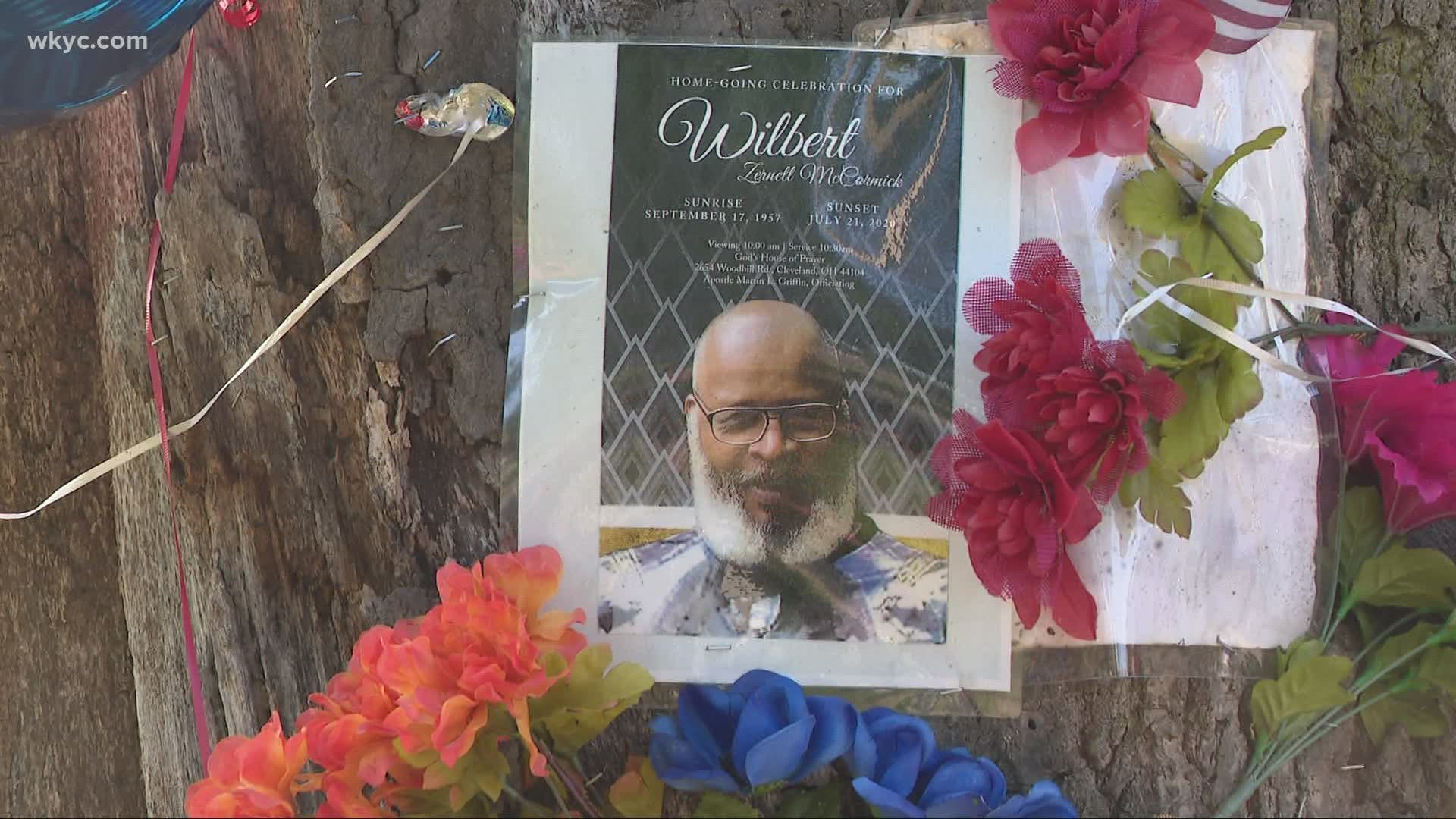 CLEVELAND — Friends and family gathered Wednesday evening in Forest Hills Park for a public memorial vigil for Wilbert McCormick, a former Cleveland firefighter who was shot and killed last summer.

McCormick, 62, was gunned down last July 21 while walking with his wife near Arlington and Eddy Roads. He later died from his injuries at University Hospitals Cleveland Medical Center.

"It has not been the same," Venita McCormick said of losing her husband. "We walked all the time, and this is where my husband's life ended."

Exactly one year after his death, McCormick's killer remains on the loose, and loved ones are continuing to rally for justice in the case. This was one of the first public celebrations of McCormick's life, as his 2020 funeral was limited by the COVID-19 pandemic.

"A guardian of this city, day in and day out," Cleveland Fire Chief Angelo Calvillo, who attended the vigil along with other members of the department, said of McCormick's legacy. "To go down like that, it’s truly a tragedy."

Venita and Wilbert are no strangers to tragedy in their family. Back in 2016, their son Lennell died after being hit by a car on Kinsman Road near East 69th Street. The vehicle sped away, and the driver remains at large five years later.

"There has not been enough action on my son's case," Venita told us. "I don't want my husband to go down the same. He doesn't deserve it, neither does my son."

Police say the case remains open. Anyone with information is asked to immediately call Cuyahoga County Crimestoppers at (216) 252-7463.