The former First Lady had plenty to share with her fans. 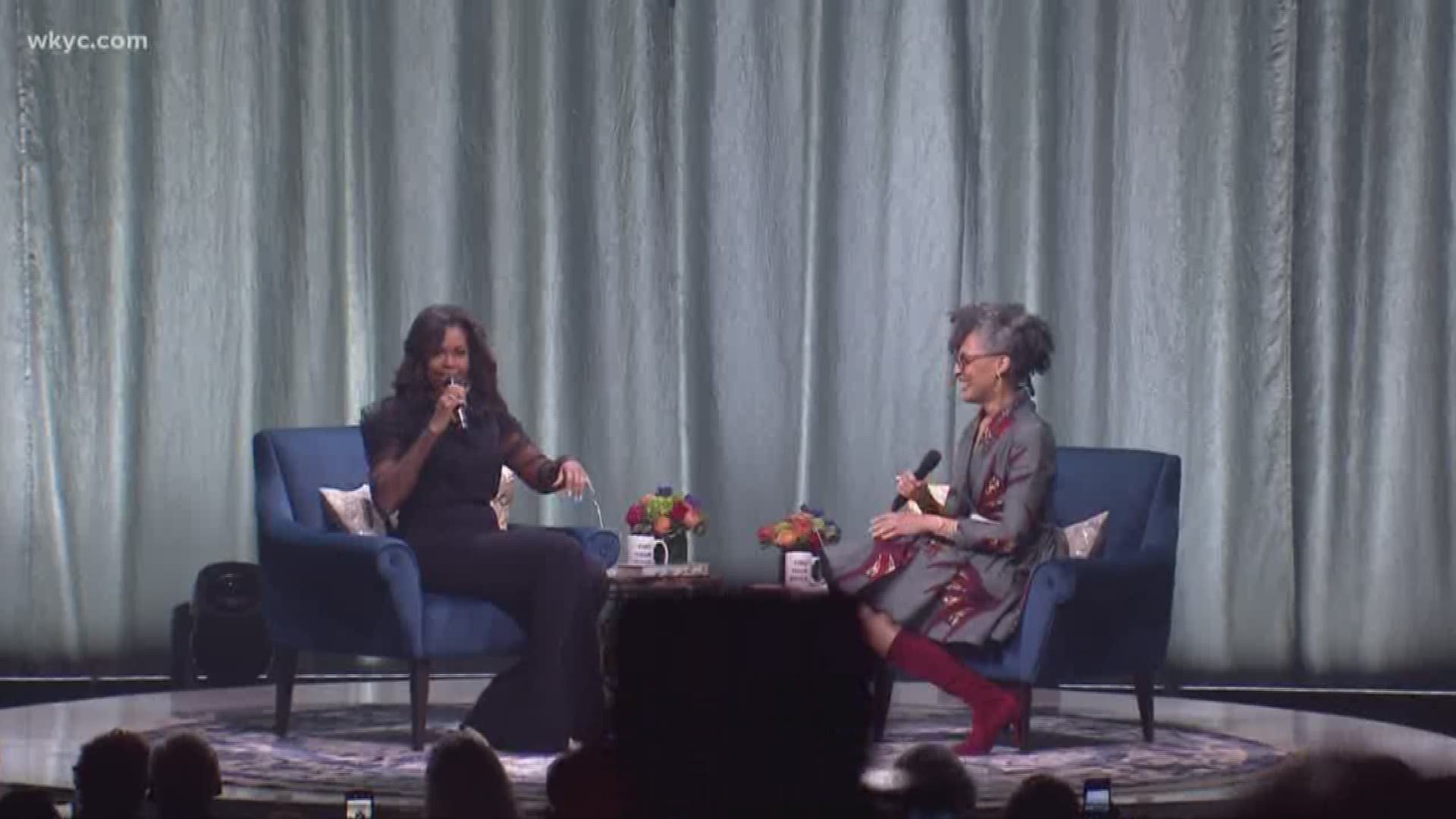 CLEVELAND — Michelle Obama has never been afraid to speak her mind.

And when she speaks, the room falls silent.

On tour to discuss her New York Times Best Selling book "Becoming," the former first lady had the attention of the KeyBank State Theatre at Cleveland's Playhouse Square Saturday night.

Obama discussed a range of topics, from her pet peeves to raising two young girls in the White House, and how the lessons she's learned through motherhood have influenced her work.

Amid all the misinformation and rumors that have engulfed her family since her husband took office in 2008, Obama said her book provided an opportunity for her to speak her own truth and added that her status as a role model made it easier for her to open up.

Despite her successful book which has sold out its tour across the U.S. and the whispers that she could run for office, Obama extinguished those rumors.

"Politics is a tough thing which is, sadly, why I'll never do it," she said. "Politics stops us from hearing each other. I don't care about the power, I care about the change."

"I'm not going to run for anything."

Obama also recalled what it was like when Barack ran for office and how his presidency changed life for their family.

The adjustment began before Barack was even sworn in, as early as the night he was elected as the family watched the results from a Chicago hotel.

"You start to see your life spinning out of control in that little hotel room," Obama recalled.

Raising two young daughters in the White House required the biggest adjustment as the family also had to navigate the nation's political climate, which meant combative political parties, death threats and racist commentary.

"Having young kids, you want to raise with some values and sense, I had to say, 'We will not live here forever,'" Obama said. "This is the time when you teach kids values. All that happens here."

The main takeaway Obama wants her book readers to understand is that they must overcome their fears to live a fulfilling life, adding that she was "just checking boxes" before her husband taught her how to live a life of purpose.

"I found getting over that fear and getting to that new place, that's where your growth is," she said.