Mother accused of killing, burying son may have sold his food stamps to caseworker

Cuyahoga County Prosecutor Mike O'Malley said the west-side mother accused of killing and burying her son in her backyard was also selling off his food stamps. 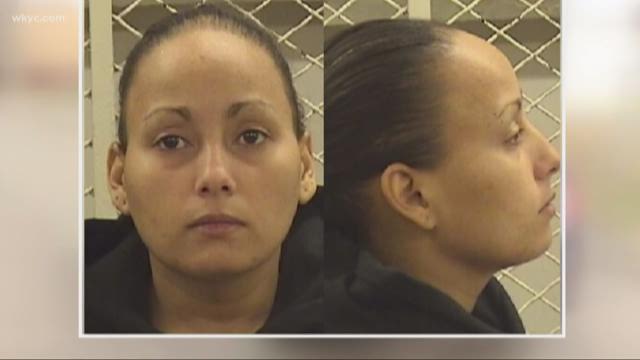 On Wednesday, Cuyahoga County Prosecutor Mike O’Malley said the west-side mother accused of killing and burying her son in her backyard was also selling off his food stamps.

Last month, a tip from Larissa Rodriguez’ boyfriend’s brother led to the discovery of her 5-year-old son, Jordan, in her backyard.

The boy was developmentally disabled. His corpse showed signs of abuse, including broken ribs.

Rodriguez, a mother of nine, was living in Cleveland’s Detroit-Shoreway neighborhood.

Last month she was charged and on Wednesday her boyfriend, Christopher Rodriguez, was too.

So, too, was Nancy Caraballo, a family caseworker, who allegedly bought more than $10,000 of their food stamps, paying 50 cents on the dollar.

Caraballo had worked for Catholic Charities in a program called “Bright Beginnings,” which is funded by Cuyahoga County and the State of Ohio.

Prosecutors claim she had not been doing her job, either.

“The home was infested with bedbugs and cockroaches and it was a very disgusting, unlivable situation,” Mike O’Malley said. “As a mandatory reporter she [Caraballo] would’ve been obligated to report these gross abuses that she [Rodriguez] was committing upon these children.”

“The system put in place was taken advantage of and those who were supposed to benefit from the system, those children, ended up on the short end here,” he said.

Social workers once revealed in court documents they found a child eating a sandwich filled with cockroaches inside Rodriguez’s home.

Caraballo currently faces up to 50 years in prison for food stamp trafficking. If prosecutors can prove her purchases contributed to Jordan’s death, she could face more charges.

“If in fact we can tie this deprivation in food to this child, if we can tie that to his homicide,” O’Malley said.

On Wednesday, Catholic Charities confirmed to Channel 3 News that Caraballo had been terminated.

In a statement, a spokeswoman clarified that her position required “visits up to twice per month, averaging 60 minutes each,” and added “We are shocked and disappointed that this former employee violated our policies.”

Prosecutors say they are looking at whether she may have purchased food stamps from other families too and say she began buying from Rodriguez as early as 2015, perhaps earlier.