The Metroparks, with the backing of the City of Cleveland, wants to replace the sidewalk on Lake Avenue with a 10-foot wide concrete path. 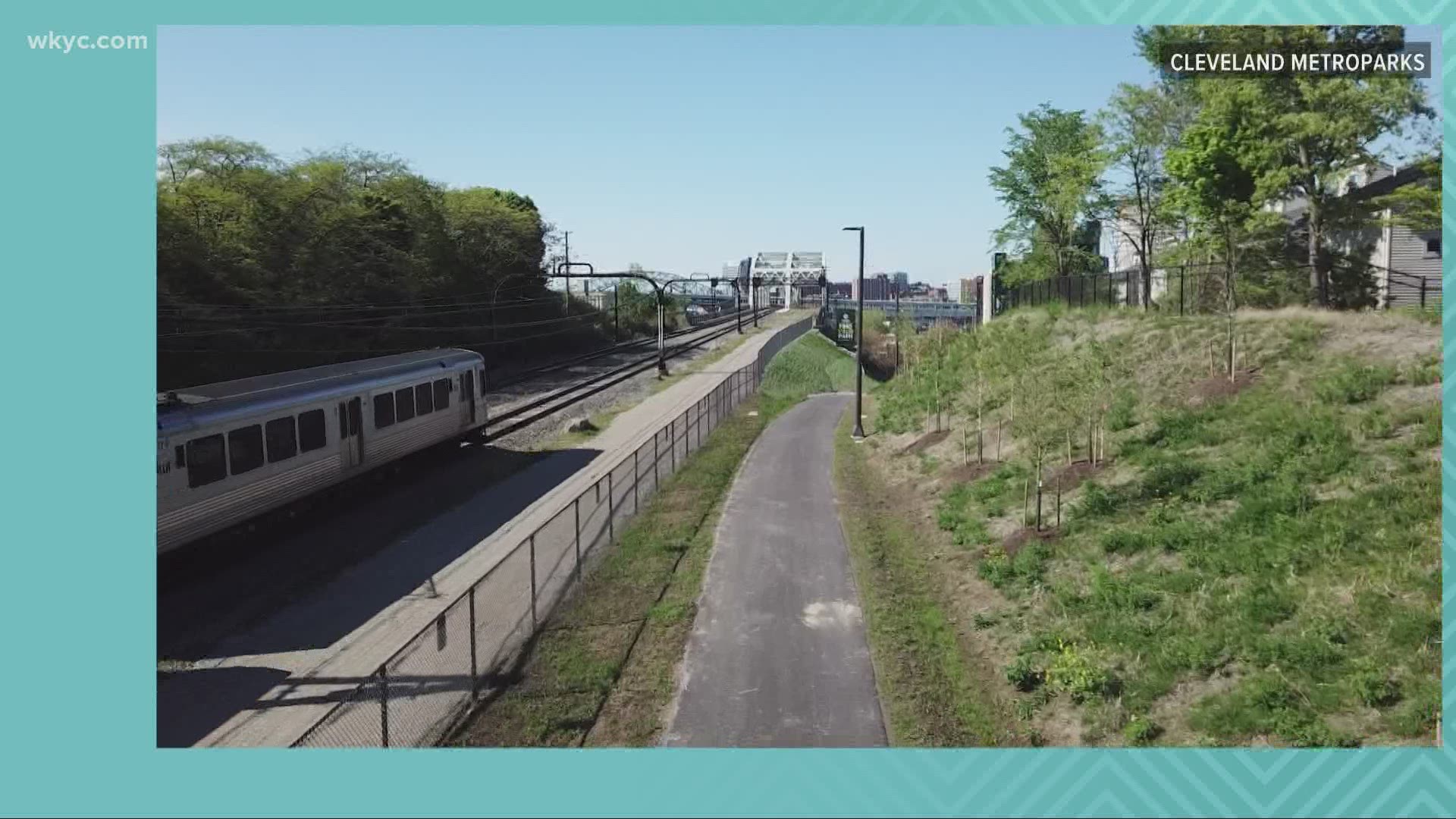 CLEVELAND — The Cleveland Metroparks, which continues to grow its system of bike trails, is about to begin work on a small link through the Edgewater neighborhood, one of Cleveland's most popular and pricey residential areas.

However, the plan known as the Lake Avenue Sidewalk Enhancement Project, is drawing mixed reaction from residents who are just learning details.

The Cleveland Metroparks has been creating unprecedented connectivity to parks and trails around the city and region. Just last month, it celebrated the opening of the Redline Greenway that linked eight West Side Neighborhood with a new two-mile trail.

The Edgewater neighborhood includes nearly a mile stretch along Lake Avenue between Edgewater Park and the Lakewood border at West 117th Street.

The Metroparks, with the backing of the City of Cleveland, wants to replace the sidewalk with a 10-foot wide concrete path as link between the park and future roadway-bike lanes in Lakewood. It's being promoted as a way to improve the sidewalk for residents -- and a way to attract bikers, walkers and those on rollerblades.

The Metroparks is taking the responsibility of maintaining the new sidewalk as a part of a pilot program with the city. The sidewalk will be built on the existing tree lawn, which the city of Cleveland owns.

Residents were recently invited to a series of online meetings. Some were upset over safety concerns, the possible of loss of trees, and change of look.

"This is turning into big brother situation where Metroparks is telling us what's good for us. This is a residential neighborhood. It's not a park. This is not one of their golf courses, it's not the zoo where that stuff is perfect and they do the changes and makes improvements. But not my personal home," says resident Mark Matteo.

“Edgewater is a unique neighborhood and we understand that. The street trees are mature and established and we have and will do everything to protect them. What we are not trying to do is engineer the typical bike path. That’s why we are looking at the existing sidewalk and will make the new one fit that design," he told 3News.

The Metroparks has several more small-group meetings planned with homeowners to walk them through the changes. And there is large public meeting planned for June 15 for the entire community.

You can read more about the Lake Avenue Sidewalk Enhancement project from the Cleveland Metroparks here.

Editor's Note: The below video is from an unrelated story that was previously published