New details on Hyperloop travel from Cleveland to Chicago

Could a Hyperloop be coming to Cleveland? 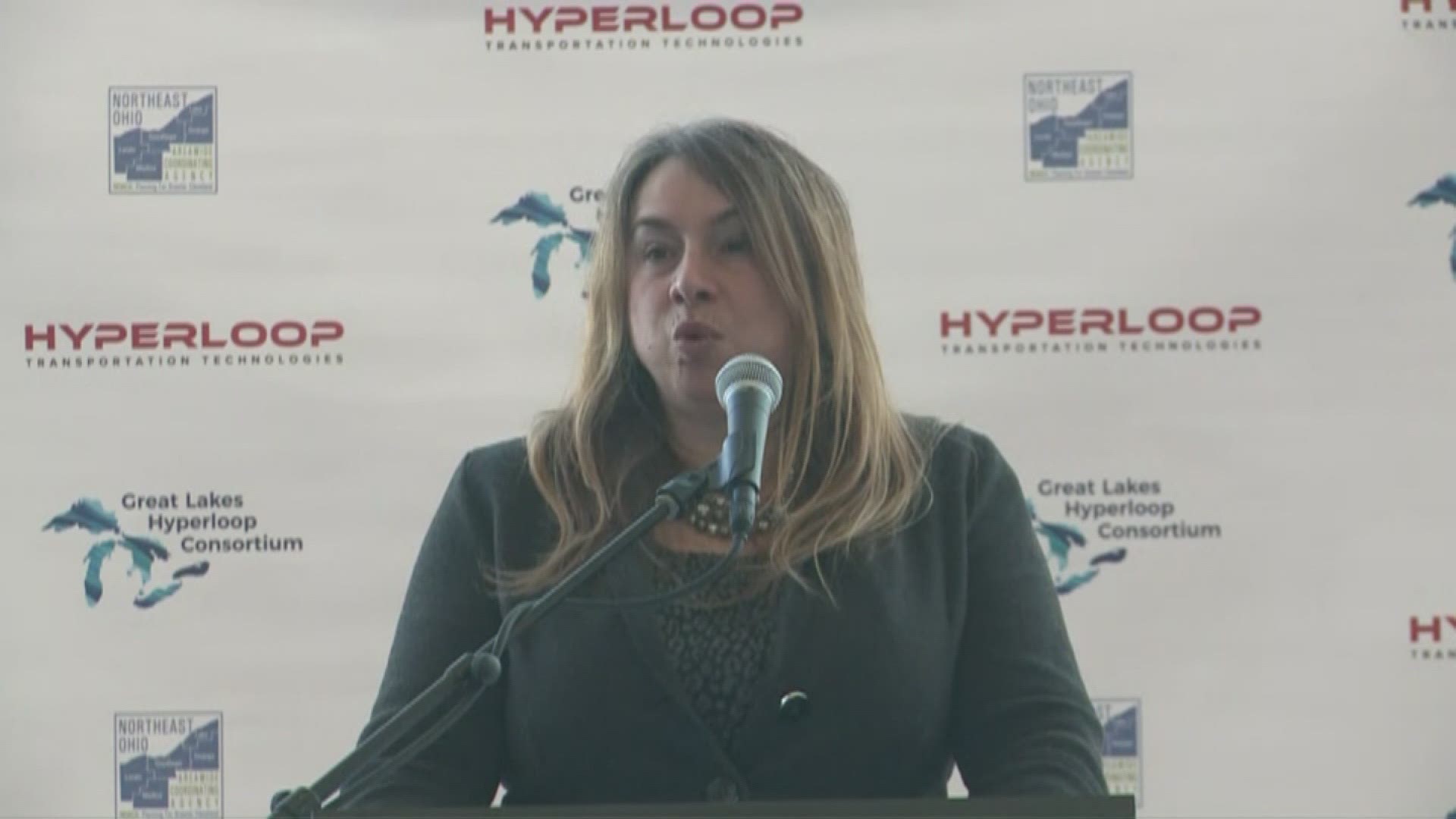 CLEVELAND -- Technology's dream of constructing a Hyperloop could start in Cleveland.

Hyperloop Transportation Technologies (HTT) says it has an agreement in place to begin a $1.2 million study on a potential route between Chicago and Cleveland.

Officials announced during a press conference Monday morning that the Cleveland Foundation awarded $200,000 to partner in the Hyperloop venture.

Those connected to the project joked they would be able to travel to Chicago for a deep dish pizza and have it faster than getting local delivery by using the Hyperloop.

According to a news release, the Northern Ohio Areawide Coordinating Agency and Illinois Department of Transportation are on board with the study, which would examine the feasibility of a Hyperloop route between the two cities.

The tube-like transit system is the brainchild of SpaceX founder Elon Musk.HTT says a Hyperloop route between Cleveland and Chicago could trim the five-hour drive to less than a half hour. Several potential routes have been planned for the study.

"We came here because places like Cleveland, Chicago and Pittsburgh have the manufacturing, the raw materials and the talented, hard working people in order to make it happen," Andrea La Mendola, chief global operations officer of HTT said in the release. "We can source everything from this area. This is a place where you make big things."