A new island on Cleveland's east side? The Metroparks wants to make it happen!

Sediment dredged from the bottom of the Cuyahoga River would create the new parkland, which would be connected by various trails. 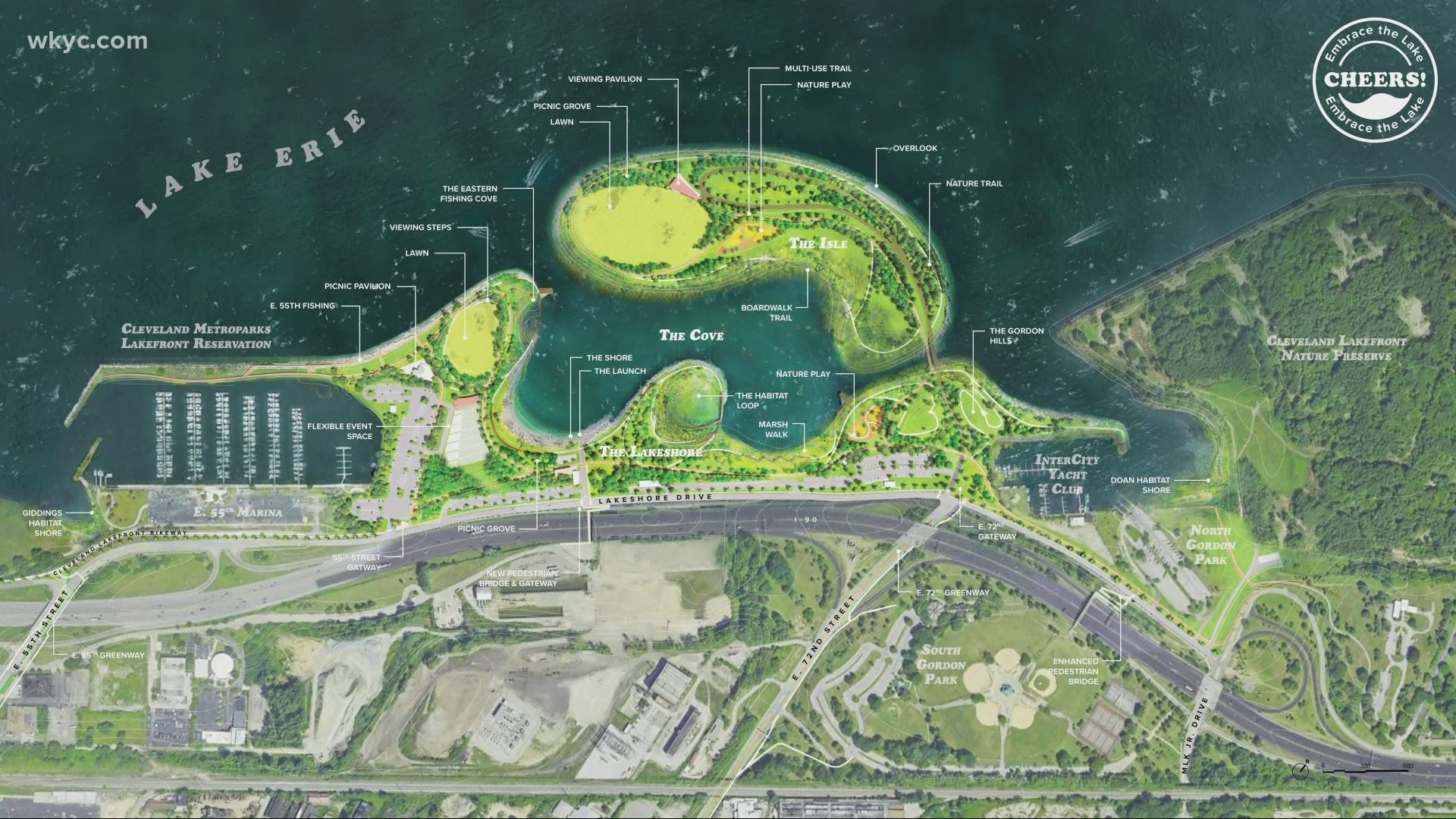 CLEVELAND — What's next for the Cleveland's lakefront? How about a new Lake Erie isle?

For the first time, the Cleveland Metorparks is sharing a draft plan to create roughly 80 acres of green space by widening the east side shoreline and creating an island off-shore between the East 55th Marina and Gordon Park. Sediment dredged from the bottom of the Cuyahoga River would create the new parkland, which would be connected by various trails.

The plan would make the lakefront more accessible for Cleveland neighborhoods, create a habitat for birds, and provide a buffer for I-90.

"We're trying to renew that faith in the east side of Cleveland proper, East 55th to East 72nd Gordon Park area," Cleveland Metroparks CEO Brian Zimmerman said. "It really means collaboration, and it really means a lot to the community to really talk about what a new development for park and green space and infrastructure improvements can happen on the east side of Cleveland."

The Cleveland Harbor Eastern Embayment Resilience Study, or CHEERS, is a year-long study that hopes to attract funding opportunities from local, state and federal dollars. Many agencies--including ODNR, ODOT, the Port of Cleveland, and others--are involved.

While it won't for roughly 15-20 years, Zimmerman says it's possible, and that we’ve seen it before.

"In my mind, it's almost like building blocks," Zimmerman said of completing a small part of the project with unique funding partners. "It's a very stackable project that will take time. This is no different than how Edgewater Park was created.

"Edgewater didn't look like [it does] years ago. It was filled and it's moved out, and this can be the next iteration. I know there's conversation about dredge and dredge material, but we want to make sure we're partnering and it's clean and we can really provide this wonderful atmosphere."

The Metroparks wants to hear you reaction; there's an online meeting to gather feedback Thursday at 7 p.m. There are also some physical "walkshops" on-site this weekend.