The National Weather Service is advising that those in Cleveland stay home if possible and remember to avoid water-covered roadways. 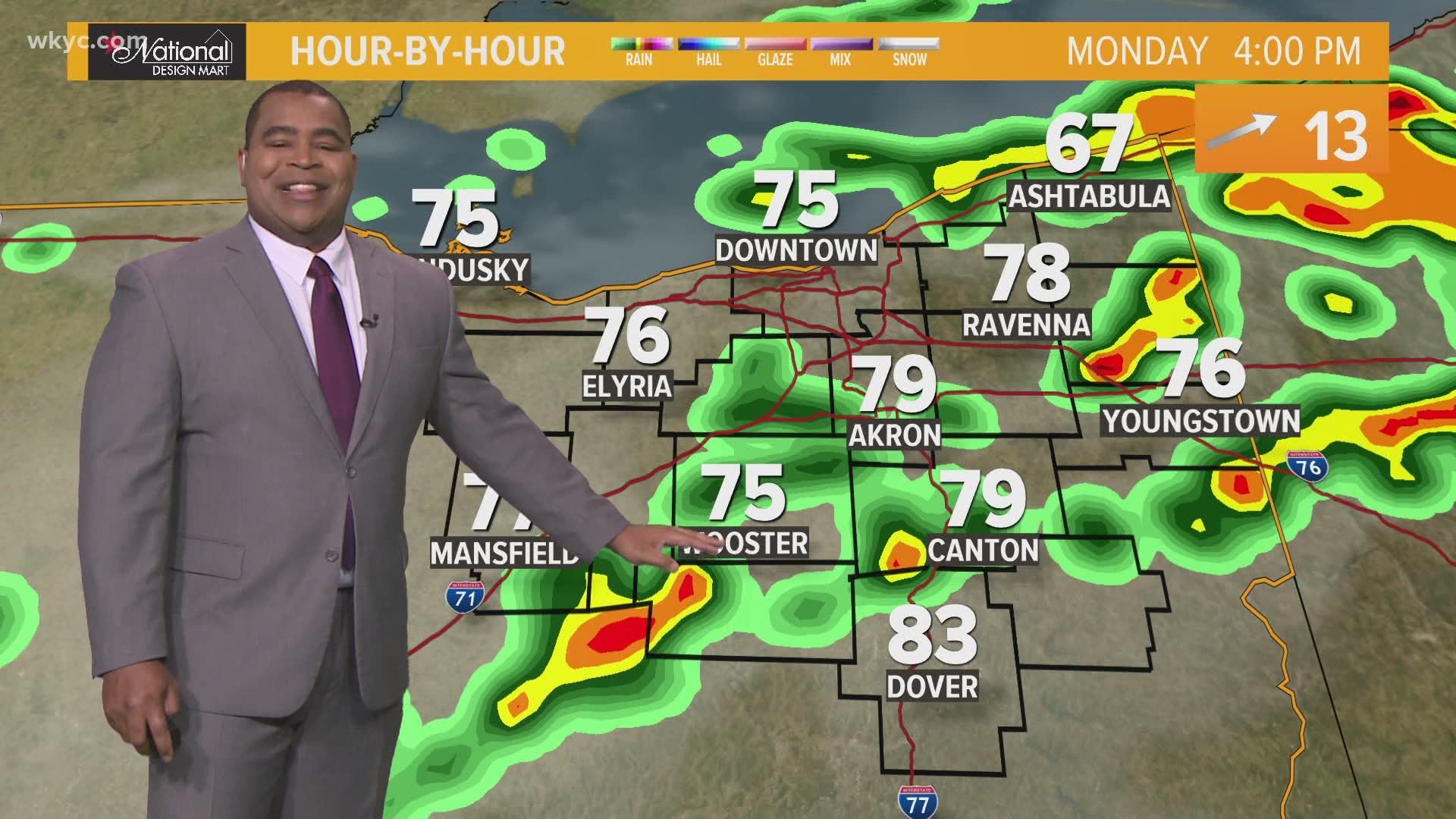 CLEVELAND — Due to reports of flooding in the area, the National Weather Service is advising that those in Cleveland stay home, if possible, on Monday.

"We've received numerous reports of flooding in the Cleveland metro area," the Cleveland National Weather Service posted in a tweet at 12:33 p.m. on Monday. "Stay home if possible and remember to avoid water-covered roadways if you need to travel today."

Earlier on Monday, Cleveland Police asked drivers to please avoid Martin Luther King Jr. Blvd. The warning comes after multiple drivers have found their cars stuck in the area, which has been hit especially hard by Monday's rain. According to the Northeast Ohio Police scanner, some cars had even become submerged, with at least one driver climbing onto the roof of his car to flag down a rescuer.

3News cameras confirmed the nature of the flooding that was occurring in the area, which can be seen via the slideshow below.

As a result of Mondays' rain, the National Weather Service has extended a Flash Flood Warning in several Northeast Ohio counties until 2 p.m., including the following:

The National Weather Service noted that between 1 and 2 inches of rain has already fallen with an additional 1.5 to 2.5 inches possible.

“This additional rain will result in minor flooding,” officials with the National Weather Service in Cleveland warn.

As a result of Monday's storms, several counties in the area have also found themselves experiencing power outages. As of 12 p.m., nearly 6,000 in the area were without power, according to FirstEnergy.

Keep it locked on WKYC.com and 3News throughout the day for continuing coverage of Monday's weather conditions, including updates on the number of power outages in the area and the potential for an extended Flash Flood Warning.