Police Chief Calvin Williams said the man was wanted on two violent felony warrants, including one for homicide. 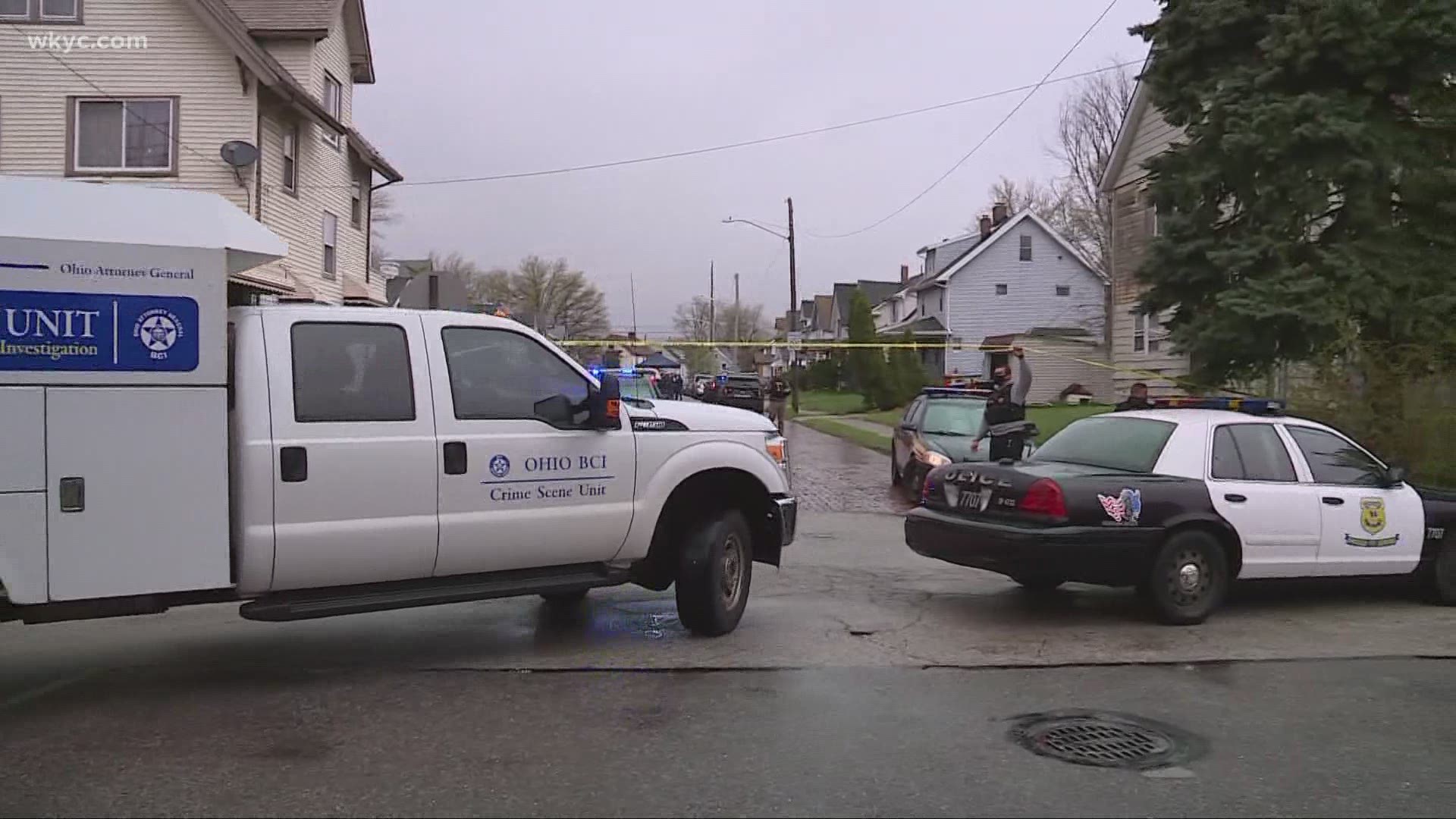 CLEVELAND — A heavy police presence descended on Cleveland's east side Thursday morning after Cleveland police shot and killed a man who aimed a gun at them during a pursuit.

Cleveland Police Chief Calvin Williams said the situation started around 4 a.m. when officers in the 4th district received a call about a man "wanted in connection with crimes and victimizing people in this very community." Officials later clarified it was along the 13600 block of Beachwood Avenue in the Corlett neighborhood.

Williams says the man "got away," but police returned to the area after receiving a call later in the morning.

"They [officers] actually spotted that person," Williams continued. "[After] a short foot chase into a back yard, the officer encountered the person, ordered him to put his hands up, to get down. That person, basically, turned on the officer, pulled a gun from his waistband in which time the officer fired his weapon. Right after that, additional officers responded and administered first aid to that individual."

Here's drone video from the scene:

"I don’t know if the suspect actually fired, but the suspect did produce a weapon," Williams added. "That weapon was recovered right there on the ground by the suspect."

The Cuyahoga County Medical Examiner's Office confirmed the man's identity Friday as 25-year-old Innes Lee Jr. Williams said he had two violent felony warrants, including homicide. In a statement released Thursday evening, City Hall said the suspect was accused of killing a 48-year-old woman and injuring a 26-year-old woman in a shooting back on Sept. 1.

"We came because we got a call," Williams said. "That citizen that called us wanted to be safe and secure and walk in the streets without having this person terrorizing. Unfortunately, it ended tragically. We're definitely sorry for that, but we’re also glad that none of our officers were hurt and that innocent citizen can now have a little bit of peace in their life."

The chief also said all officers involved were wearing body cameras, and 3News obtained a copy of the footage from the officer who filed the fatal shots. You can watch portions of it in the player below (NOTE: 3News has elected not to air the moment the suspect was killed):

"As soon as we can get to a point in the investigation where the sheriff’s department has all that information, has a chance to review it thoroughly and document it, then we will release some body cam footage of this incident," Williams said.

The Cuyahoga County Sheriff’s Office is conducting the investigation, which will be reviewed by the Ohio Attorney General once it’s concluded.

Jeff Follmer, president of the Cleveland Police Patrolmen’s Association, has also addressed the situation. He said responding officers heard a door slam and saw a man fitting the suspect's description trying to get over a fence. When the individual couldn't get over the fence, he allegedly came toward the officer and pulled a gun. Follmer said the officer shot the man when they were roughly 10-15 feet apart.

"It was confirmed that he was wanted on a murder warrant," Follmer said. "I think they’ve been looking for him for the last couple of days.”

Follmer said the officer involved in the shooting has been on the force for approximately 10 years.

Chief Williams is not releasing the officer's name at this time.

“This comes back to our officers responding to a call from our citizens about a person that has victimized this community time and time again," Williams said. "Tragically, it ended in gunfire.”

Cleveland's Director of Public Safety Karrie Howard also addressed the situation with the following statement: “The city has been crying out for an answer to gun violence. Gun violence terrorizing the citizens that live in the city is unacceptable. Those who are committing violence need to stop. Our officers will pursue those who are terrorizing the city, terrorizing citizens. This is a potential outcome of answering that call to protect the city. This investigation is ongoing, the sheriff is handling it. You’ll get more information as the investigation develops, but the biggest thing is that this is a person who has been terrorizing the city. It’s unfortunate that it ended this way, but this is the product of gun violence.”

We streamed live video from the scene for several hours, which you can watch in the player below: