A training program at the Lake Erie Correctional Institution hopes to offer inmates a head start on a second chance. 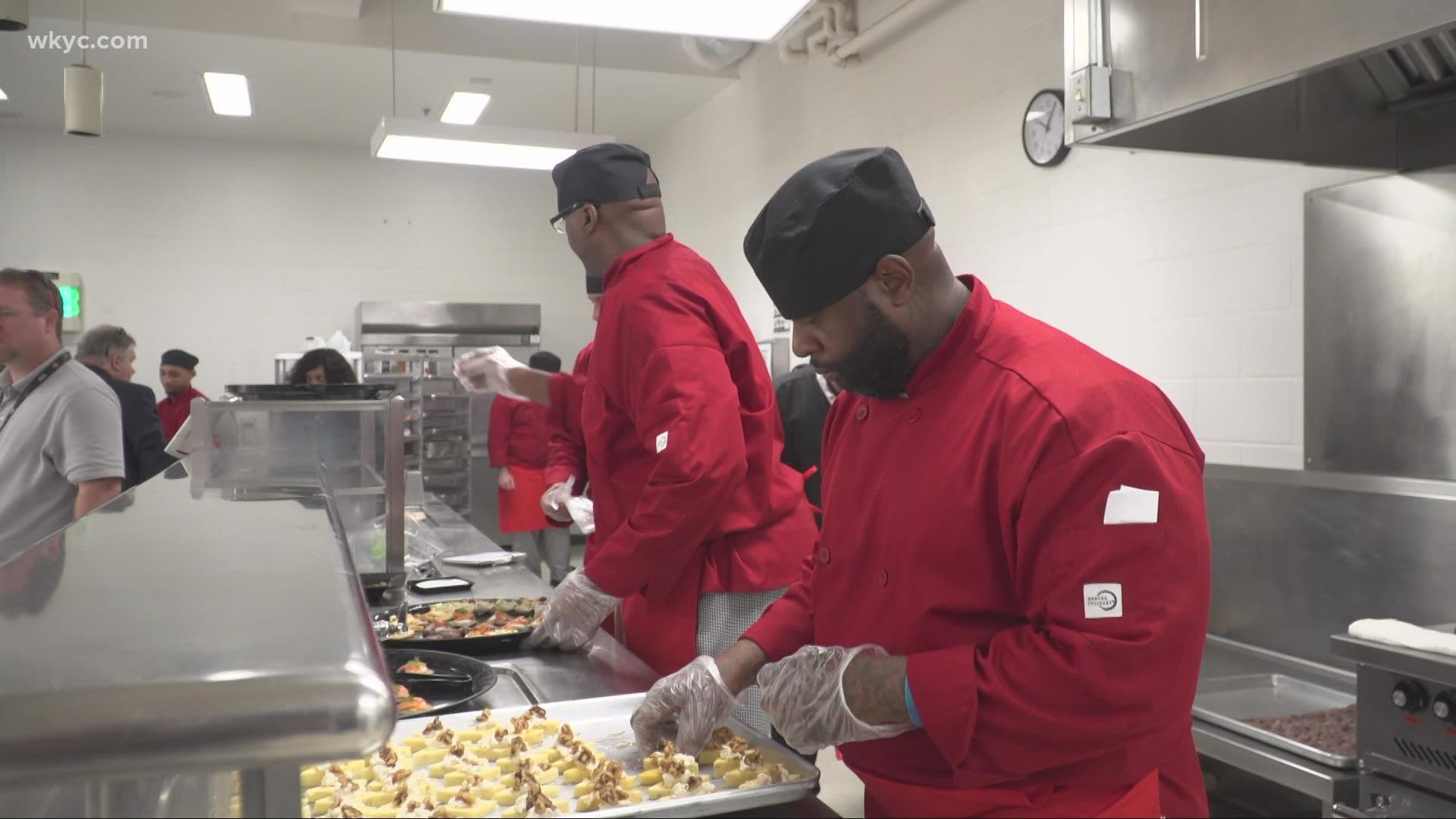 CLEVELAND — The pandemic has battered the restaurant industry, forcing many eateries and bars to close. But even as customers return, businesses are struggling to find enough workers, especially in the kitchen.

For years, restauranteur Brandon Chrostowski of Edwins has been offering a recipe to help train more workers by teaching ex-offenders the fundamentals of culinary arts.

In Ohio, there’s another effort independent of Chrostowski's work, but with a similar mission to give people second chances. It will also potentially help the restaurant industry recover from the pandemic.

An hour’s drive from Cleveland’s restaurant scene, a 50-acre campus sits just off the main road in quiet Conneaut.

It’s not a school, but a privately run prison housing 1,700 men convicted of theft, assault, and other crimes that earned them time at this medium-security facility.

Like many prisons, the Lake Erie Correctional Institution is trying to teach inmates life and job skills to keep them from returning.

“In order to prepare these men for world we have to treat them like men and that’s what we are doing,” said Douglas Fender, Lake Erie Correctional Institution's warden. (The facility is run by private prison company CoreCivic.)

"This program is the quintessential example of what it is that we hope to be able to provide to the people in our care, so that they can leave us and hopefully never come back to see us except when I go to your world-class restaurant and you see my face and say, ‘Hey, I know her,’" said Jennifer Sanders, the superintendent of the Ohio Central School System, which runs education programs at state prisons.

Inmates who complete the six-month-plus program – which includes classes in food preparation, safety, and presentation -- will receive nationally recognized credentials from the National Restaurant Association and the American Federation of Chefs.

“[Credentials] give them instant credibility when they go into a food industry establishment to apply for a work. And it’s great time for them to find work,” said Dave Miller, the Chief Operating Officer of Trinity Services Group, which provides food service and the training program at the prison.

15 inmates are in the first class, including Shawn Cunigan, a 54-year-old Dayton man who’s spent half his life in prison.

"If I just stayed in that block, I'd do the same old thing, I'd do my time, I'd get out, and then be liable to go back to doing the same old things,” Cunigan said. “I'm not saying that I would, but it's there, and if I don't do something different, then I'm going to be right back into the same thing."

Cunigan hopes to impress his family when he gets out this time.

Initially nervous about his future, he’s already feeling a sense of accomplishment.

“Before I had to speak – and the chef knows – I would say the wrong words in my speech and the wrong things about food,” he said. “Today I feel like I aced it. I'm very proud of myself for what I've done, and I hope my family will be proud of me. I'm going to try to do better for myself and do better for people around me.”

The Ohio Department of Rehabilitation and Corrections follows the progress of inmates after they leave prison in part to gauge the success of training programs. So, it will be a while before we know if these inmates find a new life in the food industry.