In one week, ODOT will cut the ceremonial ribbon on the Opportunity Corridor, a project years in the making to connect I-490 with University Circle. 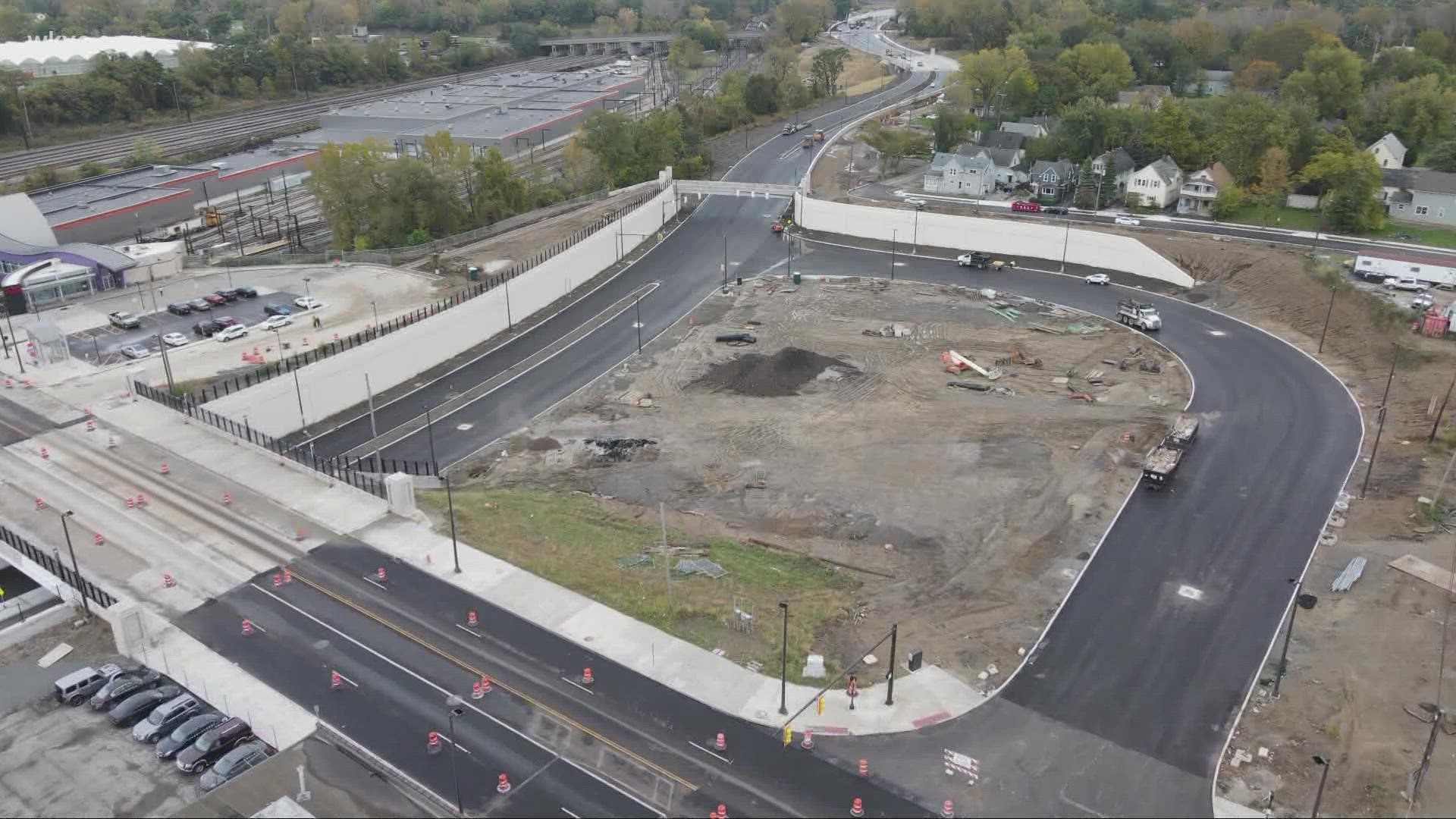 In one week, the Ohio Department of Transportation (ODOT) will be cutting the ribbon on the Opportunity Corridor, a project aimed at connecting Interstate 490 to University Circle that’s been many years in the making.

“The Opportunity Corridor Project is a project that came to fruition when we were studying the Cleveland innerbelt plan a couple of decades ago,” says Amanda McFarland with ODOT.

It’s taken just over $300 million and many years of studies, discussions, and planning.

McFarland says, “In 2004, it really took off again and then again in 2010, we really started hitting the ground running.”

That was followed by years of phases and construction, including the displacement of homes and moving businesses to make room. That added a lot of time to the project, but McFarland says it was time well spent.

“That does take quite a while to make sure we are relocating those folks in a home that is better than what they were in before, that’s a part of the agreement,” says McFarland.

In a week, all of that work becomes a light at the end of the tunnel, or a ribbon at the end of a road. The Opportunity Corridor, a three-mile boulevard running from I-490 at East 55th to University Circle, will finally cut the ceremonial ribbon on Wednesday, November 3.

McFarland says, “The whole point of this project is not only to improve the transportation system here, but it’s also to really revitalize this east side of Cleveland.”

The project’s mission is to make the nearly 1,000 acres on Cleveland’s east side more accessible. It should ease some traffic woes getting to University Circle, which as home to UH and Cleveland Clinic, is significant. Those involved in the project say it should make it easier for patients and emergency vehicles to get hospitals more quickly and easily. While the Cleveland Clinic says this is a plus, they’re also very excited about the potential of new economic development.

“We have looked at it from the standpoint of traffic count that will drive new business and attract new business,” says Vickie Johnson, the Senior Director of Community Development at the Cleveland Clinic. “Absolutely, it’s a transportation project and it’s an economic development project.”

While the road won’t be open on November 3rd to traffic, McFarland says it will be car ready shortly after. However, even then, they’ll continue adding landscaping, lighting, and other ancillary things along the route with a projected completion date of June 2022.

While it will take more time to get that picturesque view they’re hoping for, those involved are thrilled that the day of driving it instead of dreaming it, is very close.

“It’s really going to be very satisfying for our agency, as well as the city of Cleveland, to know how much this project is going to benefit the residents of Cleveland,” says McFarland. “It’s going to feel really great.”

RELATED: The show must go on... even with rising costs and supply chain troubles

RELATED: A little-used resource for homeowners with storm damage