Owens was shot and killed in March 2008. 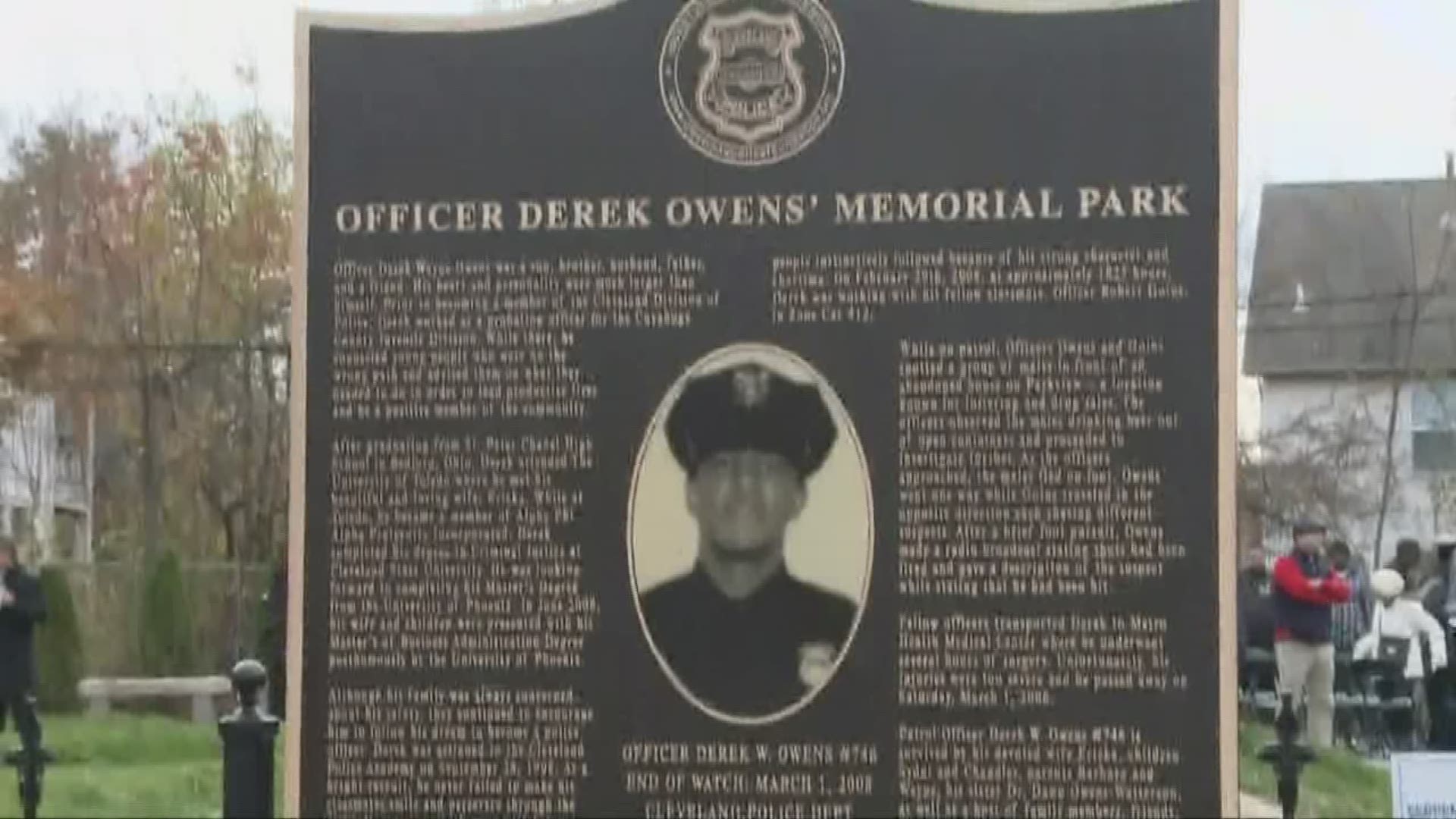 CLEVELAND — Cleveland's Buckeye- Woodhill area is now home to a new park with a special meaning.

Owens was shot and killed in March 2008 while responding to " youth gathered in a vacant garage."

Owens is survived by his parents, sister, wife, Ericka, and two children Syndi and Chandler.

The park was brought to life with the help of several collaborations:

The Derek Owens Memorial Park is located at 10404 Parkview Avenue in Cleveland. The park's grand opening is slated for May 2020.