In their first interview, the Pleskovic family sits down with Channel 3's Dawn Kendrick on the legacy that lives on, even in their enormous loss. 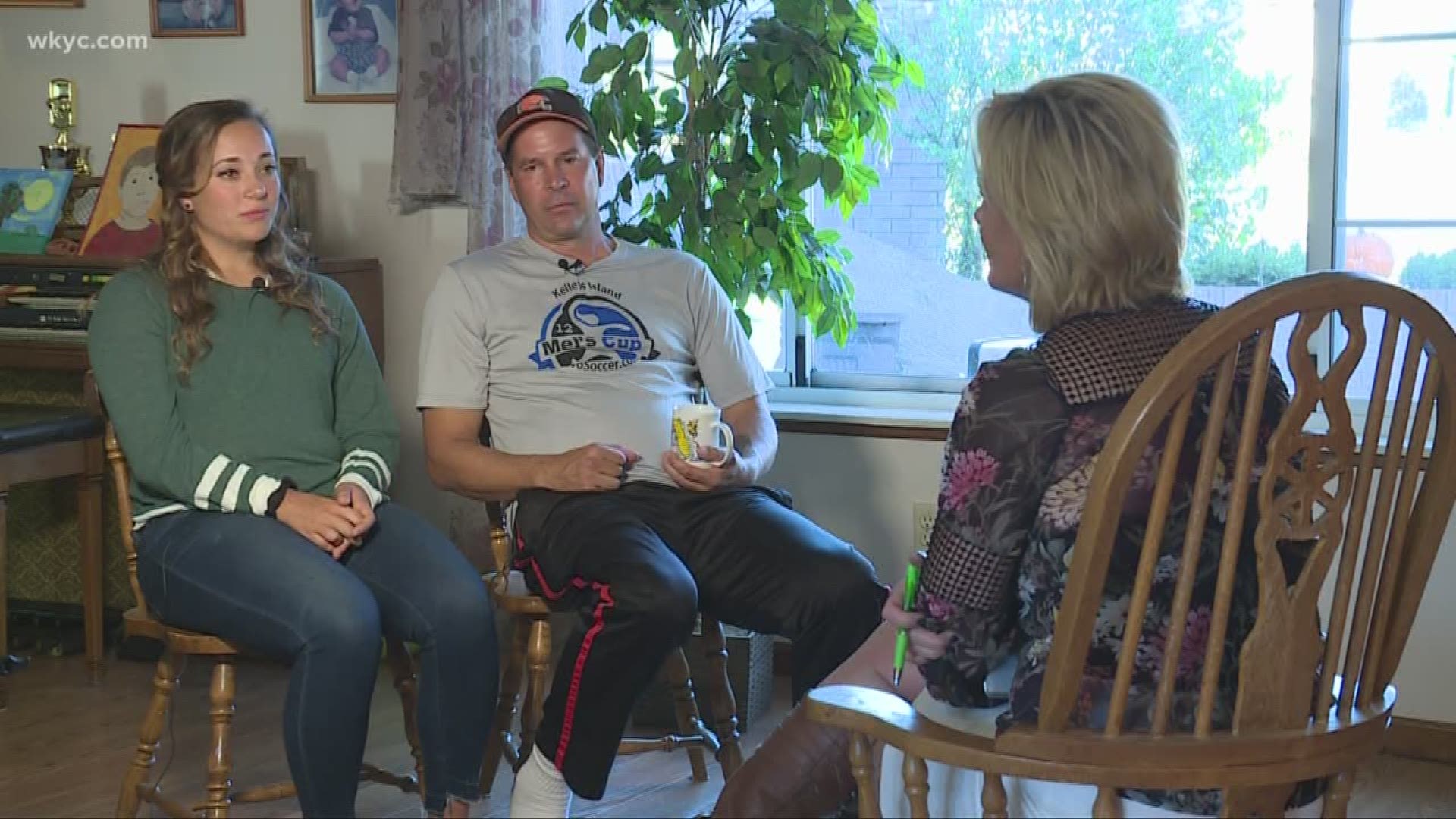 We didn't know the Pleskovics personally, but we ached for them. Strangers felt for this family in the randomness of their tragedy.

Forty-nine-year-old Melinda “Mel” Pleskovic was shot and stabbed multiple times in her Strongsville home. It was a heinous crime no one saw coming.

But sit with her family and the legacy Melinda left behind becomes clear through years of compassion that led up to the day they lost her.

"It was a big overwhelming whirlwind," Megan Pleskovic said.

The man now convicted in Melinda’s brutal death lived with them, in the house the Pleskovics still call home.

He was to be married to her other daughter, Anna, on the day that ended up being Melinda's funeral..

"We took him in as our own because they have the baby together and wanted to get them started on their feet," Bruce Pleskovic said.

As for the “him” Bruce refers to, we chose not to name him during our interview. There have been plenty of headlines dominated with his name.

This is a well-deserved story about Melinda.

“Just how important my mom is to so many,” Megan said.

Megan has a master’s degree now and coaches softball like her mom once did.

"My mom was my best friend, especially into my later teenage years. We would share things on Facebook, go shopping and play soccer. It was so cool to be able to play on the same field as my mom for fun," Megan said of her collegiate soccer player mom. "She coached me. I feel like coaching now, well, it gives back a little bit."

As Bruce and Megan chatted with WKYC's Dawn Kendrick in the living room, 19-year-old Kyle Pleskovic popped in and out.

Non-verbal, with Down Syndrome, we saw firsthand and without words that he is happy.

He walks up behind Bruce, rests his chin on his dad’s head, kisses it and smiles.

Kyle is the one who had to let the family into the home seconds before they realized Melinda had been murdered. Kyle, with special needs, was particularly special to Melinda.

In seconds, “he” took away so much.

“I just wish he could feel what we are feeling right now,” Megan said of the man convicted of killing her mom, who she says has yet to show any remorse.

"We came back on a Saturday. Your heart starts pounding when you first approach the door. For those two weeks, we literally all slept in the same room,” Bruce said, explaining the strength they found and continue to find in each other.

They still don't know why he killed Melinda, but before they knew what they know now, “he” was a pallbearer at her funeral.

"It was a slap in the face. It was awful. Now, thinking back on it, you are like, you don't want him anywhere near her or near the rest of us," Megan said.

And still, Megan sounds like her mom when she says, “Bad things happen to good people but you have to keep believing in the good and keep trying to make things better."

And right there is a classic example of how Melinda lives on.

Another is in her friends who have even created #ItsOnMel, calling on all of us to do the simplest acts of kindness once a day and say, "It's on Mel."

There's also a $1,000 scholarship awarded in her name.

It’s the first Melinda Showman Pleskovic Memorial Scholarship and it is funded in part by "The Mel Cup” (a much smaller version of the World Cup).

The first annual Mel Cup at Kelly's Island has soccer at the center and Mel at the heart of it all.

Their Mel played soccer at Baldwin Wallace College before she went on to help coach the women’s varsity soccer team at Strongsville High School.

“Coaching growing up, she was always super-involved. Those are unpaid positions. They are just volunteering. She was always the first to jump in and say, ‘No let’s do it!’ She just loved being around kids,” Megan said with a smile.

Megan and Bruce laughed remembering what was affectionately referred to as “Mom’s teacher voice."

“Growing up, we always joked and said we heard her teacher voice as much as her students did," Megan said.

"Sometimes she didn't turn it off when she got home. We were still her kids here at home," Bruce added.

Scholarships, random acts of kindness, legacy kids. Those are all ways Melinda's spirit has risen up out of her unthinkable death.

“It teaches you to persevere and push through things. I definitely get a lot of my mentality from my mom," Megan said. 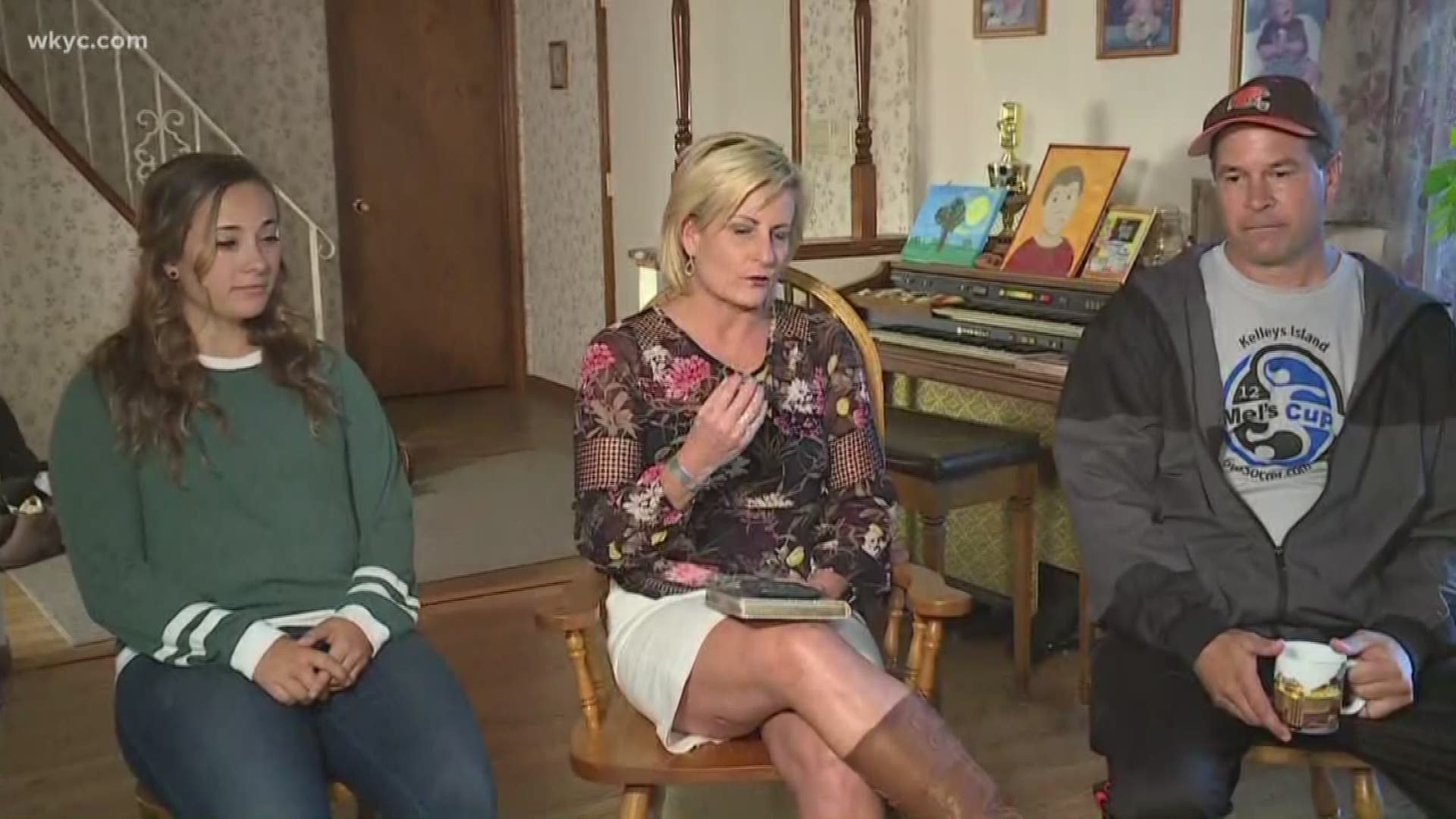