Is there any other team in sports who would have thousands of their fans gather in below-zero wind chill weather for a 'parade'? We think not. 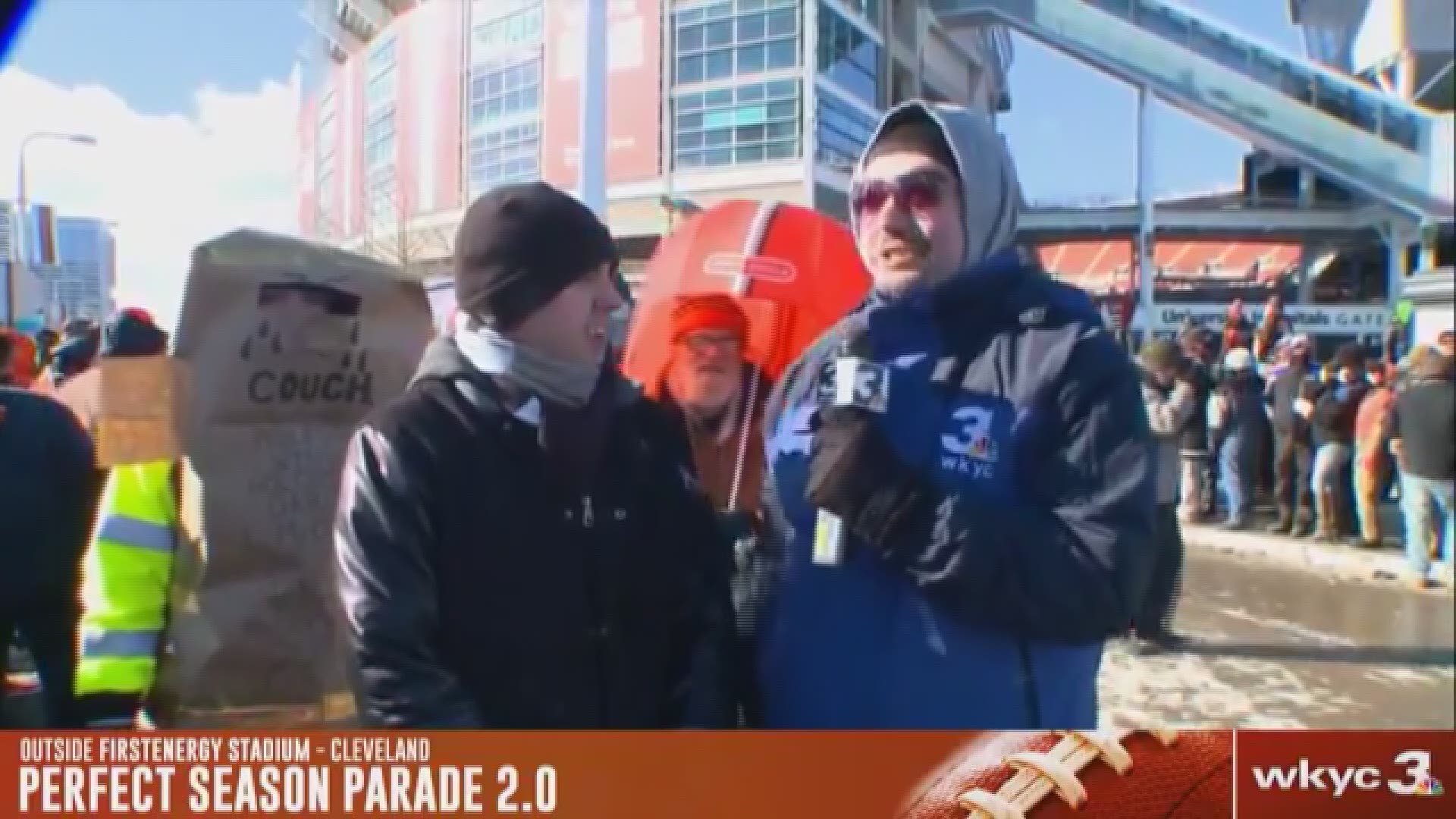 Let me be absolutely clear: I wanted NO PART of being at today's 'Browns Perfect Season Parade 2.0' at FirstEnergy Stadium.

I cringed throughout December when it appeared that the Browns were going to go 0-16. Chris McNeil announced that he was going to try to organize a parade/protest again, after last year's was halted by a win on Christmas Eve.

I knew I was going to have to be there.

It's my job to be there.

But I didn't want to go and lend credence to what I thought was going to be a total joke and waste of time.

I felt largely the way my colleague Ben Axelrod did when he wrote his piece this week, terming the idea of a parade as 'more of an embarrassment to Cleveland than to Browns fans.'

The 'civil war' that emerged between Browns fans who thought the parade was a stupid idea and those that were passionate about being there, spread to our newsroom as well. Ben and fellow digital colleague Tyler Carey had spirited debates all week about the parade. Tyler composed his own piece, believing that the gathering would be 'an appropriate act of protest for fans.'

It was going to be cold and miserable, I thought.

I dreaded this day all week, but then a strange thing happened.

When I arrived at FirstEnergy Stadium at 11:30 this morning, the clouds parted and brilliant sunshine emerged. More than 3,000 fans had gathered together despite wind chills well below zero. It was a fun, festive atmosphere filled with snarky signs, crazy vehicles, and passionate fans.

1 / 29
Even Minions were wondering about the direction of the Cleveland Browns during "The Perfect Season Parade, 2.0" outside of FirstEnergy Stadium Saturday.

For approximately 40 minutes, I laughed and had more fun at the corner of Alfred Lerner Way and Erieside Avenue than I have for any Browns football game in a long time.

This was a clown show, but not an embarrassment.

If anything, today represented a catharsis for fans who were there. It was a way to bury a really bad season.

As I've had the chance to reflect on what I saw at 'Browns Perfect Season Parade 2.0,' I find myself feeling some of the anger that was the fuel behind this idea.

Yet, thousands of fans braved the elements today. When I asked several of them why, they all said, "because I love the Browns."

One woman told me, "We've always supported the Browns over the years, but we need something, anything to believe in. We need wins, we need to be competitive."

Matt Florjancic and I chatted with fans from the Twin Cities area in Minnesota about why they came down to be here today.

“I'm supporting the Browns fans,” Barry LeBlanc told us. “That's the best thing about the Browns, the fan base. They never give up. We're always here for them. There's never been a blackout date. We have 193 people strong in Browns Backers Club 43 in the Twin Cities in Minneapolis, and we're up there every Sunday rooting them on.”

Watch more from Barry and other fans in the player below: 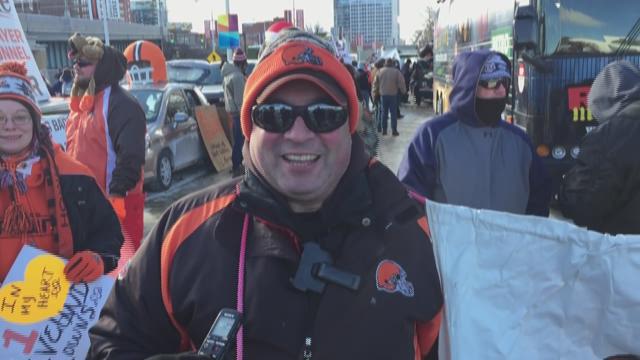 It's passion, man. Browns fans have it.

And I'm not sure the people who run the franchise deserve it.

The Browns put out the following statement following the parade: “We greatly appreciate the passion of all our fans and we apologize to them for not making 2017 an enjoyable season. We certainly hear them and understand their frustration. Obviously, we want the same thing as our fans; winning results. We are committed to doing everything we can to improve and build them the type of team they most certainly deserve.”

This week, the 'Voice of the Browns,' Jim Donovan sent out a clear warning to the organization during his 'Jimmy's Take' on Donovan Live: The parade is not the team's biggest concern, it's apathy. Television ratings are down, the number of empty orange seats during home games is up.

Angry fans are still fans. Apathetic fans are hazardous to a team's health.

It's time for the Cleveland Browns to start winning games.

Because you deserve it.

WATCH: Matt Florjancic, Ben Axelrod, and I recap what we saw at 'Browns Perfect Season Parade 2.0' on WKYC's Facebook Live: