The workers are calling for better staffing and safer working conditions. 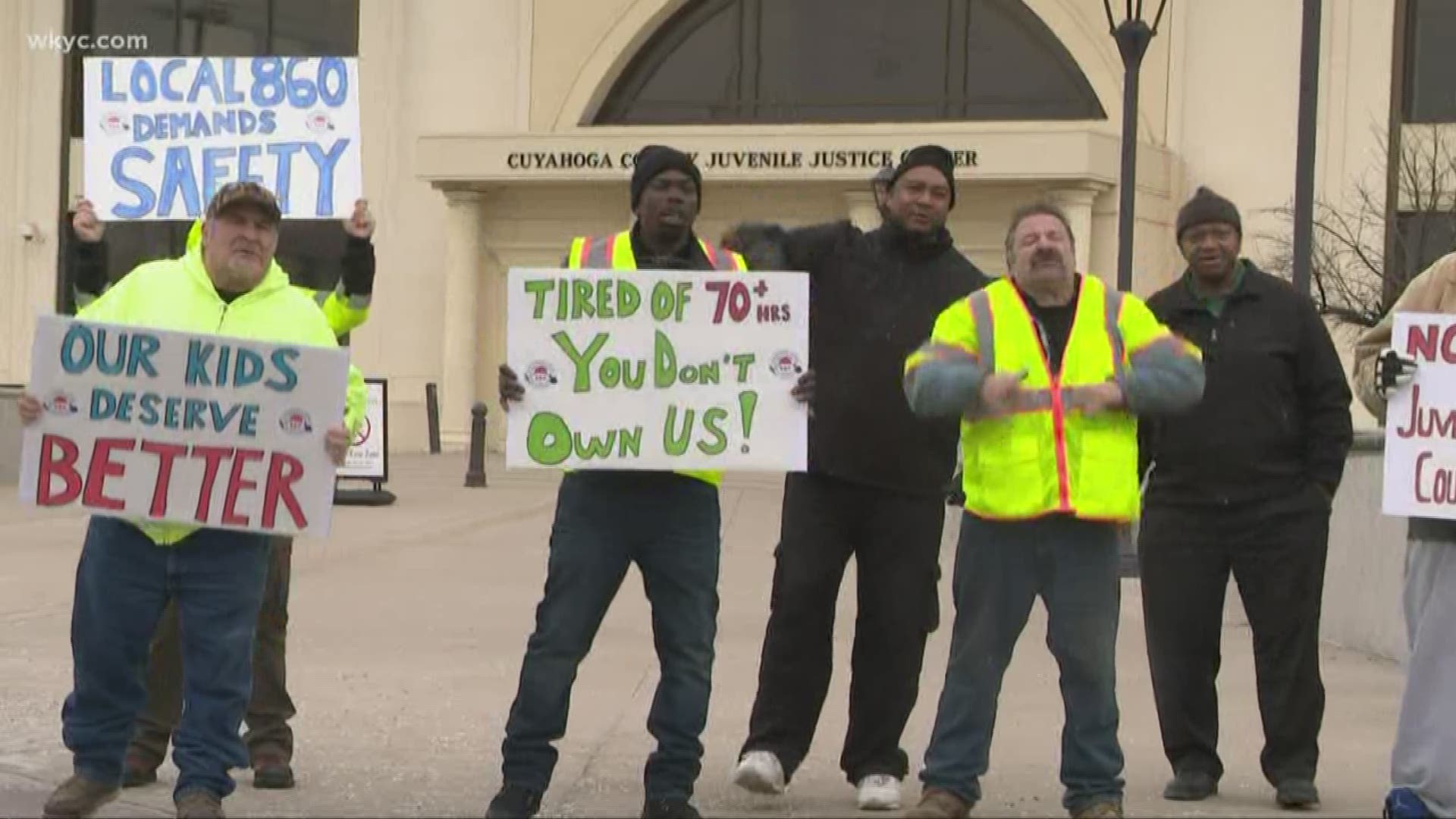 That was the repeated chant that echoed in Cleveland on Monday morning as workers protested outside of the Cuyahoga County Juvenile Justice Center.

Flanked by two inflatable rats, the workers held a series of signs with different messages.

“Negotiate not dictate,” another said.

“We have had a rash of incidents with juvenile court with our membership,” said Colin Sikon, field representative for Labors Local 860. “The court is constantly understaffed. They can’t seem to get staff or retain staff. These low-staffing levels lead immediately to dangerous conditions for the youth inside of here and the officers as well. … The low staffing increases youth-on-youth violence and youth-on-detention-officer violence. We’ve had our own officers attacked. There’s just not enough staffing to make sure these things don’t happen.” 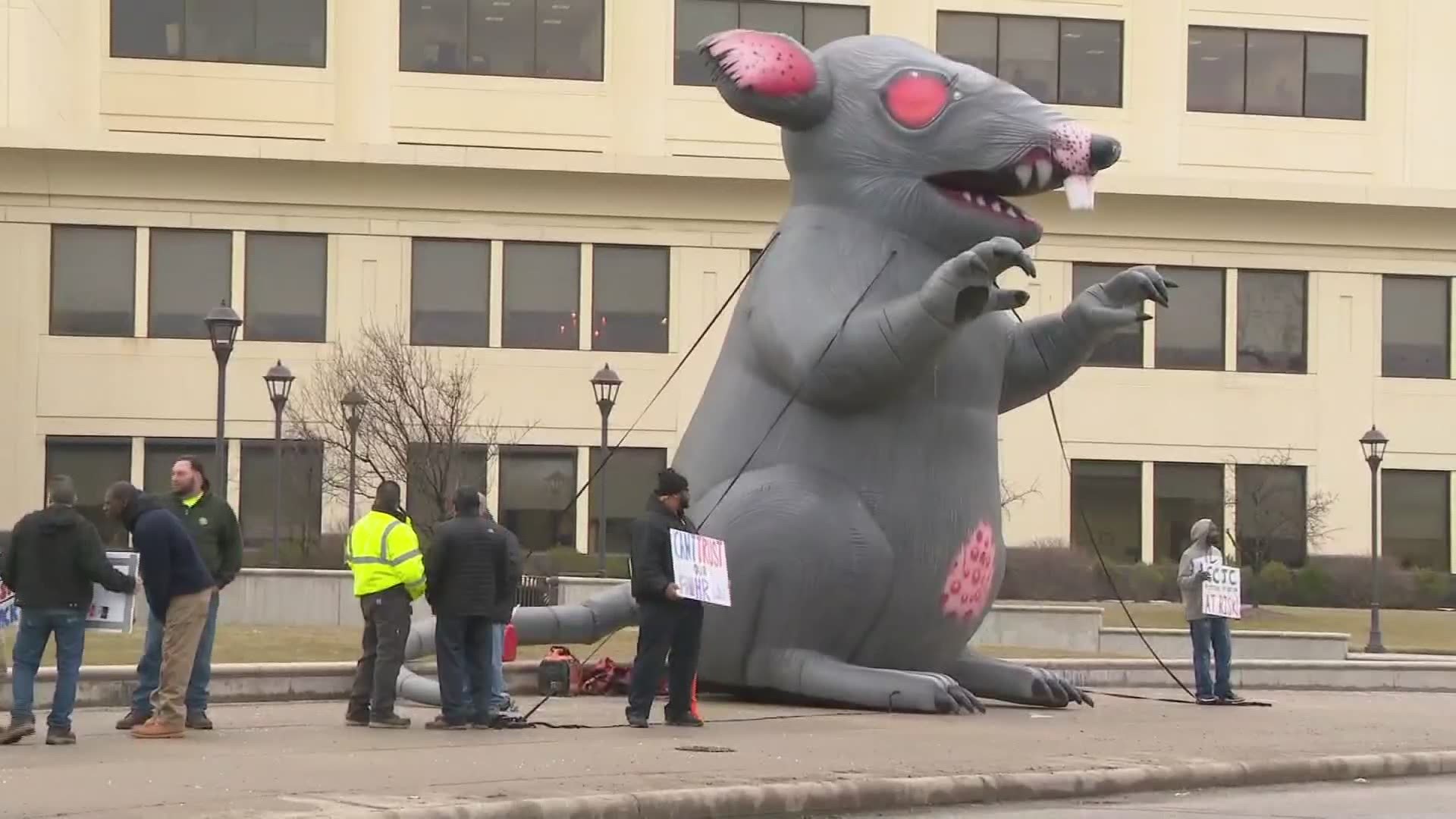 Sikon said the union has offered to bend on their own contract regarding schedule, but he claims that help has been refused.

“One of the few things that makes it worth it for these detention officers is the ability to have a flex schedule. The court wants to get rid of that schedule because they say it’s too hard to staff. They've had the flex schedule for years, and it has worked.”

He said they’ve been working without a contract for months now since it expired on Dec. 31.

“The will of the people here is just about broken. We are trying to bring it to the light for the community to realize if your kids end up here, it’s a dangerous place. They’re supposed to be taking kids out of dangerous situations instead of putting them in one.”

We streamed more than 15 minutes of the protest, which you can watch below: