Protester who burned American flag during 2016 RNC gets $225,000 settlement from Cleveland 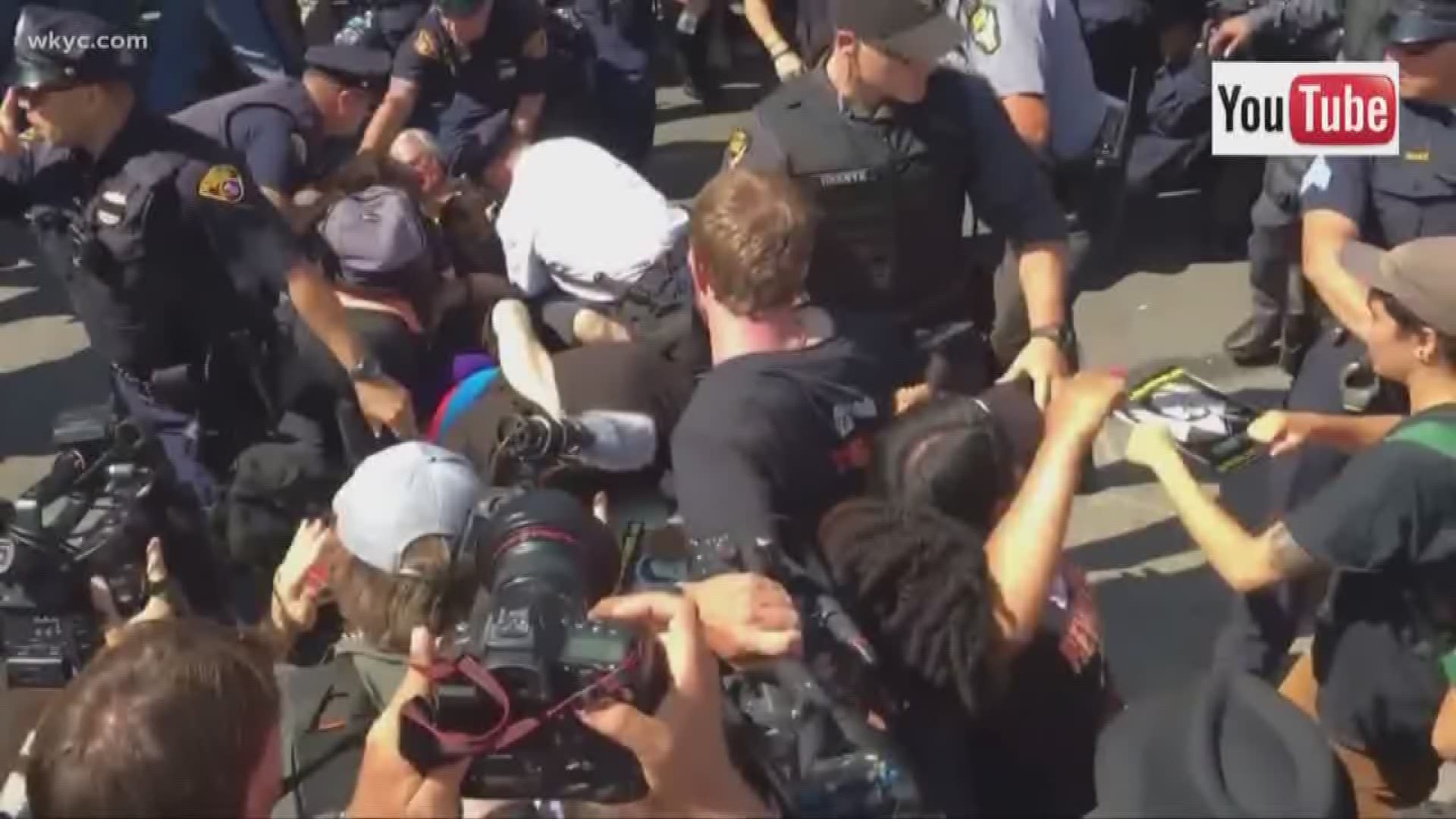 CLEVELAND — A protester who was arrested after burning an American flag during the 2016 Republican National Convention in Cleveland will receive a $225,000 settlement from the city amid a First Amendment lawsuit.

His attorneys held a 1 p.m. news conference Tuesday, denouncing the actions of the city police and accusing them of lying to discredit those involved.

The incident dates back to July 20, 2016 when Gregory Lee “Joey” Johnson was among multiple protesters arrested during a flag burning demonstration in downtown Cleveland.

If there is a bedrock principle underlying the First Amendment, it is that the government may not prohibit the expression of an idea without more that removes the idea from the First Amendment’s protection. See, Hustler Magazine, Inc. v. Falwell, 485 U.S., at 55-56; City Council of Los Angeles v. Taxpayers for Vincent, 466 U.S. 789, (1984). The U.S. Supreme Court has not recognized an exception to this principle even where the flag has been involved in protest marches.

In the case pending before the Court, the defendants were engaged in the expressive conduct of flag burning. As repugnant as that behavior may be to some, Texas v. Johnson makes it plain that such conduct may not be sanctioned as breaches of the peace.

Johnson was the defendant in that landmark 1989 Texas vs. Johnson Supreme Court case that determined flag burning is considered free speech protected by the First Amendment.

“It was Mr. Johnson's flag-burning outside of the 1984 Republican National Convention that led to the high court's decision,” the Chandra Law Firm said in a press release. “Mr. Johnson is a supporter of the ‘Revolution Club,’ which protests what he perceives as American jingoism, imperialism, and capitalism. He came to the 2016 RNC in Cleveland to express these beliefs -- and to protest the rising authoritarianism represented by Donald Trump.”

"Cleveland police stalked them, literally extinguished their speech rights and then arrested and prosecuted them -- violating 30-year-old Supreme Court precedent taught to schoolchildren. "City leaders have yet to hold officers accountable for lying about Mr. Johnson being on fire and setting others on fire. They're simply defiant and unapologetic about their failure to uphold the rule of constitutional law within Cleveland city limits."

Johnson said he burned the flag as Trump was nominated because “America was never great.”

“It is wrong to close our eyes to the history of genocide and slavery, wars of empire, invasions and occupations, coups and torture – all the atrocities the U.S. government has committed here and around the world,” Johnson said. “When Cleveland police unjustly and brutally arrested me and 15 others, they attacked the Supreme Court decision I won 30 years ago holding that flag burning in protest is a powerful form of constitutionally protected speech critical of the government.”