The proposal offered $3.5 billion in financial incentives, plus access to prime real estate, a power grid, and Amazon University at Cleveland State 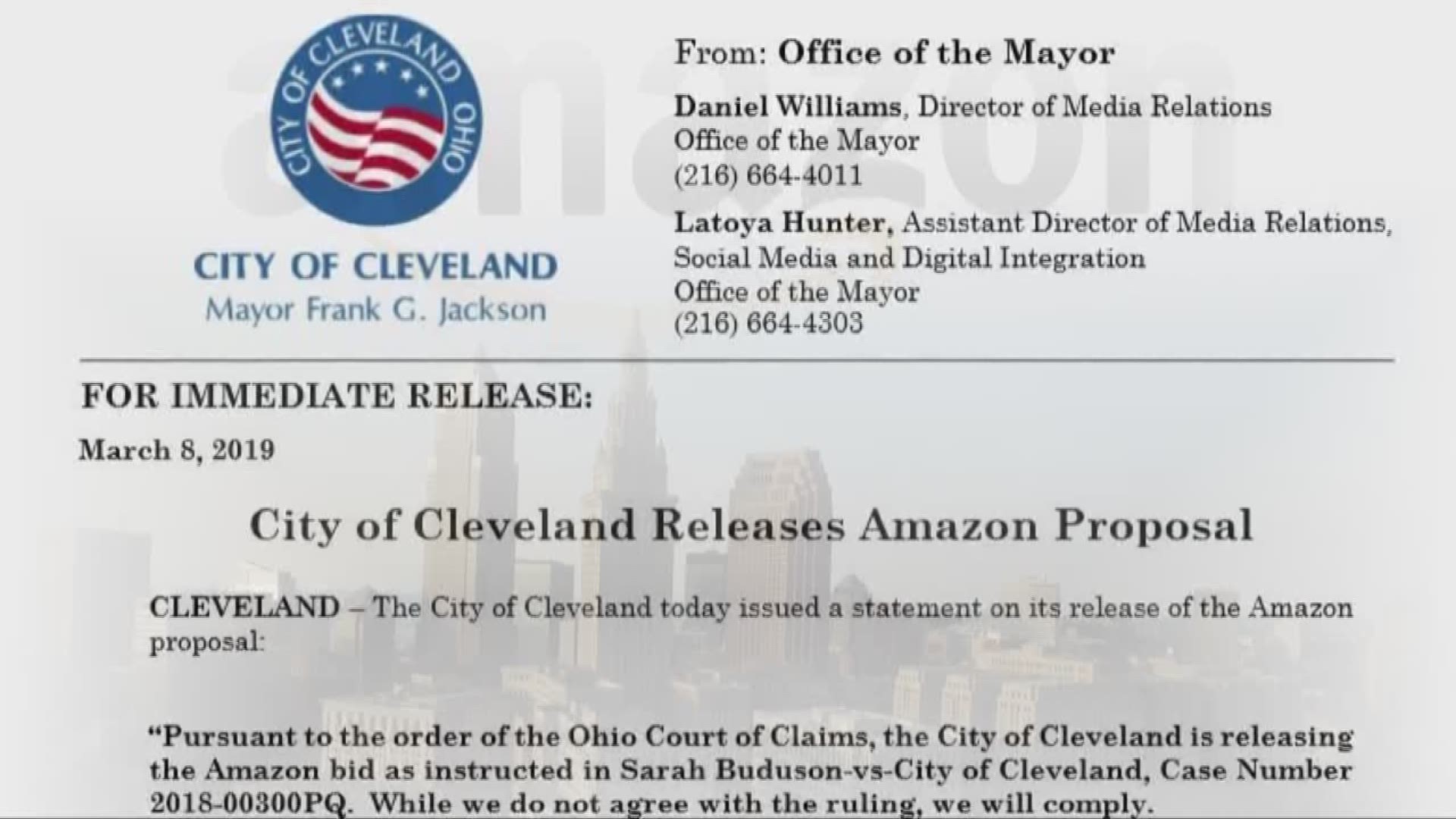 CLEVELAND — Nearly 18 months after submitting its unsuccessful bid for Amazon's second headquarters, the city of Cleveland has released its full 220 page proposal after being compelled by a court order.

The city had been criticized for keeping the details of their pitch to Amazon a secret for so long. It took a lawsuit to get city officials to finally release their full bid. "While we do not agree with the ruling, we will comply," the city of Cleveland wrote in a statement following the court ruling.

Highlighting the proposal was the offering of $3.5 billion dollars in financial incentives to Amazon by the city of Cleveland, Cuyahoga County, JobsOhio, and the state of Ohio. The figures proposed were based on the calculation of Amazon delivering 40,600 jobs with a $4.06 billion payroll by the end of the year 2028.

Here's how the incentives broke down:

The bid also was highlighted by the commitment of 10 acres of land by Cleveland State University to build 'Amazon University.'

In June of 2018, WKYC obtained a 161-page redacted version of the proposal along with documents from the Northeast Ohio Areawide Coordinating Agency. According to the documents, which claimed "Cleveland would lead the second revolution," the location for the new HQ would have been centered in Terminal Tower and Post Office Plaza, "provid[ing] unmatched access to public transportation." Hopkins and Burke Lakefront Airports were also stressed as having direct flights to Amazon's main HQ in Seattle.

The full proposal called for the creation of 'live-work-play' communities along the lakefront, Scranton Peninsula, and Flats West Bank for thousands of Amazon employees. More development opportunities for Amazon were also slated for the Warehouse District and Flats East Bank.

Cleveland's bid, which was given to Amazon in October, 2017, failed to make the cut as one of 20 finalists.

Despite months of criticism that has come with Cleveland's failure to win HQ2, the city stands by their proposal: "In less than 120 days, the working team created an impressive proposal highlighting the strengths of our region, in pursuit of an unprecedented economic development opportunity. Our agility and ability to work with many parties to build a nationally-competitive incentive package, while creating several unique differentiators for Cleveland, will prove invaluable as we continue to attract and grow business in Cleveland.”

You can see the full proposal below: 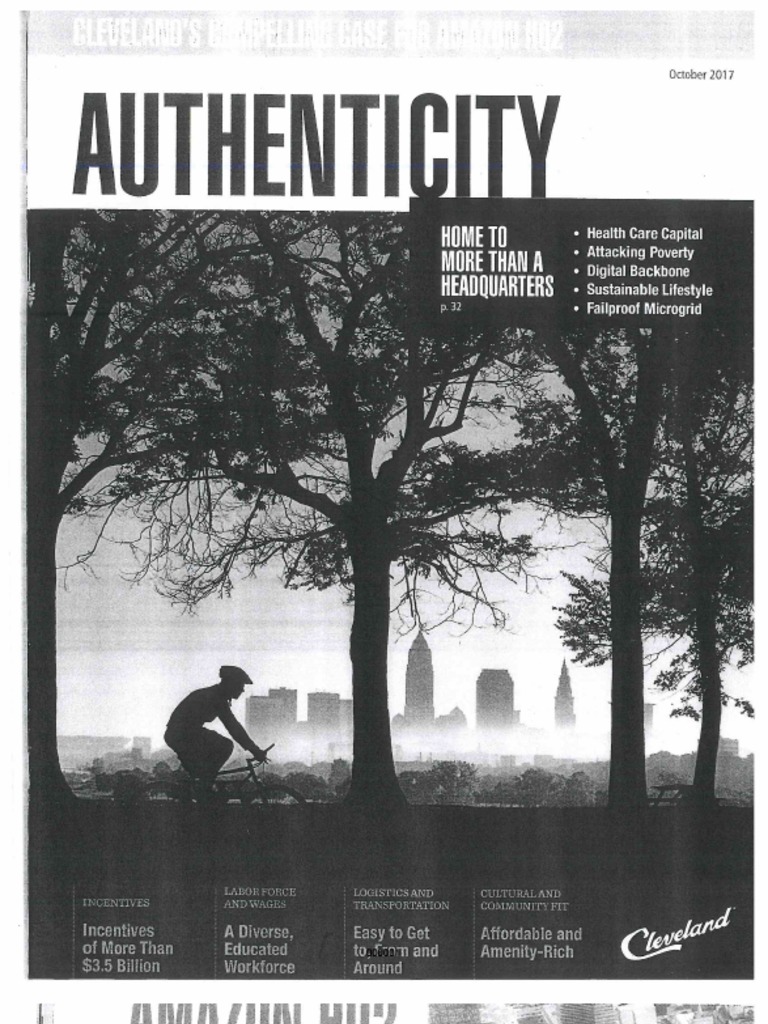