Already in 2021, The TSA has confiscated a record number of firearms. And it’s happened at Cleveland Hopkins International Airport, too. 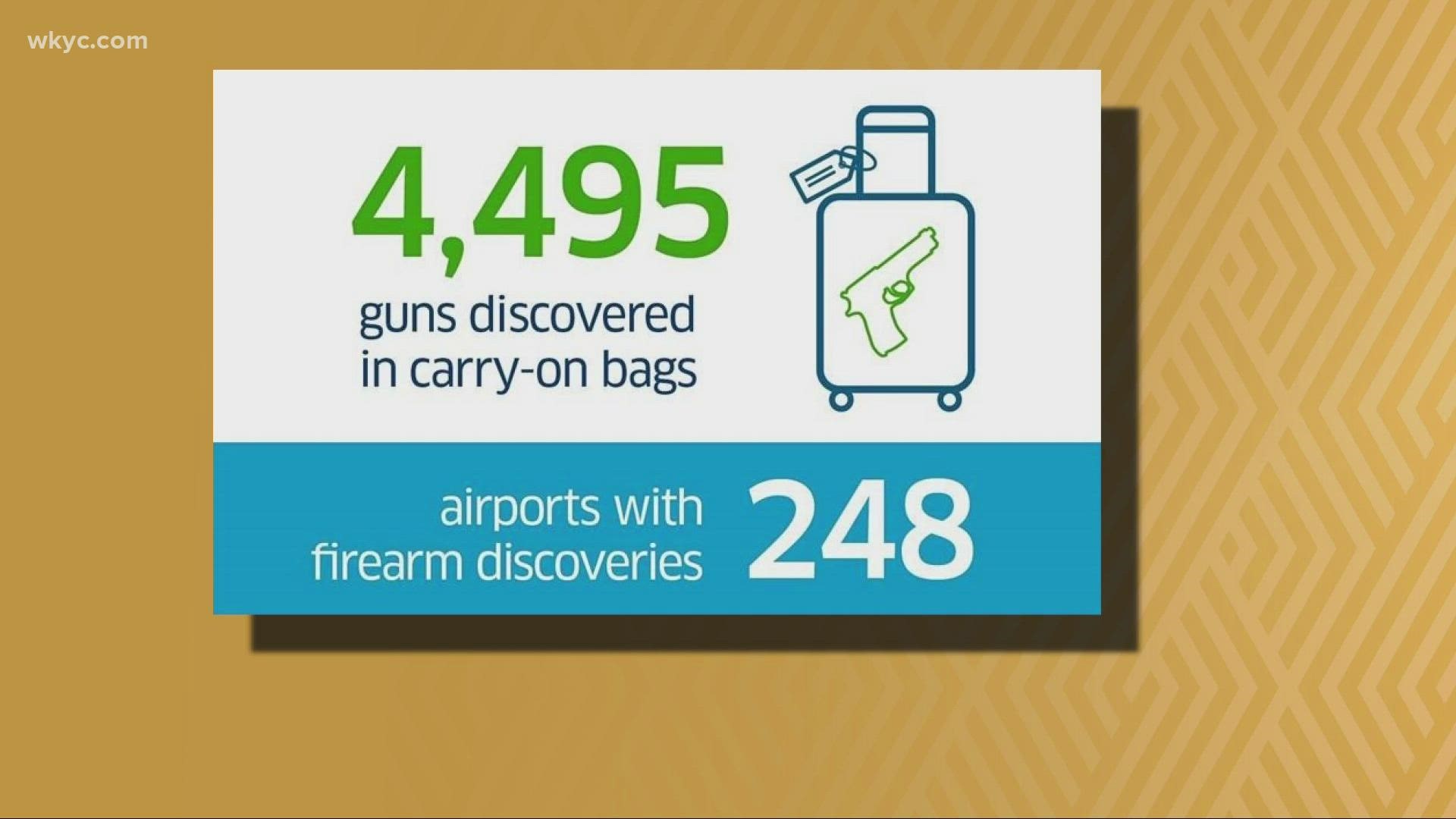 Already in 2021, The TSA has confiscated a record number of firearms. And it’s happened at Cleveland Hopkins International Airport, too.

“It's not an issue until you try to go through the security checkpoint. That's when it's detected, and it becomes a problem,” said Khalid Bahhur, Cleveland’s commissioner of airports.

“We've never found nefarious intent. That's always the first thing we're interested in. Did somebody bring it in with the intention of doing something?” said Don Barker, TSA federal security director for Ohio, “Pretty consistently what we find is, people have lost awareness that they had their weapon in a bag…because they’re so used to going about whatever it is they do day to day with that weapon in a particular bag or in a particular position.”

Hopkins TSA confiscated 19 loaded guns so far in 2021, the same number as all of 2020. The numbers are slightly higher pre-pandemic, at 26 firearms in 2019, and 23 in 2018, but the number of travelers then was exponentially higher.

“If you carry it into our checkpoint, that's going to create challenges for you. At that point, you're in violation of federal and likely several local issues,” said Barker.

You’ll have to show up in federal court, and it’s an expensive mistake. The TSA says its typical first offense for bringing a gun to a checkpoint is a fine of more than $4,000-dollars.

Concealed carry permit holders may still make their flights and could eventually get their guns back.

But if you don’t have a special license to concealed carry, you’ll be arrested on the spot.

There is a right way to travel with a firearm. You can legally declare your gun at the ticket counter, checking your unloaded gun in a locked, hard-sided case, separate of ammunition.

“The airlines can help you with that when you arrive at the ticket counter,” said Barker.

But forget, and you'll be sorry. “Double check your bags before you come to the airport, and triple check that to make sure that bags you're bringing through the airport don't contain prohibited items,” said Bahhur.

RELATED: These airports had the most guns found in 2021 so far