'This behavior in no way aligns with the mission of our school.' 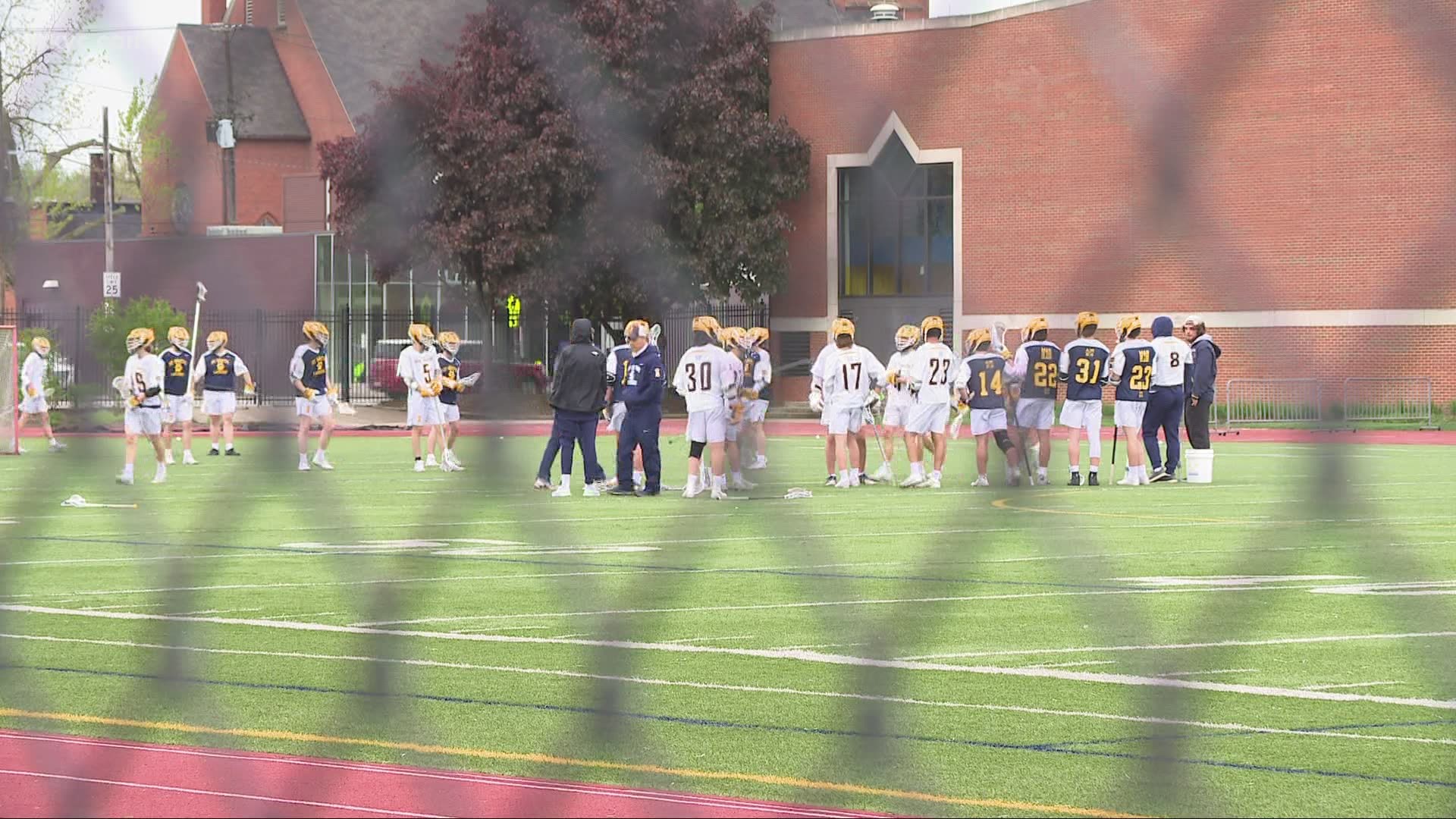 CLEVELAND — We're following breaking news from Saint Ignatius High School in Cleveland, where school officials tell 3News that 17 students are being suspended and the varsity lacrosse team has been pulled from this weekend's MSCLA Tournament after an investigation showed underage drinking and hazing allegations.

Saint Ignatius High School administration was recently made aware of an off-campus gathering of some members of the varsity lacrosse team. An investigation was immediately launched. Unfortunately, the investigation revealed that underage drinking, hazing, and conduct unbefitting of Saint Ignatius student-athletes occurred. This behavior in no way aligns with the mission of our school. As a result, 17 students are being suspended, and the varsity lacrosse team will not participate in this weekend’s MSCLA Tournament.

Hazing activities vary in severity and exist along a continuum. While the behavior at the gathering was grossly inappropriate, at no time was the physical safety of a student at risk. That said, these are serious violations of school policy and are contrary to our values as a community, and will not be tolerated. The care, safety and well being of our students are always our top priority.

Editor's note: Video in the player above was originally published on April 29, 2021, regarding the BGSU death of sophomore Stone Foltz.