3News' Rachel Polanksy was on scene with a live view of the demonstrations. 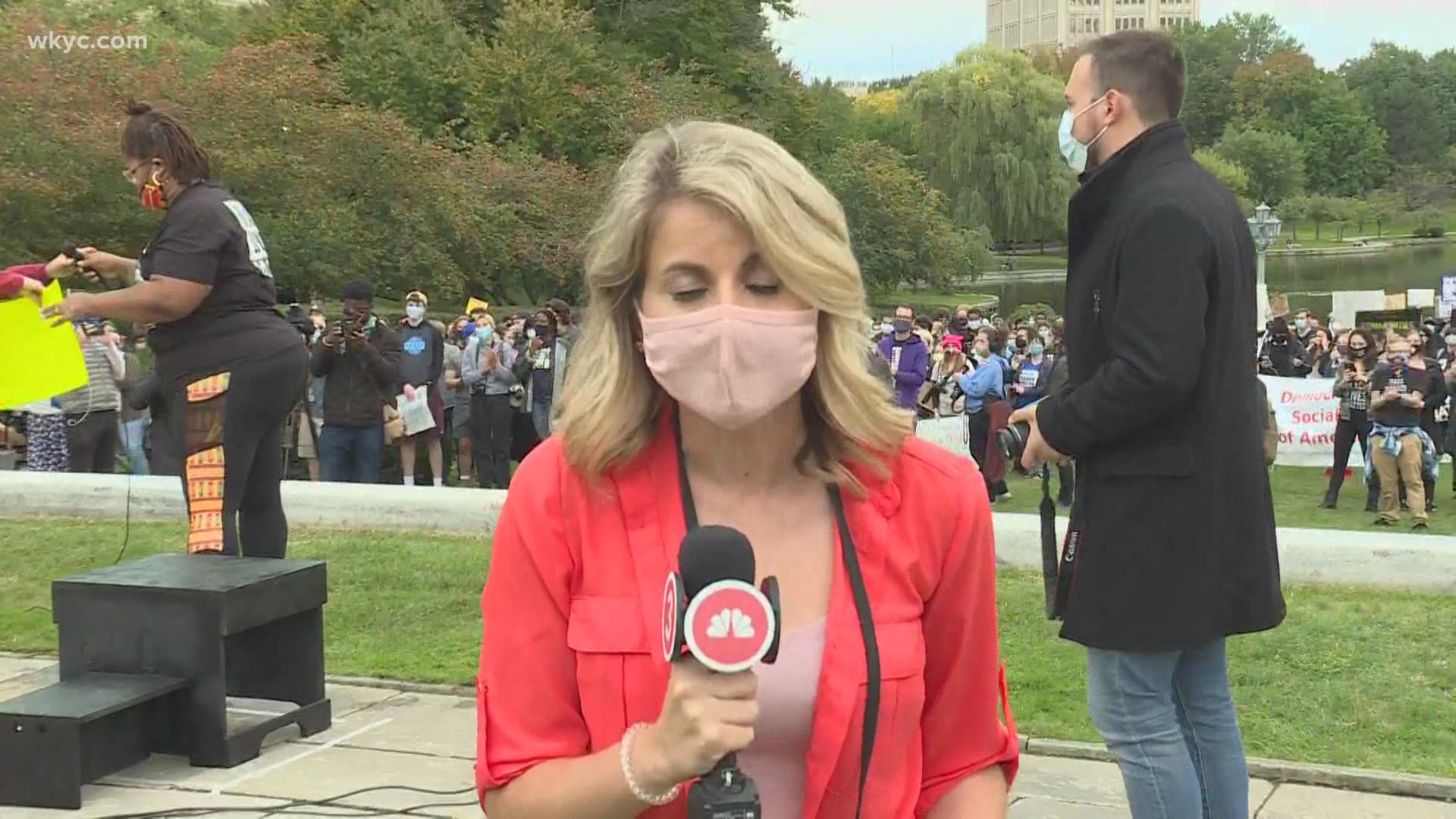 CLEVELAND — There were two demonstrations taking place near the CWRU campus Tuesday evening.

At around 5 o’clock on Martin Luther King Blvd. and Euclid, a group of about a dozen demonstrators with ‘Refuse Fascism’ had a confrontation with officers with Eastside Department Group Enforcement (EDGE).

3News cameras were there as officers confiscated signs. Officers said it was because of the stakes on the signs. Within a few minutes, the signs were returned--without the states. 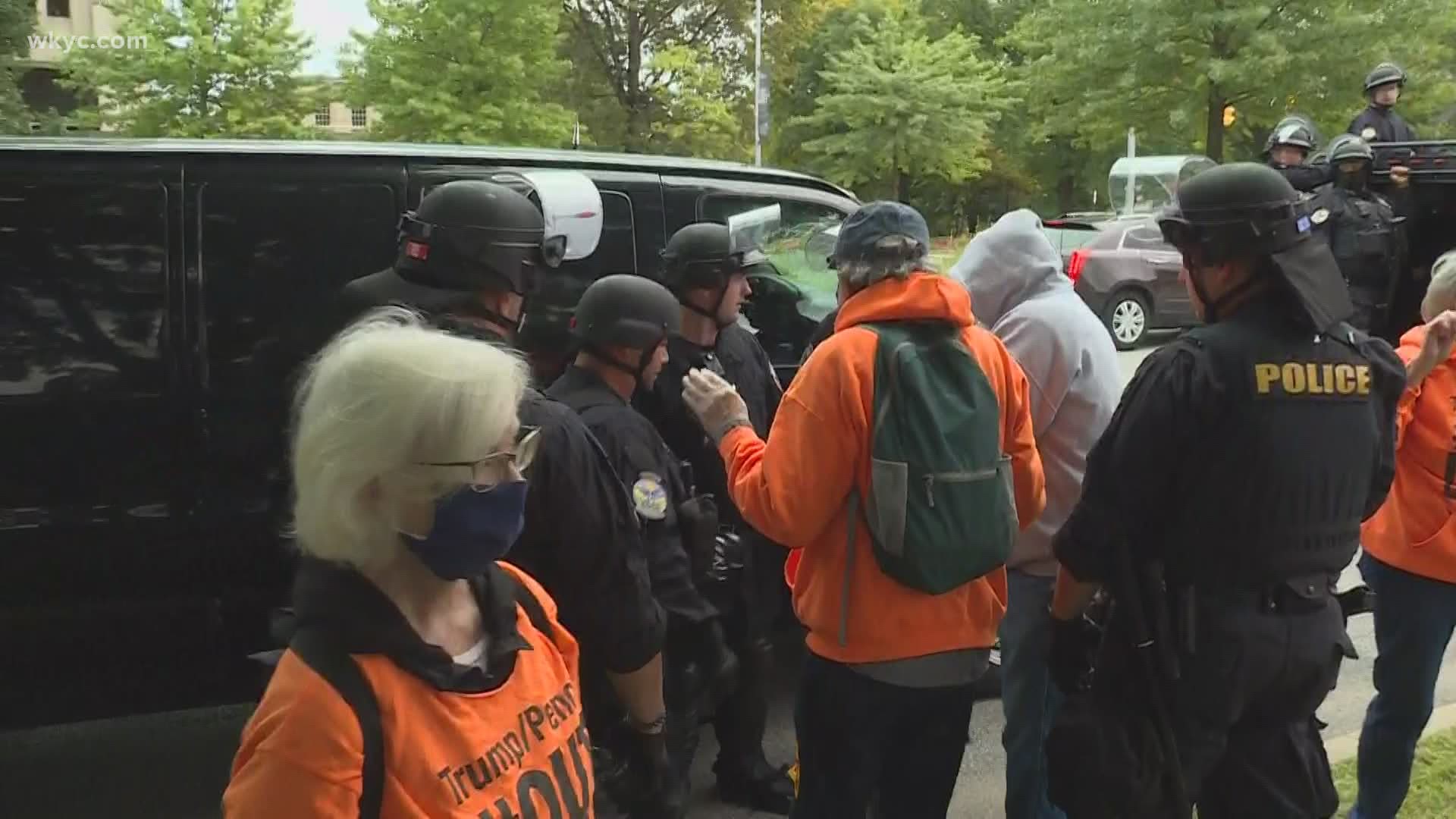 After two hours of a peaceful demonstration with a number of speakers and chanting, the group began marching around 7pm.

They are still marching now. 3New is steaming the protest live, you can watch in the player below.

Closer to the debate site at Samson Pavilion. Security measures are tight. There are tall fencing and barricades surrounding the venue.

3News talked with a supporters from both sides who wanted to voice their opinions.

Bob Kunst, Trump supporter from Florida “I like where he’s at, he’s fighting back and I want to share with everyone where I’m coming from. this is a time for healing and that’s where America is at and we have to unite on the virus and the crime and we’re not getting that from the democratic party.”

“I wanted to be here because Ohio is really important. I think it can decide the election. Trump will be there with a lot of anger and making accusations. A lot wont be true, Joe Biden will be there calm, measured, believes in silence and cares about people. I hope people watch and look at the characters they see and think who do you trust more to guide our future?”