The loans will have a term of 25 years with an interest rate of zero percent. 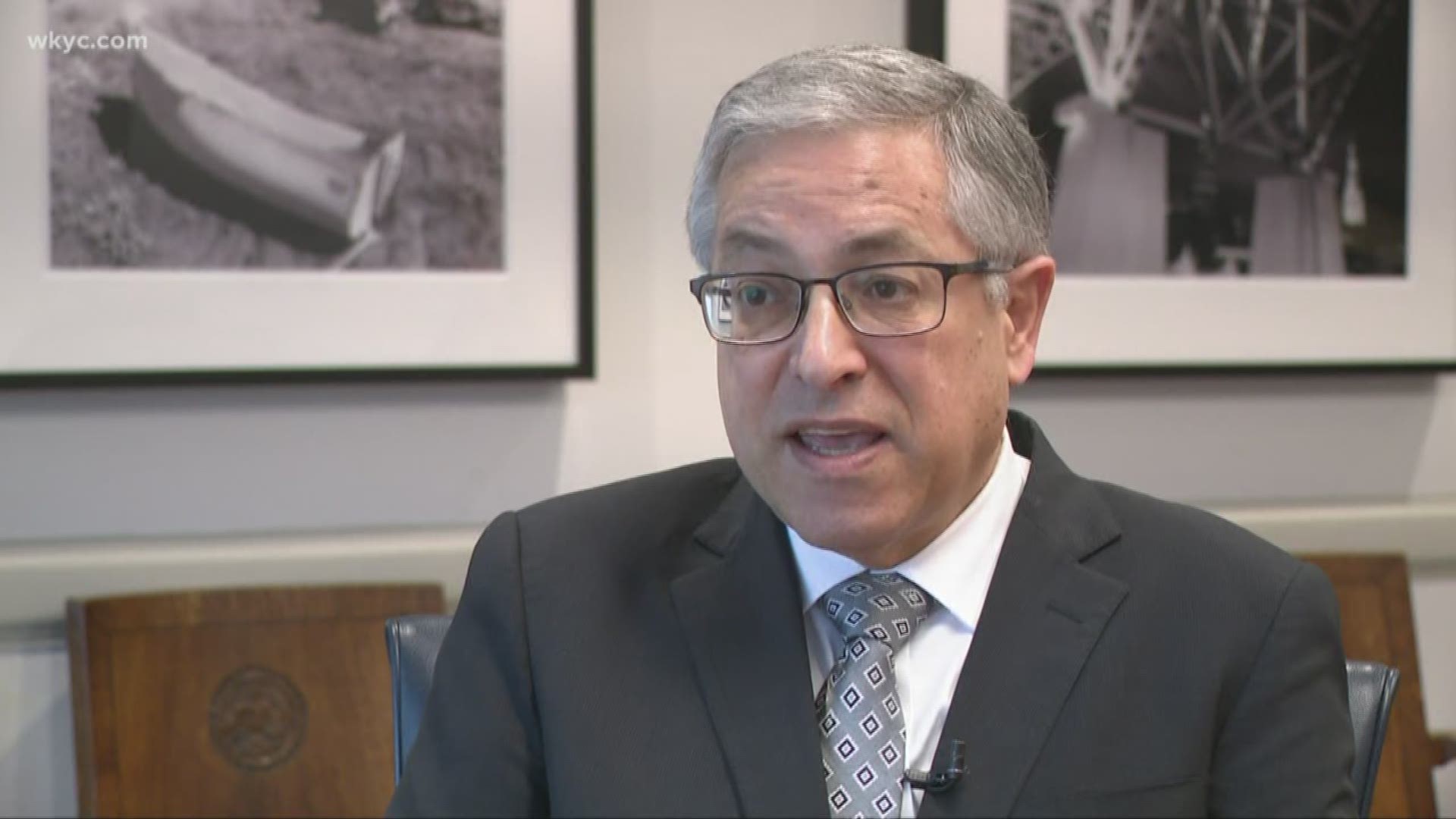 CLEVELAND — Editor's Note: The above video aired on February 7, 2020

Prior to the new year, the state of Ohio's Controlling Board approved loans totaling $70 million to assist in the construction of a new Sherwin-Williams Company global headquarters in Cleveland and a new research and development facility in Brecksville.

The news about the loans was announced by State Rep. Phil Robinson (D-Solon) on Friday.

The plan to build the new headquarters in Cleveland was announced back in February of 2020. The company’s new global headquarters will be located just west of Public Square between Saint Clair Avenue and Superior Avenue. Company officials say it will be approximately one million square feet. The new Brecksville R&D center will be constructed off I-77 at Miller and Brecksville Roads. It will be 500,000 square feet.

Sherwin-Williams announced last fall that the transition to the new facilities is likely to occur in 2024.

As a result of the funding, Sherwin-Williams has committed to creating 400 new full-time jobs and retaining 3,524 existing full-time jobs at the project sites, as well as 4,000 construction jobs. The loans will have a term of 25 years with an interest rate of zero percent.

In addition, Cleveland City Council voted in March of 2020 to approve a proposal that would allow the city to provide an incentive package for the new Sherwin-Williams headquarters that includes tax breaks and construction grants. According to Cleveland Mayor Frank Jackson, the incentive package offered to Sherwin-Williams is possibly the biggest in the city's history.

“It was great news this past February when Sherwin-Williams announced that they would keep their headquarters in Cuyahoga County and bring their Research and Development facilities to District 6 in Brecksville, creating hundreds of jobs. Now, we have more good news with this strategic financial investment that will create thousands of jobs to help construct a state-of-the-art facility,” said Rep. Robinson in a statement. “I’m glad the state legislature could do its part to help support job creation with these state funds.”