Funeral arrangements have also been announced for Det. James Skernivitz. 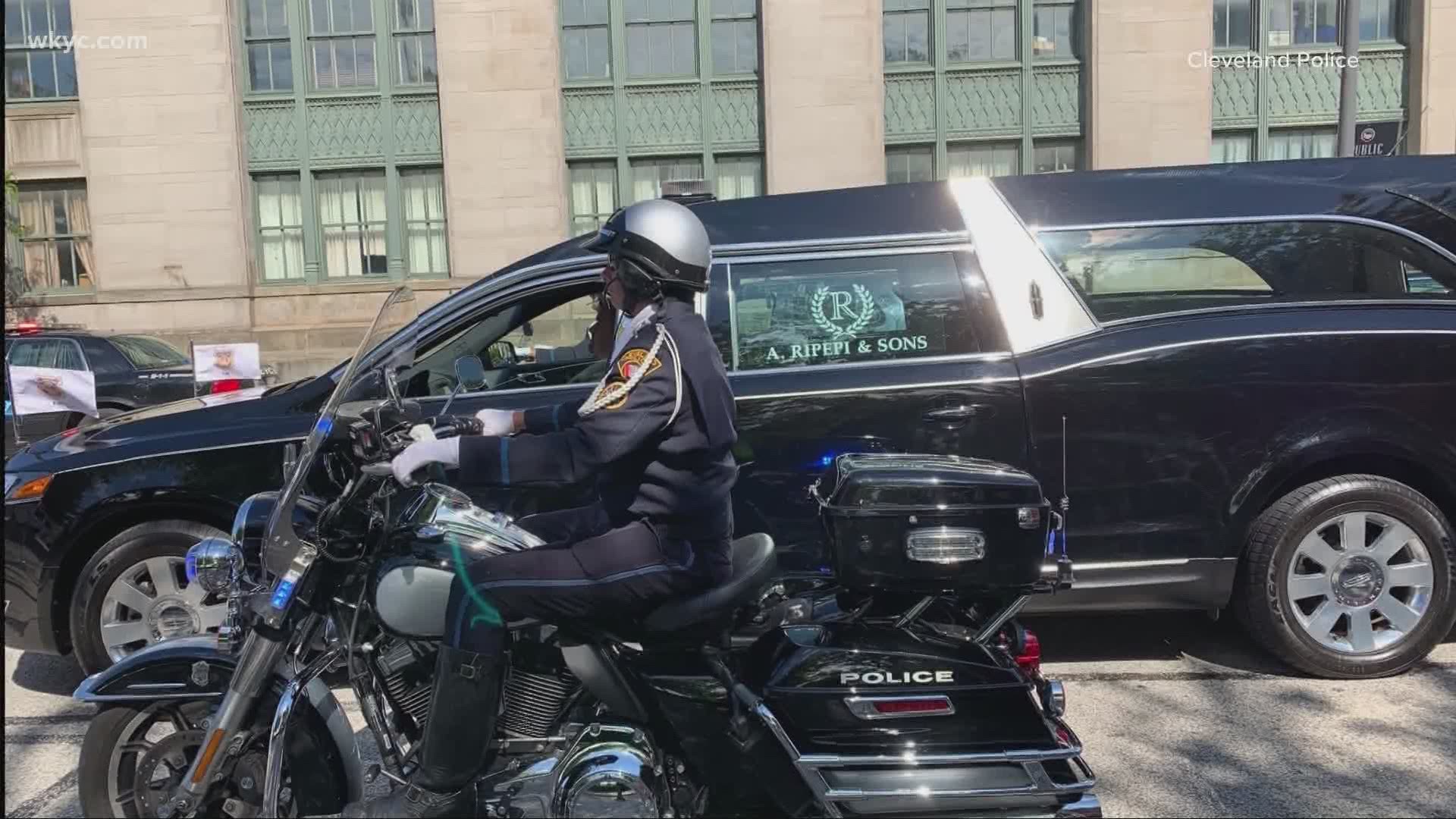 Inside was the body of a police detective killed this week in the line of duty.

On Thursday night, 53-year-old James Skernivitz was performing an undercover drug operation on the city’s near west side when he and 50-year old Scott Dingess, described as an informant, were shot and killed in an unmarked car.

That night they had driven away, only to crash into a playground fence. Even as help scrambled to the scene, it was too late.

At the scene of the crash, candles, a flag, balloons, and flowers are now forming a growing memorial for the man known affectionately as “Skern” or “Skerny.”

“You never get everyone to like you, but pretty much everybody liked Skerny because he was a good kid. He was a good guy to hang around with, a friendly guy, just a great person to be with,” Parma firefighter T.J. Martin said.

Martin grew up with Detective Skernivitz in Slavic Village, and says they grew apart in high school when the Skernivitz family moved from the neighborhood.

Yet he adds they continued to share a brotherhood as first responders.

“Any time someone passes away in the line of duty, a police officer or a firefighter, it sends a stake into your heart. More so than anything else because these are the people doing the same thing you do,” said Martin.

Today, Cleveland first responders including Divisions of @ClevelandFire and @ClevelandEMS joined us as Detective James Skernivitz was escorted to the funeral home. Detective Skernivitz was killed in the line of duty on Sept. 3, 2020. @CityofCleveland pic.twitter.com/fCafyCk90Y

In Brook Park Saturday, police and fire captured video along the highway of the escort, as the hearse headed to the funeral home.

Police tell 3News that two juveniles and an adult are being questioned in the murders but are all being held on unrelated charges.

Funeral details for Detective Skernivitz were also released on Saturday.

Skernivitz spent more than two decades on the force, much of it fighting gangs. He leaves behind a wife and two grown children.