The driver who allegedly fled the scene has been arrested. 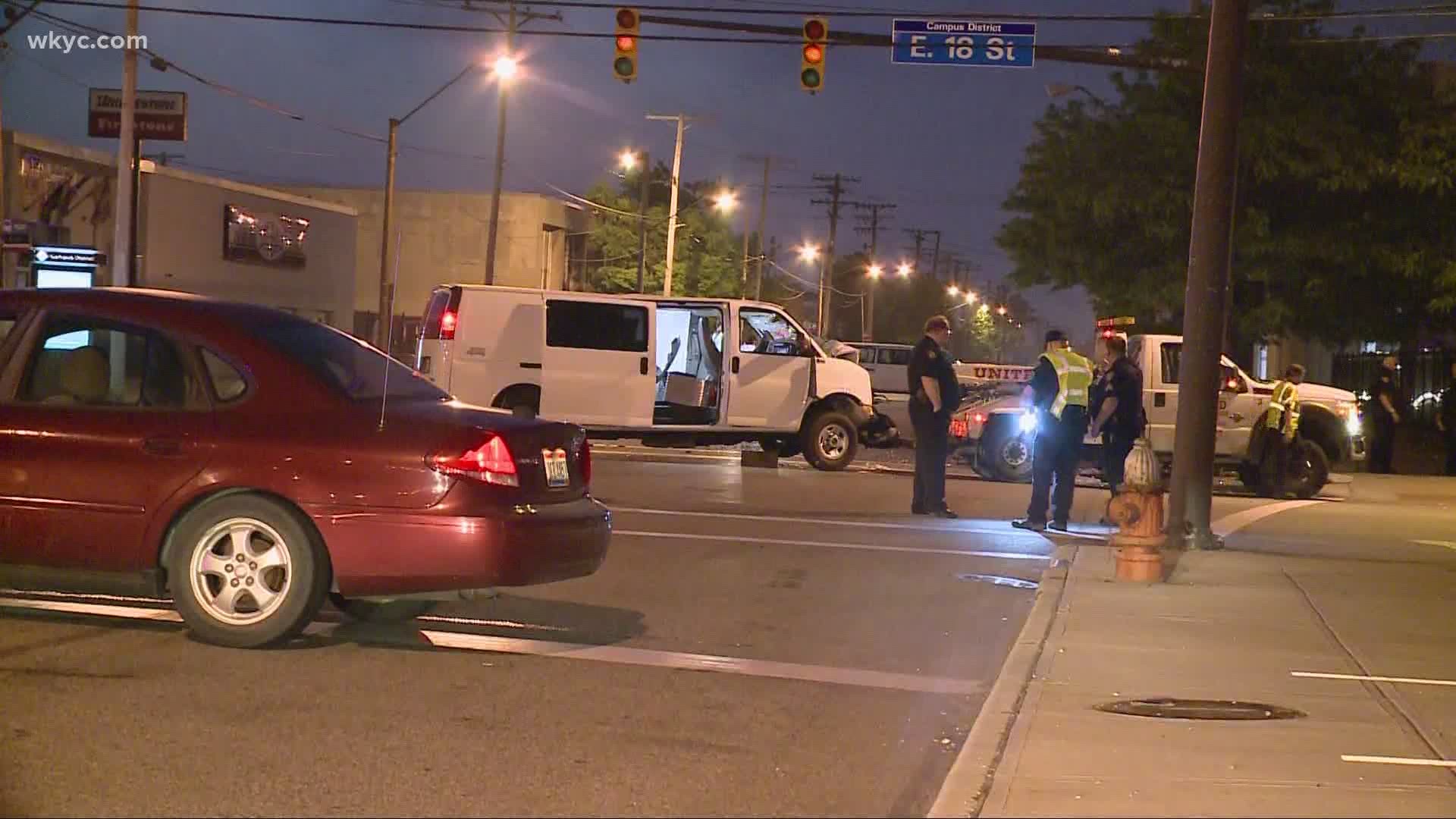 CLEVELAND — Five Cleveland SWAT officers were seriously hurt Friday morning after a crash on E. 18th Street while responding to a call on in the 5800 block of Lexington Avenue.

The call for the SWAT team was for a man barricaded in a house making threats to shoot police officers. While they were en route and going eastbound on St. Clair Avenue, the SWAT van was struck by a Ford Fiesta being driven by a man who failed to stop for the flashing red traffic signal.

After being struck, the SWAT van then hit a pole.

Five SWAT officers (all men) were seriously injured and one remains confined at MetroHealth Medical Center.  Alcohol is believed to be a factor in the incident.  The driver of the Ford, 38-year-old Antonio Brown, was taken into custody after taking the temporary tag off of his vehicle and fleeing the scene.  The incident remains under investigation.

We will update this story once additional information is released.