Tell RoboCallers you were abducted by aliens 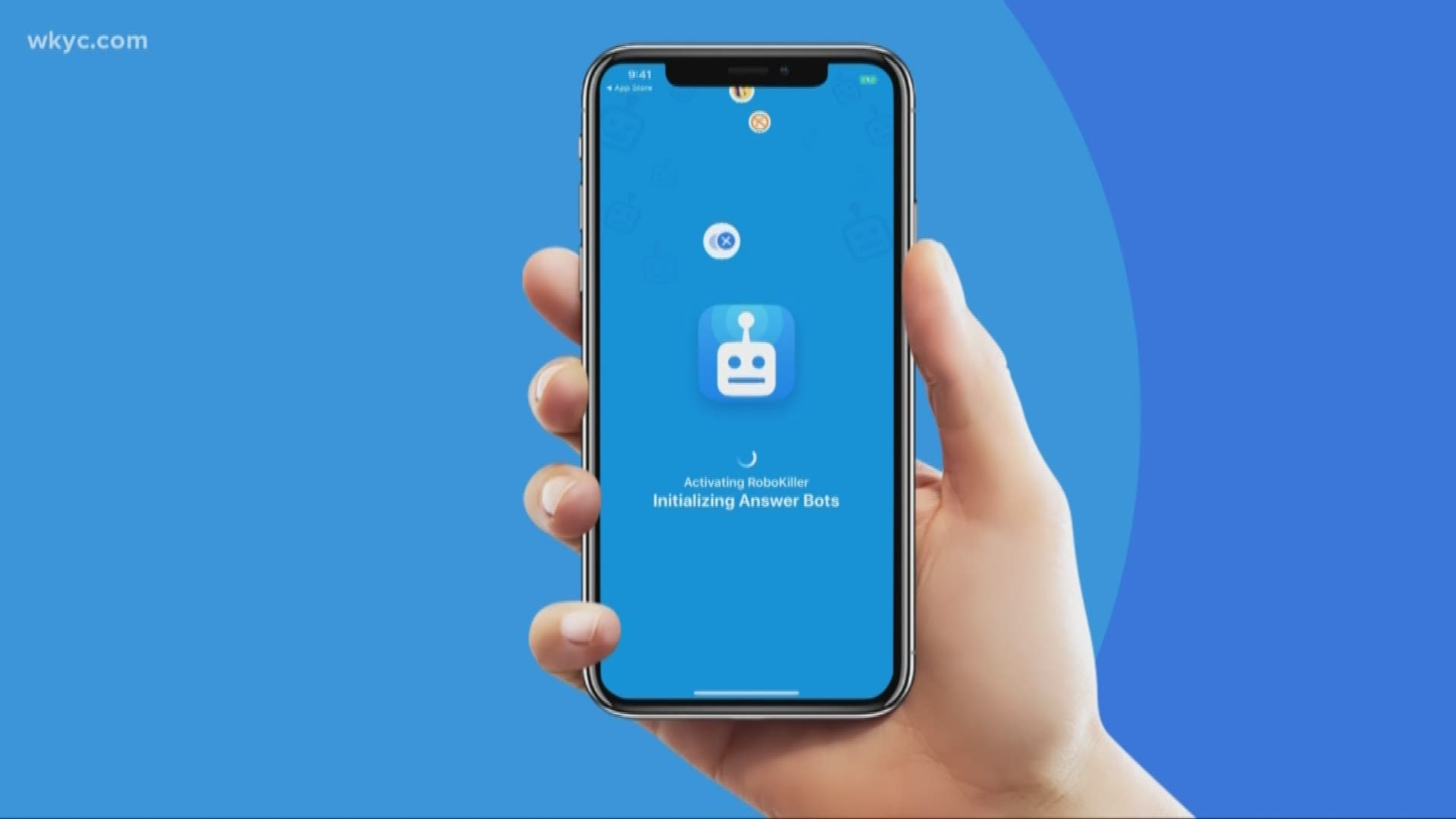 CLEVELAND — There is a war going on when it comes to your time.

On one side, there are telemarketers trying to reach you on your cell phone.

On the other, there are apps working to block them.

Perhaps the most entertaining one is called “RoboKiller,” which works on both Android and Apple.

“Our whole philosophy is that if we can waste their time, that’s time that they can’t reach into your pocket and steal your identity, steal your money,” Ethan Garr, RoboKiller, said.

The company redirects robocalls and answers them with a bot. Your phone never even rings.

You can pick from dozens of answer options or even make your own.

One selection engages the caller to say that you had an alien encounter. Another makes it sound as if the caller reached you on your wedding day.

“Our answer bots are really good at keeping the scammers engaged and wasting their time,” Garr said.

And for good reason.

According to their data tracker, RoboKiller found there were nearly 5 and a half billion robocalls last month, setting a record.

Garr said the government shutdown was a big reason why.

He points out the National Do Not Call Registry was not accepting new entries, while callers knew more people were at home and not working.

“They want to take advantage of that chaos and they did,” he said, “And we have another one looming, so it could get even worse.”