'There can be a change': Tuesday's George Floyd rally in Cleveland stays peaceful, unlike Saturday 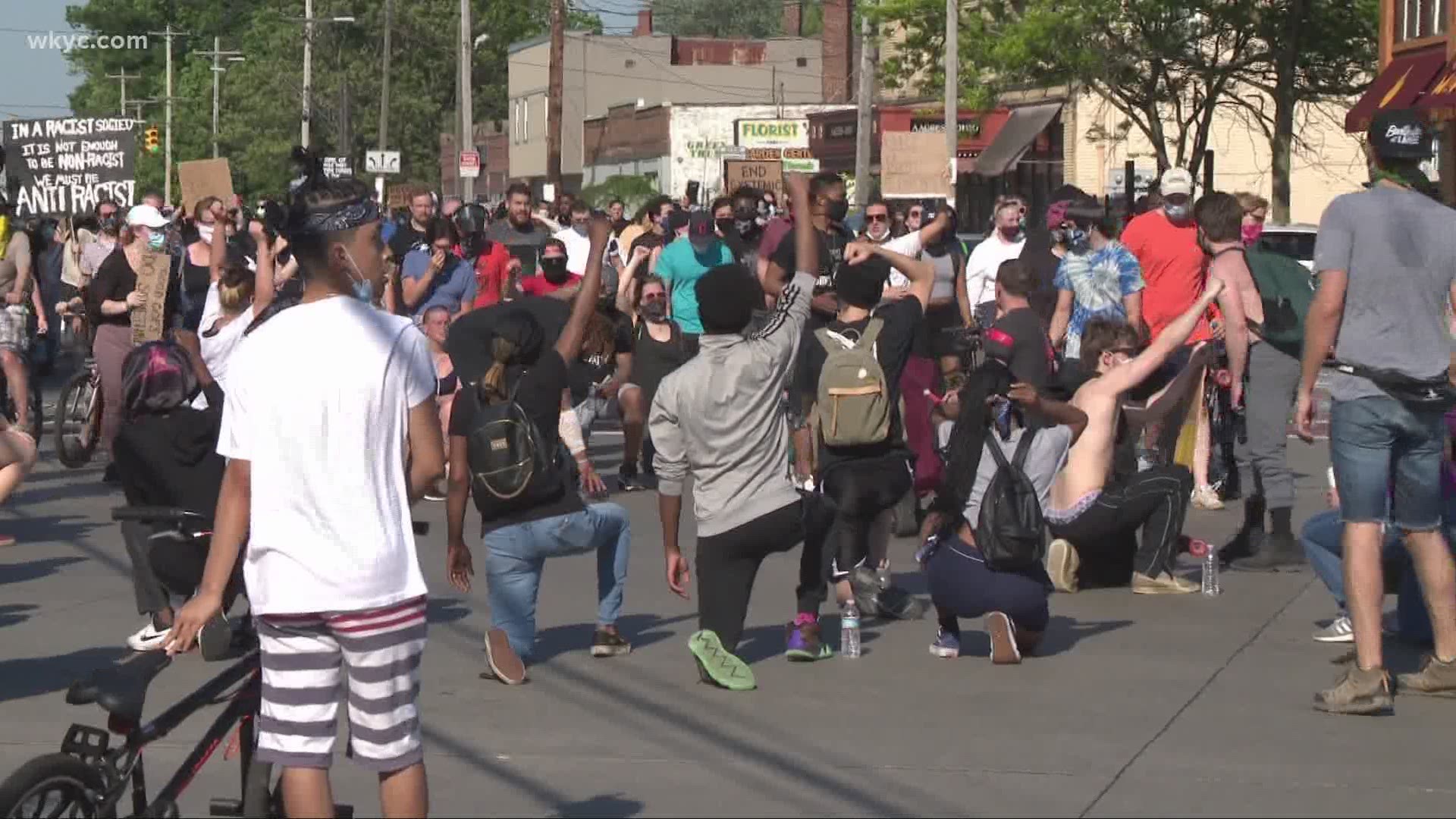 CLEVELAND — Wednesday was a much quieter day in Cleveland, one day after a peaceful protest on the West Side of Cleveland.

Tuesday's rally outside the first district police headquarters was the first within the city since Saturday's protest that began peacefully at the Free Stamp but devolved into rioting and looting along Euclid Avenue.

Unlike Saturday, Tuesday's peaceful rally stayed that way: As the crowd marched down Lorain Avenue, calling on officers to talk with them and kneel with them, First District Commander Daniel Fay did just that.

A handful of other officers followed his lead, crossing the barricade between police and protesters.

"To show these people that the boss that is in this building, is willing and able to bend a knee, to make those bridges a little bit smaller," Fay said. "I mention to a lot of the people, I said you want to come into my office, I'll come to your front porch because until we do that, we're not gonna solve any problems."

So what happened between Saturday's riots and Tuesday's rally? We turned to Case Western Reserve University law professor Bryan Adamson to help us break it down.

“There is a turning point where people say, 'Okay, we've got to talk, we've got to solve this, we can't keep on like this," he said, adding he believes protesters have become more intent on getting their message out there about systemic racism and police brutality.

There also seems to be a new openness for dialogue between demonstrators and police.

"I think it's heartening to see those conversations take place," Adamson said. "Both sides need to get past this and get on with the issues at hand: social and racial justice."