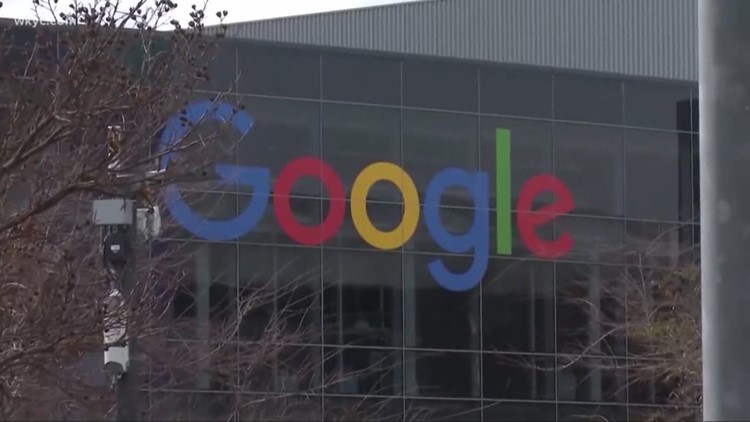 These were Cleveland's most-searched topics on Google in 2019

CLEVELAND — 2019 is coming to a close, and for the 19th consecutive year, Google is revealing its most-searched topics throughout the world and the United States.

Besides an overall list, the company has broken down the top searches by U.S. states and major cities as well. That includes Cleveland, and here are the top searched items for the city this past year:

People checking on their tax refunds is nothing new. This year was a little different, though, with some more changes going into effect as a result of the new Republican-backed tax law.

FILE - This March 29, 2018 file photo shows rapper Nipsey Hussle at an NBA basketball game between the Golden State Warriors and the Milwaukee Bucks in Oakland, Calif. A Los Angeles judge has ruled that grand jury transcripts in the killing of rapper Nipsey Hussle will remain sealed, for now. Superior Court Judge Robert J. Perry in a hearing Wednesday, June 5, 2019, ordered that the documents will remain sealed for at least three more weeks while defendant Eric Ronald Holder’s lawyer expands her argument that they should be kept secret. (AP Photo/Marcio Jose Sanchez, File)
AP

The popular rapper and community activist was shot to death outside his clothing store in Los Angeles on Mar. 31. 29-year-old suspect Eric Holder is currently awaiting trial.

The 20-year-old Boyce, who gained fame on Disney Channel and several feature films, tragically died on July 6 due to complications from epilepsy.

In this Sunday, Sept. 15, 2019, photo, New England Patriots wide receiver Antonio Brown waits for the team's NFL football game against the Miami Dolphins to begin in Miami Gardens, Fla. \Brown was released by the Patriots on Friday, Sept. 20, after a second woman accused him of sexual misconduct. (David Santiago/Miami Herald via AP)
AP

Thanks mostly to his bizarre antics, the NFL All-Pro receiver was traded from the Pittsburgh Steelers to the Oakland Raiders, only to be released by the latter right before the season after several spats during training camp. He was picked up by the New England Patriots, but after allegations of sexual assault came to light he was released again and is currently out of the league.

RELATED: Antonio Brown fires back at Baker Mayfield, says, 'You ain’t done nothing in this league'

The film was the first superhero flick with a female lead (Brie Larson) to make $1 billion at the box office, and also received positive reviews from critics.

This undated image provided by Disney Plus shows a scene from "The Mandalorian." People can send each other animations of Baby Yoda again. Giphy, a database of the mini-videos, had been removing animated GIF files of the Star Wars character from the new Disney Plus streaming series “The Mandalorian.” (Disney Plus via AP)
AP

Walt Disney's prized streaming service finally went live toward the end of the year, featuring the company's near-entire library and even shows it owns the rights to like The Simpsons. One of its original shows also brought us the sensation of "Baby Yoda."

This image released by HBO shows from left to right Maisie Williams, Isaac Hempstead Wright and Sophie Turner in a scene from the final episode of "Game of Thrones," that aired Sunday, May 19, 2019. (HBO via AP)
AP

RELATED: It's official! 'Game of Thrones' prequel 'House of the Dragon' is coming to HBO

Amid near-universal acclaim and $2.8 billion at the box office, the legendary Avengers film series also came to an end.

Browns fans were hoping Garrett would gain fame for his many quarterback sacks. Unfortunately, he instead became known across the country for his helmet-to-head him on Steelers QB Mason Rudolph, and earned himself a lengthy suspension.

RELATED: How the Browns can still make the 2019 NFL Playoffs

FILE - In this Feb. 28, 2019 file photo, actress Lori Loughlin poses with her daughter Olivia Jade Giannulli, left, at the 2019 "An Unforgettable Evening" in Beverly Hills, Calif. Social media star Giannulli posted her YouTube video Sunday, Dec. 1, first time since the arrest of her parents, Loughlin and fashion designer Mossimo Giannulli, has put her at the center of the college admissions scandal. (Photo by Chris Pizzello/Invision/AP, File)
Chris Pizzello/Invision/AP

Amid the wide-reaching college admissions scandal, the former Full House star Loughlin and her husband were both charged with bribing USC to admit their daughter under false pretenses. She is still awaiting trial and faces decades in prison.

RELATED: Olivia Jade is back on YouTube but she's not saying much

The top search in all of Ohio for 2019 was "Browns vs. Steelers," as the rivalry reached a fever pitch it hasn't seen since the early 1990s. The No. 1 topic in the United States was Disney Plus, while globally it was India "whitewashing" South African in cricket. See more here.