Mike Polk Jr. tests Betsy Kling and Jay Crawford on their knowledge of one of the most historic cities in America! 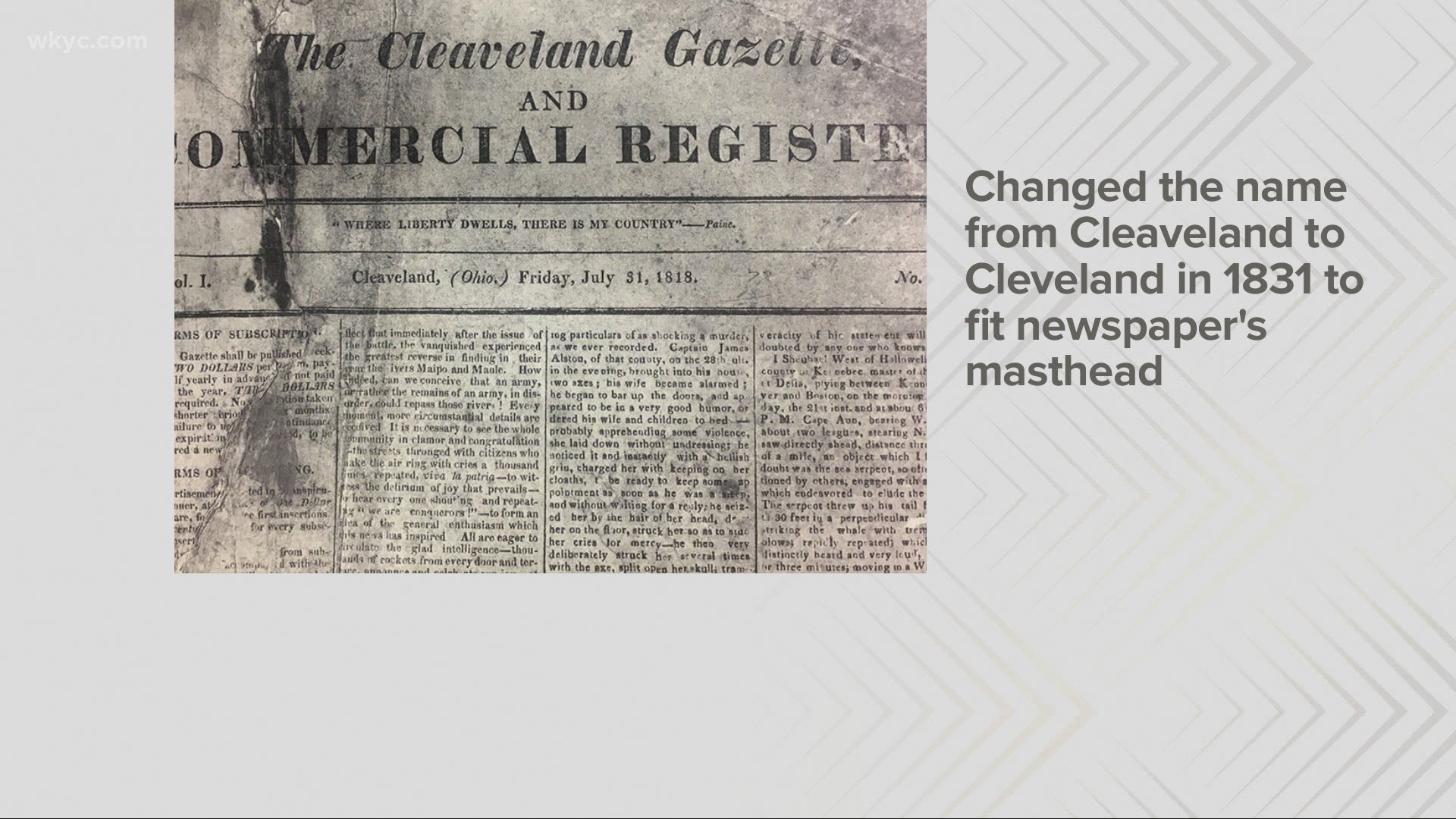 CLEVELAND, Cuyahoga County — It's Throw down Thursday, and what better way to celebrate Cleveland being in the national spotlight recently than with some of the city’s history?

Mike Polk Jr. tests Betsy Kling and Jay Crawford on their knowledge of one of the most historic cities in America!

1. Question: When was Cleveland founded?

Factoid: Cleveland was founded in 1796 near the mouth of the Cuyahoga River by General Moses Cleaveland, after who the city was named after. It grew into a major manufacturing center due to its location on both the river and the lake shore, as well as numerous canals and railroad lines.

2. Question: True or False: Cleveland used to be spelled differently.

Factoid: In 1831, the spelling of the town's name was altered by The Cleveland Advertiser newspaper. To fit the name on the newspaper's masthead, the editors dropped the first "a", reducing the city's name to Cleveland, which eventually became the official spelling.

3. Question: Jacobs Field and Gund Arena were part of what downtown renovation plan?

4. Question: What is the oldest building still standing in Cleveland?

Factoid: Built in 1824 as the home of Rufus and Jane Pratt Dunham, this midtown historic site opened to the public as a non-profit museum in 1941.

5. Question: What year did the terminal tower open?

Factoid: When it opened, it was the second-tallest building in the world.

Sources used include the following: