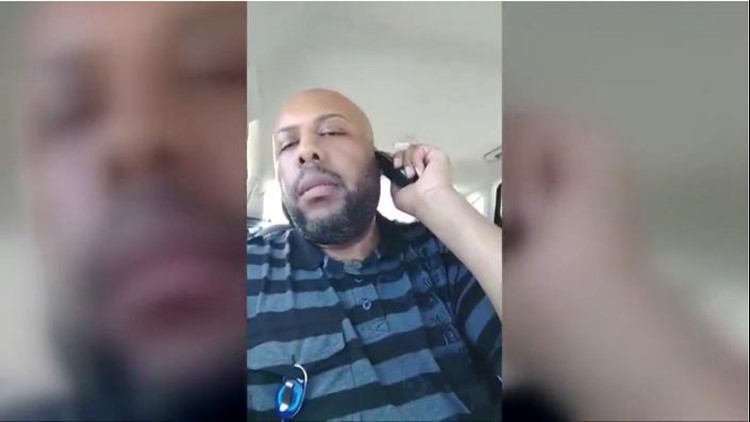 The search for Steve Stephens, the man accused of shooting a 74-year-old dead on Easter Sunday, continues nationwide.

The search for Steve Stephens, the man accused of shooting a 74-year-old dead on Easter Sunday, ended Tuesday morning when he was found dead inside his car in Erie, Pennsylvania.

Stephens is accused of shooting 74-year-old Robert Godwin, Sr., and posting video of the murder to Facebook. Police expanded their search beyond state lines with belief that Stephens may have left Ohio.

Those beliefs were confirmed Tuesday around 11:10 a.m., when Pennsylvania State Police spotted Stephens' car and attempted to pull him over. Instead, Stephens shot and killed himself.

Name: Steve Stephens, 37, with a last known address in Twinsburg

Godwin was a father to 10. His family says he was taking a walk, collecting aluminum cans, on E. 93rd Street prior to Easter dinner when he was killed. He'll be laid to rest Saturday.

Stephens uploaded video of himself shooting Godwin to his Facebook page. He also went live on Facebook to confess to the murder. Stephens' account has been disabled and all videos are no longer visible to the public.

The search for Stephens came to an end after two days on the run, when he shot and killed himself in Erie, Pennsylvania on Tuesday. Stephens visited a McDonald's drive-thru, where an employee recognized him and stalled him long enough to call 911. When Stephens saw police approaching, he drove off.

A two-minute pursuit followed before Stephens shot and killed himself.

Is this ASU student's GoFundMe for the Cleveland shooting victim legit?

Were there warning signs that Steve Stephens had a mental illness?

Steve Stephens named among FBI's 'most wanted' amid $50,000 reward

Verify: Where is your GoFundMe donation going?

What to say to children who've witnessed a traumatic event

Steve Stephens spoke with his pastor after shooting