Cleveland's Tower City Center to be reimagined as 'destination marketplace'

'Tower City Center will be a destination for the community to convene, dine and interact.' 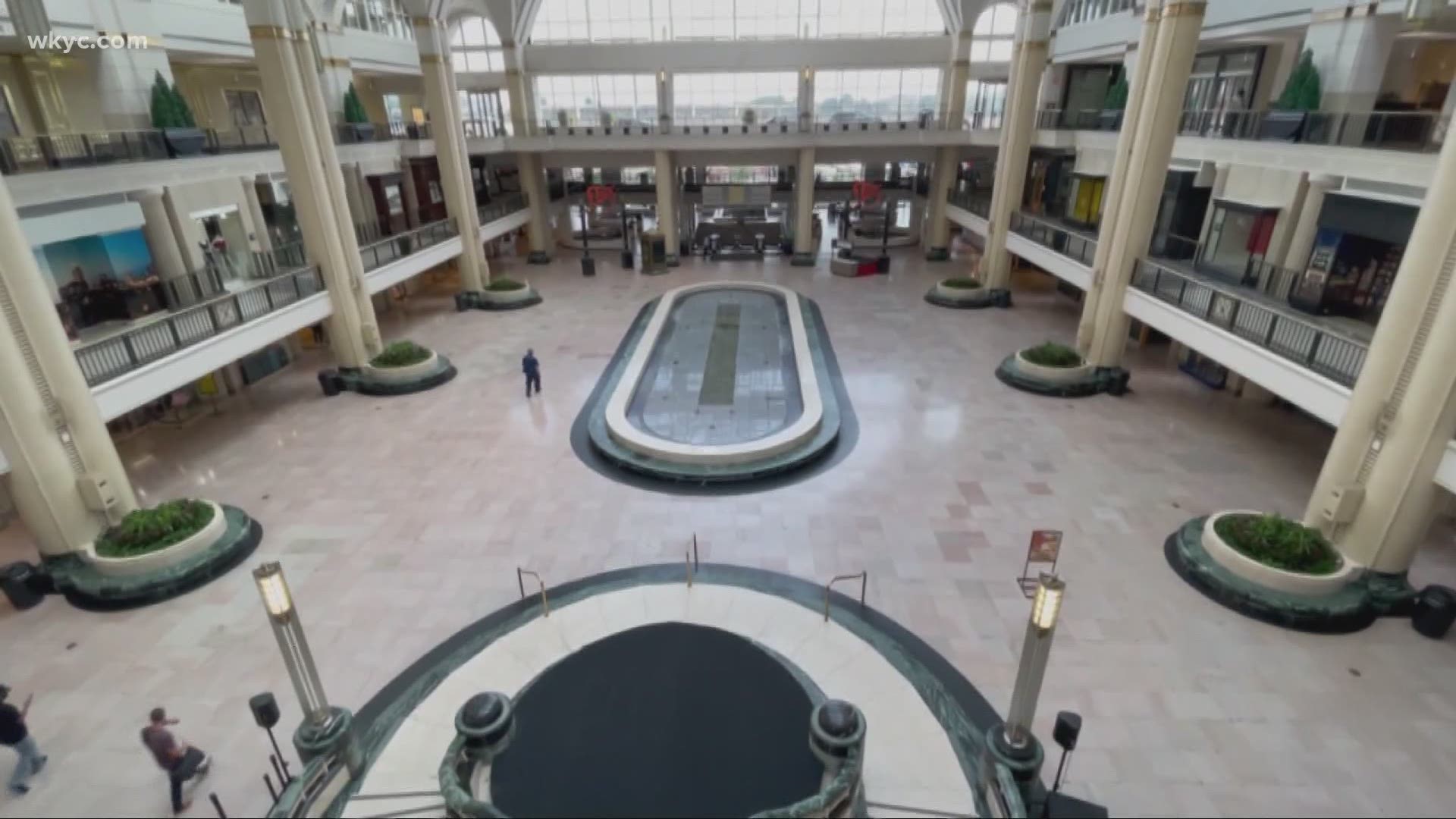 CLEVELAND — Tower City Center is getting a facelift.

Bedrock, a real estate firm, revealed a first look at the upgrades coming soon to the iconic downtown Cleveland location. They say it's "set to become a hub for shopping, pop-up retail experiences, dining and entertainment" with an influx of local, small and minority-owned businesses.

"Centrally located and modeled after the great marketplaces from around the globe, Tower City Center will be a destination for the community to convene, dine and interact," Bedrock officials said in a press release Thursday morning. "With experience always at the forefront, an ongoing calendar of family friendly events, seasonal programming and pop-ups will provide an influx of opportunities and options for northeast Ohio consumers, including residents, professionals and visitors."

"Tower City’s existing retailers are excited for these new tenants, who are slated to start opening for business in Fall 2021 ahead of a series of highly-anticipated events in the city center," Bedrock officials said. "These include but are not limited to the Rock and Roll Hall of Fame Inductions and the NBA All Star Weekend."

The new look got a positive reaction from patrons. Even though they said it doesn’t look a whole lot different architecturally, they think a makeover is long overdue.

"There [aren't] any stores," Deandrick Smith Taylor said. "Our beautiful mall has a large pipe leak.”"

"Stores that appear to be open ... are not," Kamesha Clark added. "I think this is the first mall that I've been into that I thought was haunted."

"Some of the lights are out; there's poles everywhere," Clark's daughter Adriana observed of the current setup. "It looks like an industrial hotel, to sum it up."

Others hope the renovations will provide more options similar to popular shopping spots in Cleveland's suburbs, things that have been lacking for years.

"There's just not that much of the shops that you can get out in the Strongsville, Lakewood and Westlake areas," Colton Shaw, a downtown resident for the last year and a half, explained.

While the people we talked to are excited about such options, some are hoping they're not priced out of shopping there.

"Just places where people in the community can come in and enjoy it," one shopper said, "[instead of] putting in high-end places that consumers that really shop here can't actually come in and afford."

"First of all, Tower City is the heart of Cleveland," Smith Taylor declared. "Two, we need to start supporting small businesses."

"Having something in the downtown area will really help those who live downtown and the people who would like to come down more often," Shaw concurred.

"I feel like it'll bring in more people because they'll see something different and more modern," Adriana Clark said.

Bedrock, as part of the Rock Family of Companies, acquired Tower City Center and The Avenue Shops in 2016. The structure served as the Cleveland's main railroad station from 1929 until the 1970s before being remade into a shopping mall, although train service continues as the downtown hub for the RTA.