The entire bow of the sub was rotted through. The doors for the forward torpedo tubes needed to be completely rebuilt to original specs. 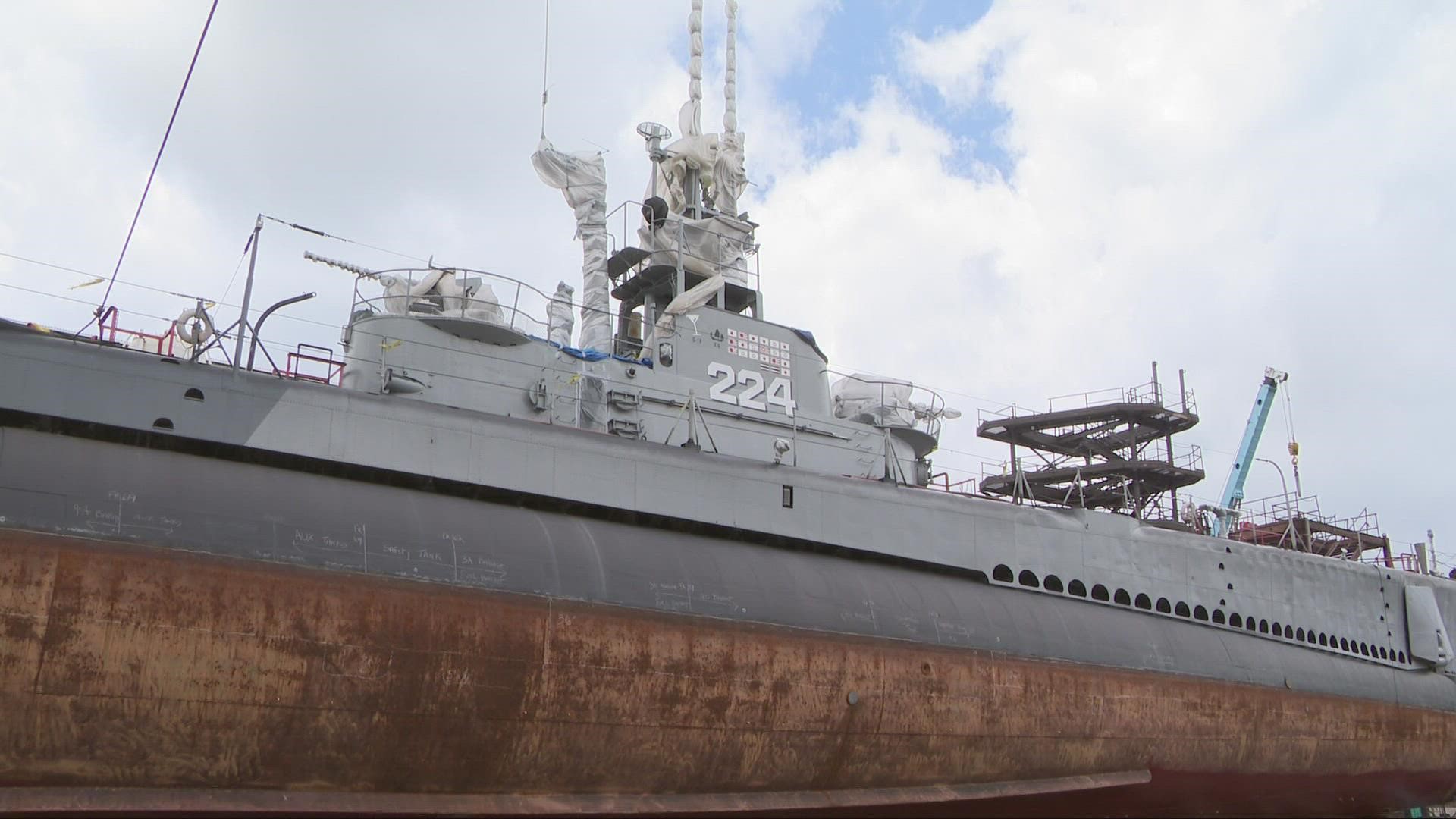 CLEVELAND — You may remember that the USS Cod was recently towed out of its dock facility where it has been since the 1950s. It had a slight collision with a U.S. Coast Guard vessel on the way out.

That led to a couple of dents and some scratchers on the front of the Cod, but there were even bigger repairs that need done below the water.

Sitting in Lake Erie for more than 50 years can wear on you. A volunteer aboard the USS Cod noticed bubbles coming out of the ballast tank two years ago. That led to an inspection, and the discovery of a rust hole that shouldn't be there.

Making the Cod's next journey to Erie Pennsylvania and the Donjon dry dock shipyard.

The people in charge of preserving the Cod wondered what else was below the waterline. As it turned out, entire sections of steel were badly damaged by time. Now, the next battle this World War II submarine will fight is against rust and corrosion. The entire bow of the sub was rotted through. The doors for the forward torpedo tubes needed to be completely rebuilt to original specs. Another challenge: Cleaning off thousands of zebra mussels.

"It's a little like looking at your child on the operating table with all of the hoses and sensors,” says Paul Farace, president of the USS Cod memorial. “It's a little unnerving.

Farace says the $1.4 million makeover addresses the issues from the waterline and down.

The money is funded by a steadily growing endowment, a National Parks grant and other donations. That will pay for entire sections of rust and corrosion to be replaced with new steel. Thanks to a donation from Sherwin-Williams, the Cod will also get a new paint job.

The Cod hasn't been docked on dry land since 1963.

For Donjon, this is their team’s first time service a WWII submarine.

"Every one of our workers here feels responsible to help preserve this historic monument,” a company official tells 3News. “To be a little part of that history is a privilege for all of us."

There is some good news. The very bottom of the Cod was better than expected and has already been sprayed with paint. The new coat of paint will be more rust-resistant than before. By the next time the Cod is dry-docked in eight to 10 years, they're hoping it won't need this level of work.

"The investment we're making here in the shipyard hopefully will keep Cod a proud element of Cleveland's lakefront for another 100 years,” Farace says.