Cleveland officials say at least one of the dogs was captured but couldn't confirm whether the other had been found. 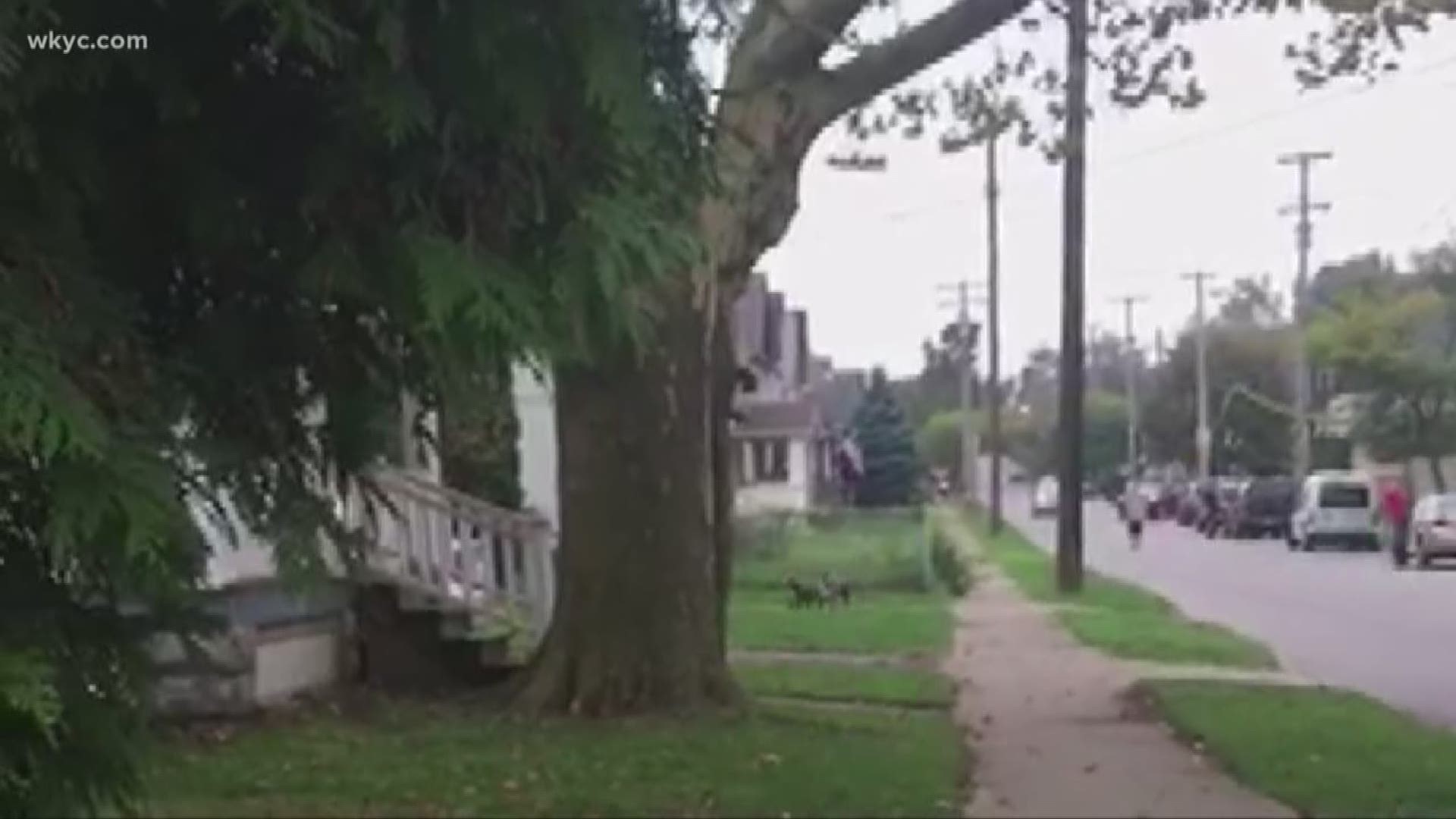 CLEVELAND – Multiple people were attacked after a couple of pit bulls got loose in one of Cleveland’s west side neighborhoods Monday.

The incident happened in the area of W. 58th Street and Storer Avenue.

Jay Anderson is a resident there and was one of the people who was bitten by the dogs. He suffered minor injuries to his legs and buttock. He went to the hospital for treatment.

The dogs also bit one of Anderson’s neighbors who was trying to keep the dogs from attacking children on the street.

“They were just shooting the breeze and then all of a sudden this started happening. They were just watching,” said Anderson. “Then the dogs focused their attention on them and started running. Running that way. Then ran through the houses to W. 59th [street].”

The dogs were on the loose long enough for many people in the neighborhood to hear about what was happening, many arming themselves with bats and objects as the dogs came and went.

While on the phone with animal control, one man hit a dog with a bat as it charged at him.

Moments later animal control arrived along with EMS to provide care to those who were injured.

“I’m just happy they didn’t get the kids,” said Anderson. “I can take it.”

City officials say at least one of the dogs was captured but couldn’t confirm whether the other had been found.

Anderson, says owners need to be held responsible for the actions of their pets.

“It’s justified to charge this person.”