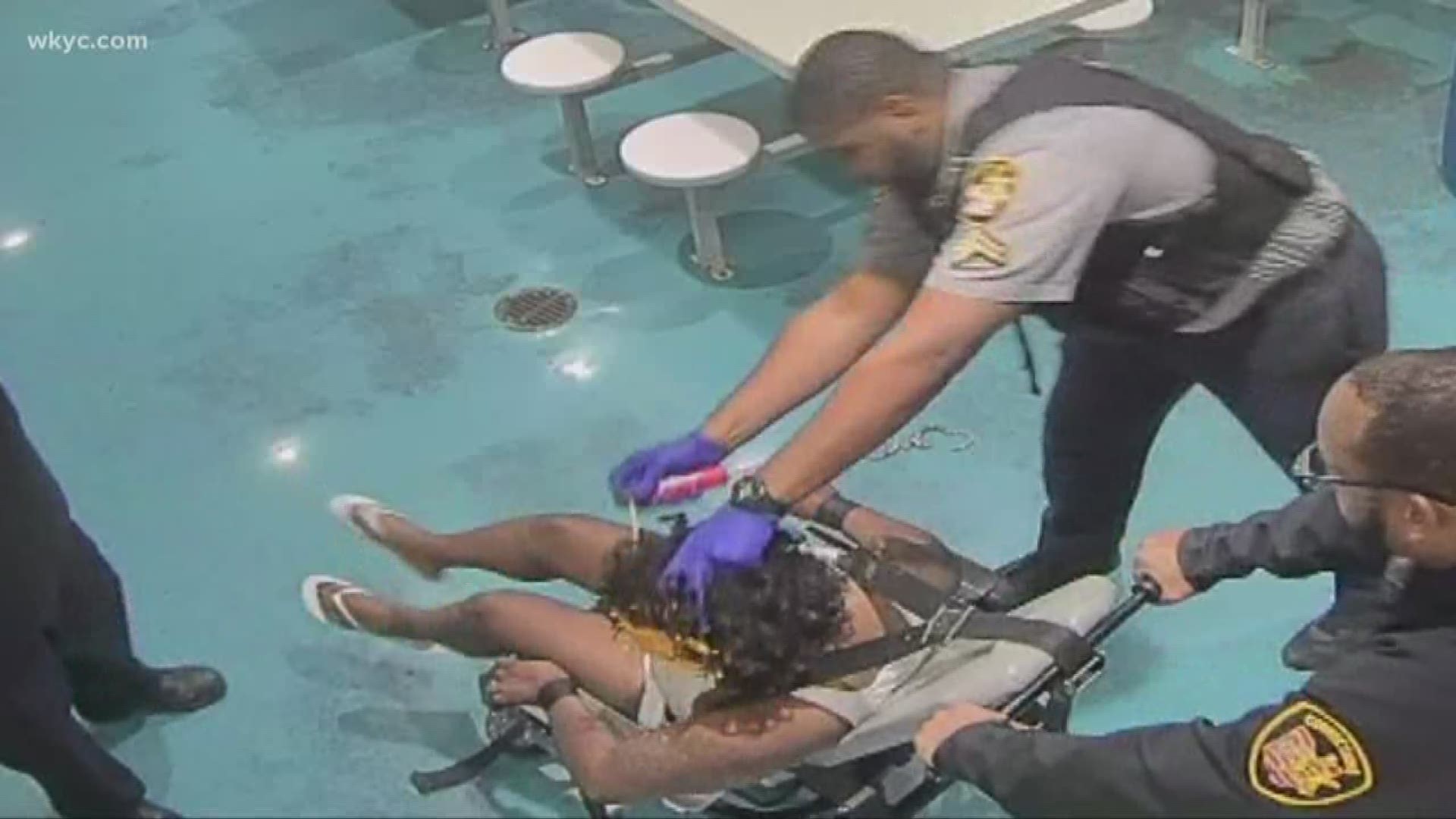 CLEVELAND — Recently released surveillance video inside of the controversial Cuyahoga County jail shows two now-indicted corrections officers punch and pepper spray a woman who was tied up in a restraint chair. 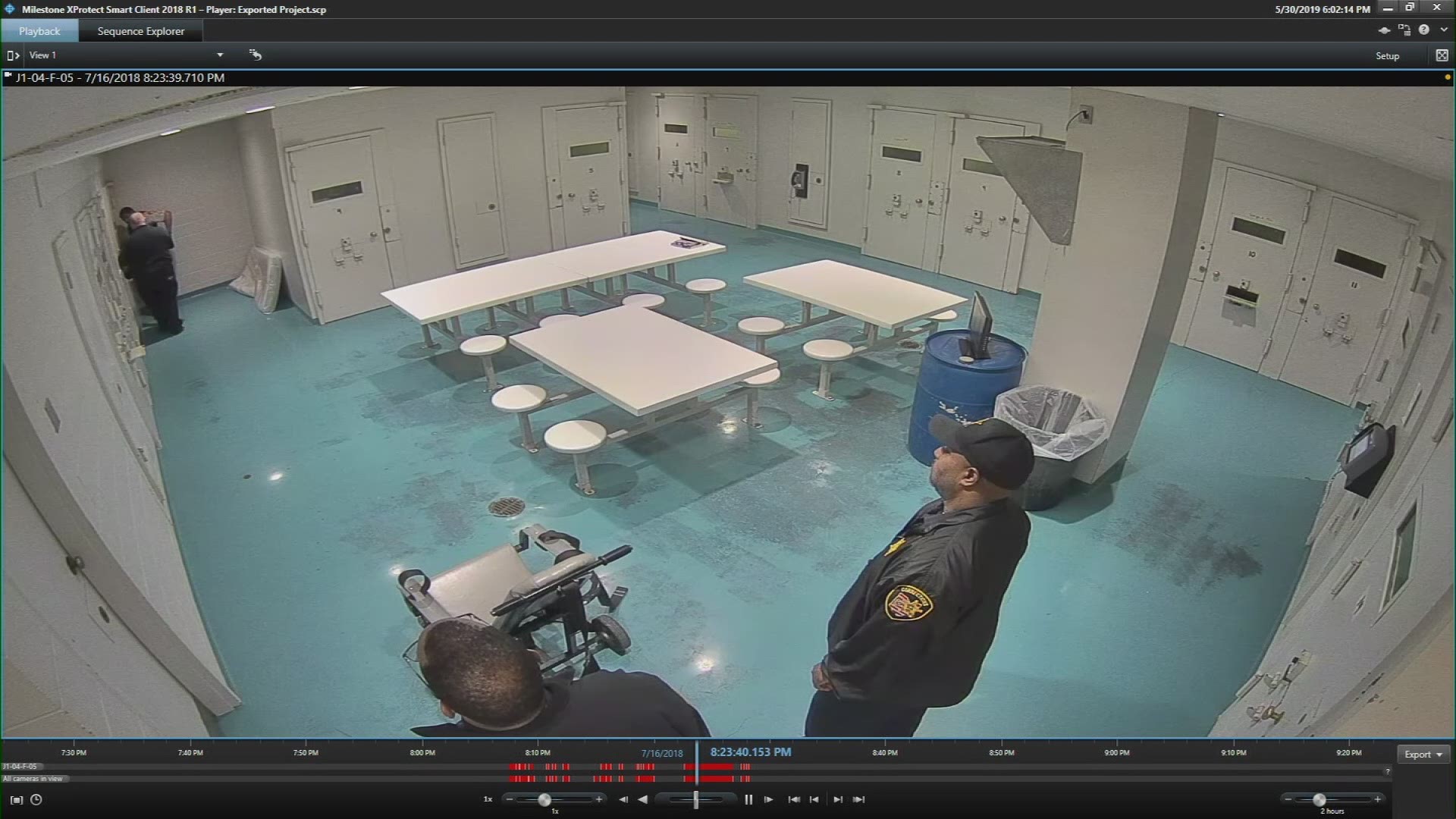 “It appears that the officers involved and those that were participating all knew what was going to happen. They all anticipated it. None of them were bothered by it. And it looked like a scene that may have played out many many times before.”

Chandra says this all started because Glass wanted to make a phone call, which he says is her “constitutional right”. But, he says the officers took it as Glass mouthing off and they wanted to teach her a lesson as a result. Essentially, he says the only crime she committed in that instance was that the officers felt she had a smart mouth.

“There is simply nothing Chantelle Glass could have done that would justify leading her into a room and torturing her,” he said.

“She continued to feel the burn of pepper spray, in her skin, in her hair, in her eyes for an extended period of time,” he said.

We reached out to the county officials for a comment, but they declined.

In November, the U.S Marshals released a scathing report which detailed several issues at the jail, including poor treatment of inmates. There’s also been nine deaths there since 2018. Chandra says the video gives credence that there is a cultural problem at the jail.

“This suggests that we have an extremely serious institutional problem. It starts at the bottom with the line correctional officers and it works all the way at the top at the executive suite level and that’s a really difficult problem to fix,” Chandra said.

Marsh and Clark have pleaded not guilty to the charges against them.