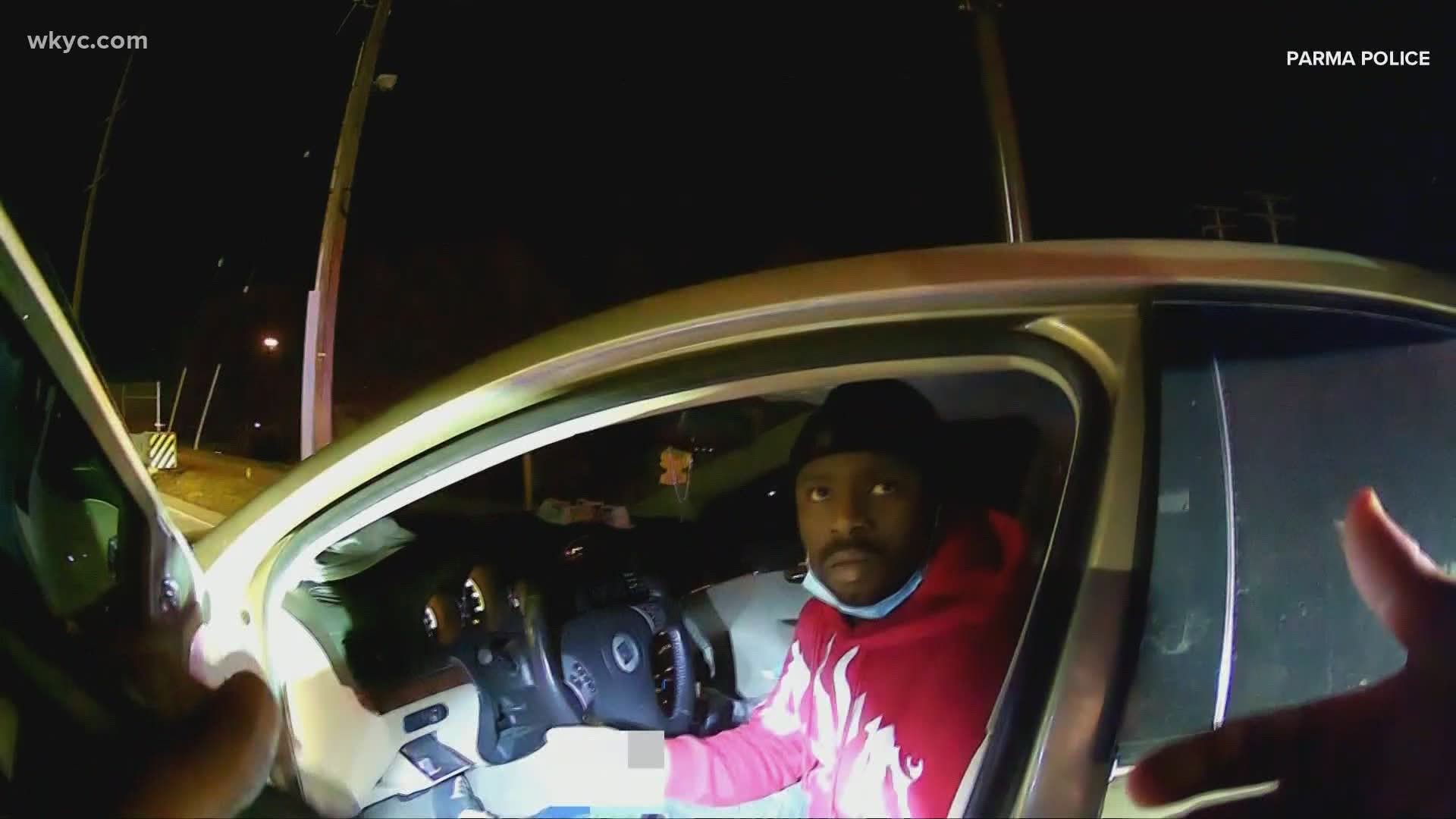 Parma police say they stopped the 24-year-old Jackson just after midnight on Sunday on State Road just after Brookpark Road, for having windows that were tinted too darkly.

In the body cam video, you see the officers speak with Jackson. The officers go back and forth with him a bit before asking him to step out of the car so they can search it. He refused, so officers tried to pull him out of the driver's side door. Jackson then drove off, almost dragging one of the officers. That officer was able to free himself and was not injured.

The dash camera captured Jackson driving off, and the officers running back to their cruisers before giving chase, reaching speeds of almost 100 miles per hour on the highway.

Jackson turned himself in around 2 a.m. Sunday.

You can watch the bodycam video below:

On Monday, appeared in Parma Municipal Court on charges related to the chase.

He was issued a $50,000 bond and transferred to the Cuyahoga County Jail on Monday evening. Jackson faces a felony charge of failure to comply with the order/signal of a police officer.

3News was able to confirm on Wednesday morning that the 24-year-old was issued a $10,000 surety bond in Cuyahoga County, with no 10-percent condition. Jackson's case will next be seen by a Grand Jury.

Just days ago, an arrest warrant was issued for Jackson in relation to the assault of a woman back in December. The warrant says Jackson "did knowingly cause or attempt to cause physical harm" to the victim, identified as the mother of his child.

The warrant also says Jackson allegedly struck the victim several times in the head, causing her to hit a couch and fall on the floor. She suffered a lump to the forehead and dizziness due to being struck, the warrant reports.