Rally in support of Palestine held in Westlake

A march in support of Israel took place earlier this week in Beachwood. The armed conflict between Israel and Hamas continues to escalate. 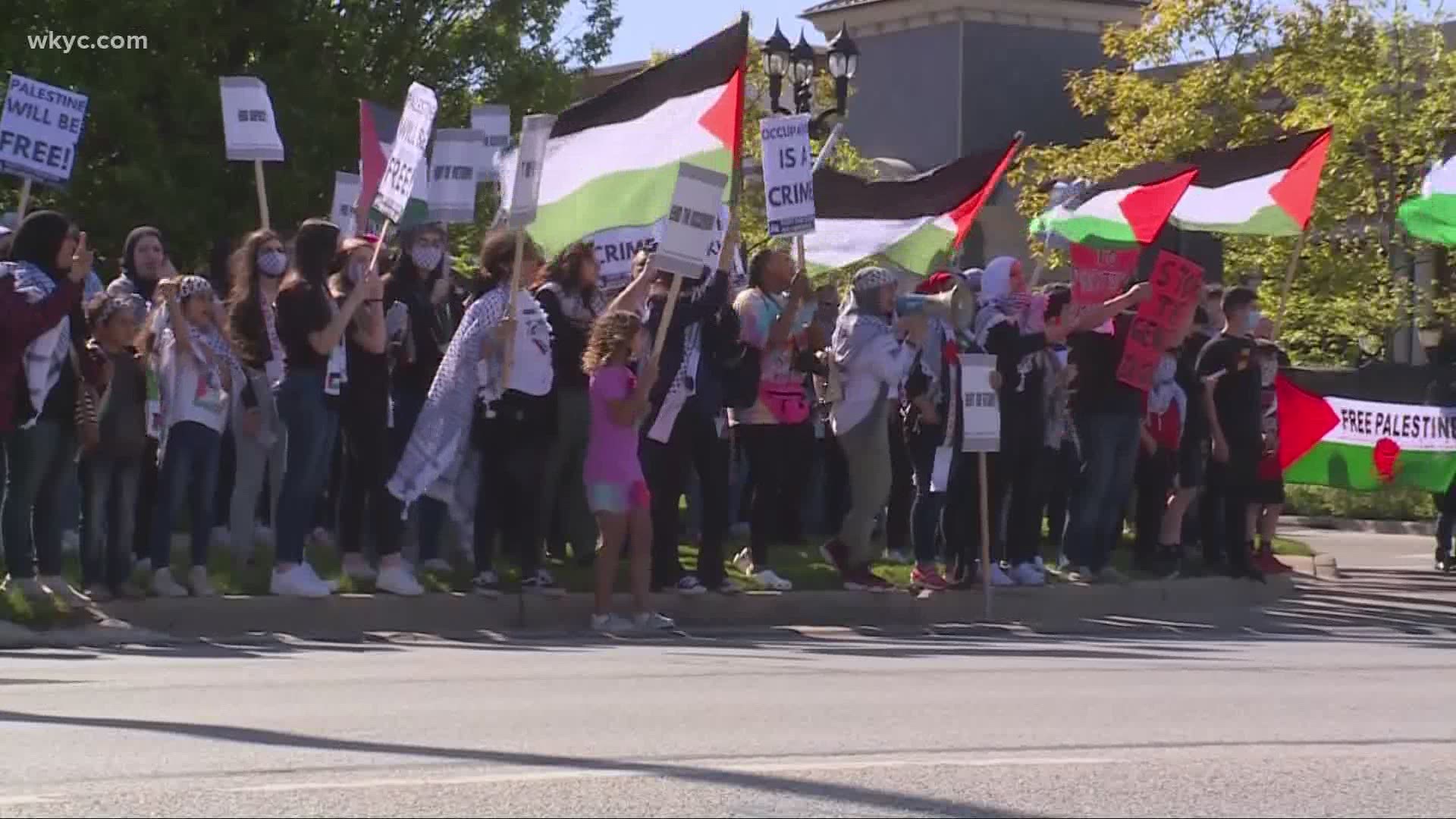 WESTLAKE, Ohio — Members of the community gathered in Westlake on Friday to hold a rally in support of Palestine amid the ongoing deadly conflict involving Israel and Hamas.

A "broad coalition" of protesters met near the east entrance of Crocker Park to call for "an immediate end to violence and repression by Israeli Occupation Forces (IOF) in Sheik Jurrah, near East Jerusalem, Occupied Palestine, where Palestinians are facing more ethnic cleansing through forced evictions and attacks by the IOF." They are also demanding the United States "immediately" end all military aid to Israel.

A representative for Crocker Park told 3News that the demonstrators did not have permission to gather inside the shopping complex and were asked to leave. The below statement was given to 3News.

"A protest formed this afternoon on our private property that we did not give permission to do so and had no knowledge of. Therefore, the Westlake police immediately moved the protest out onto public property so that they can publicly protest in Westlake but not at Crocker Park."

The rally was held along the sidewalk on Crocker Road.

At one point during the rally, tensions were raised when a man charged into a group of people protesting and was detained by members of the Westlake Police Department.

A short time ago, police arrested a man who charged at people participating in the Palestine protest. @wkyc pic.twitter.com/c33T0b68jP

Tensions in the Middle East have boiled over in recent days, with Hamas in the Gaza Strip and the Israeli military exchanging rocket fire. 122 people have been killed in Gaza along with seven in Israel, including 31 Palestinian children and a 6-year-old Israeli boy.

You can watch the protest again in the player below:

Earlier this week, 3News also streamed a rally in support of Israel that took place in Beachwood, and you can view it again below: