The Cod underwent repair work in an Erie, Pa. drydock. The $1.4 million makeover was funded by an endowment, a National Parks grant, and donations. 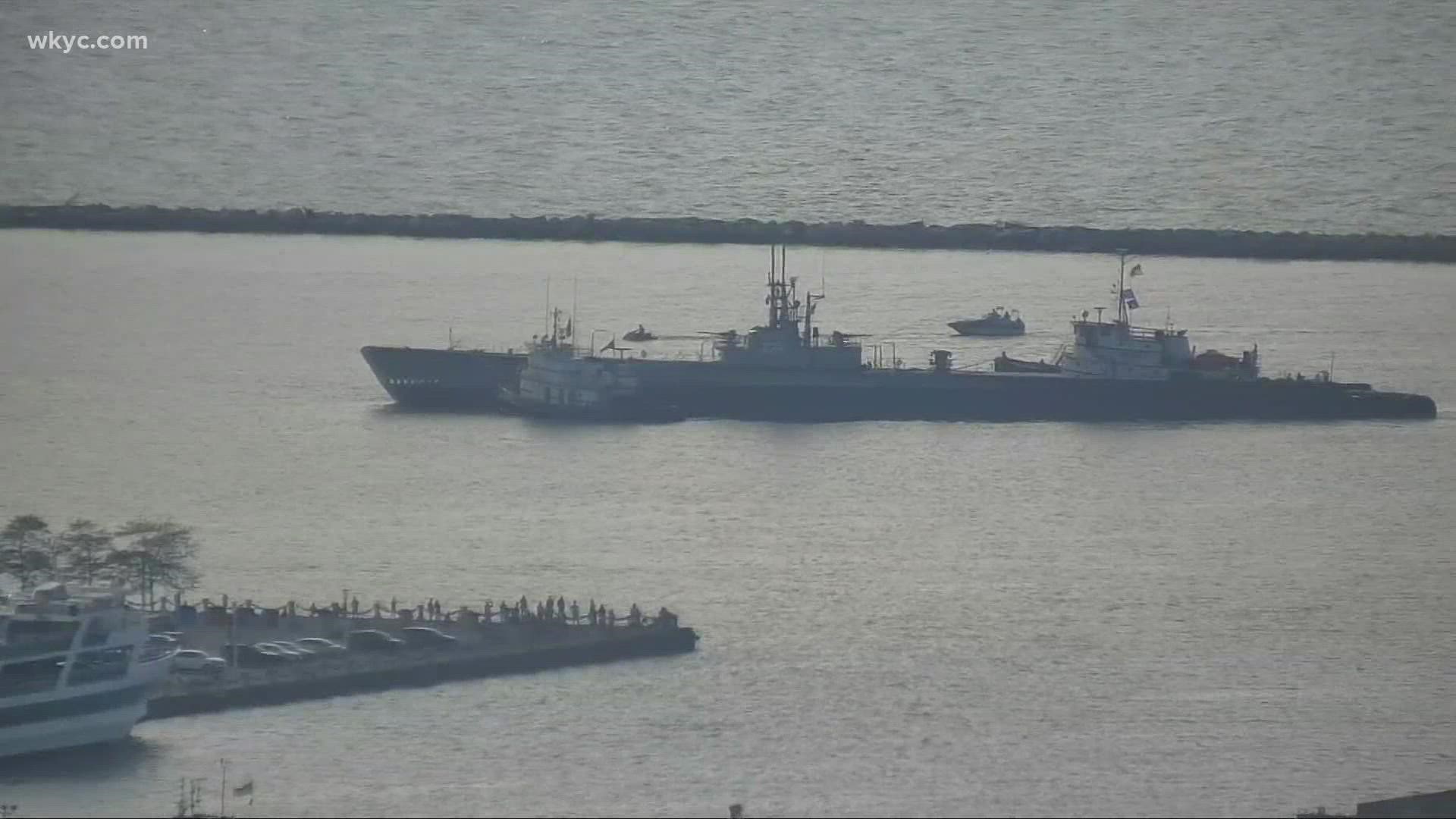 CLEVELAND — The Cod is home!

On Wednesday afternoon, the legendary World War II-era submarine completed its 13-hour journey back to Cleveland after two months of restoration work in Erie, Pennsylvania.

The USS Cod has been a tourist attraction on Cleveland’s lakefront for more than 62 years, but was sent to Donjon Shipbuilding & Repair Co. in Erie for 63 days of repairs to its underwater hull. The Cod's 10 torpedo tubes were refurbished, along with its ballast tank plating. The Sherwin-Williams Company donated a new hull coating system for the sub.

The $1.4 million makeover of the Cod was funded by a steadily growing endowment, a National Parks grant, and other donations.

“We’re extremely grateful to the staff at Donjon Shipbuilding & Repair Co. for their efforts to ensure our submarine will remain a proud memorial to the men and women of America’s armed forces,” said Paul Farace, president of the USS Cod Submarine Memorial, in a statement. “We also can not thank Sherwin-Williams Co. enough for the donation of their world-class marine hull coating products to ensure Cod is shipshape for future generations,” he added.

The Cod will reopen for tours once its 2-ton steel brow is set in place on Thursday to allow the public to safely board the ship.

UPDATE: A homecoming ceremony will take place at Cod’s dock will now take place on Saturday, August 28 at 1 p.m. The event will feature a ribbon cutting and donor recognition, followed by a welcome home cake cutting (rain or shine).

The homecoming had been set for this Sunday, August 22, but has been rescheduled due to road closures for the Cleveland Browns preseason football game at FirstEnergy Stadium.

"We can fight enemies under the sea but we cant fight the gridlock of an NFL game, " said Farace in a statement.

You can watch our live video of the Cod's return to Cleveland below:

June's departure of the Cod to Erie marked the first time that it had sailed in over 50 years. The voyage was not without a little drama as a collision took place between the Cod and the Coast Guard ship Morro Bay. Officials say that the collision caused only superficial damage to the hull and superstructure of the USCGC Morro Bay.