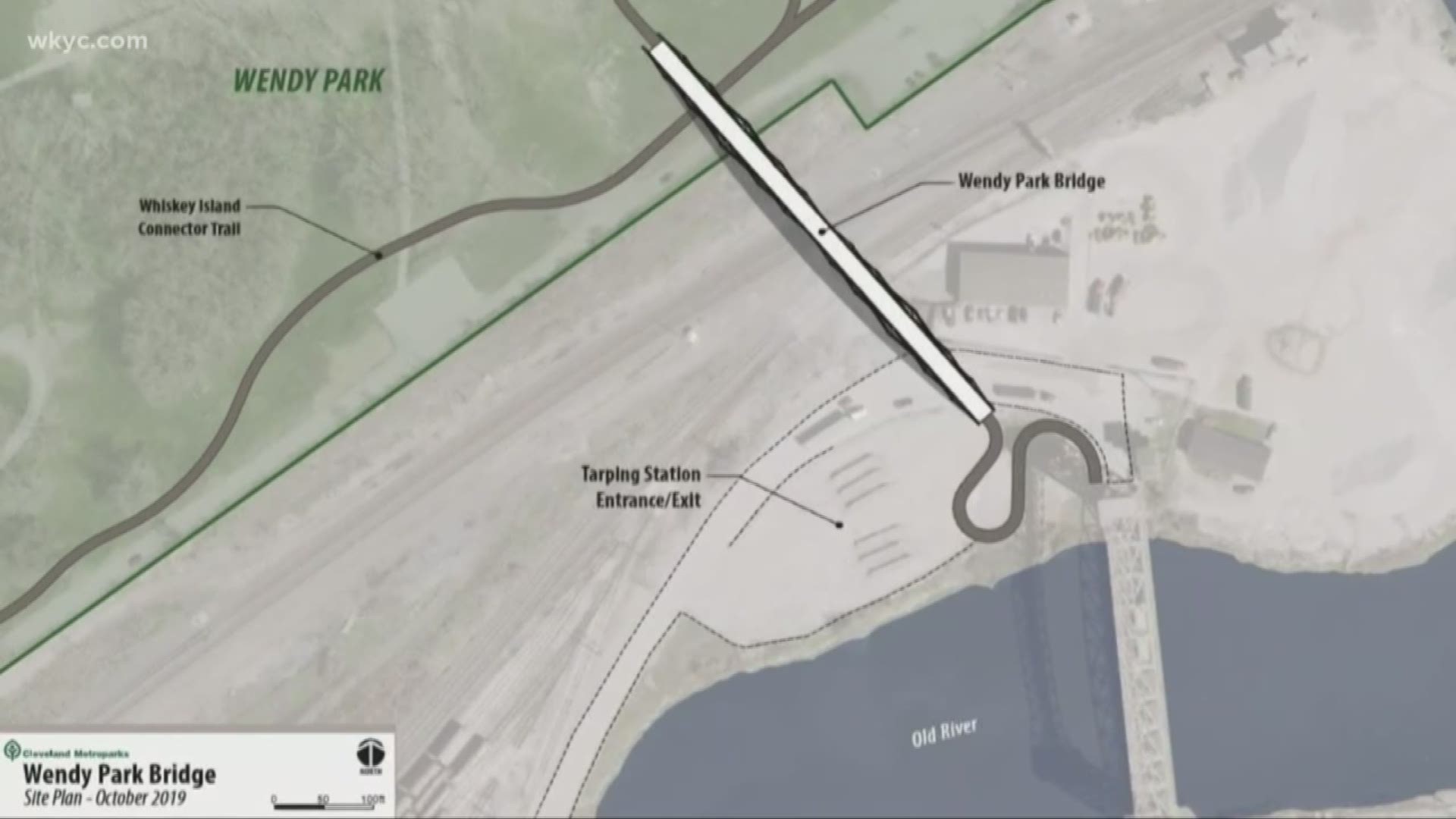 After more than a year of construction, Cleveland Metroparks officially opened its Wendy Park Bridge and Whiskey Island Trail on Thursday morning.

The opening of the Wendy Park Bridge and Whiskey Island Trail marks the completion of the $16.45 million "Re-Connecting Cleveland TIGER Grant" project, which links more than 66,000 Cleveland residents with more than four miles of trails to areas of employment, schools, shopping districts and parks. Additionally, it provides a new link between Cleveland and its lakefront.

“We’re thrilled to reconnect Cleveland with its lakefront with the opening of the Wendy Park Bridge and Whiskey Island Trail,” said Cleveland Metroparks CEO Brian M. Zimmerman. “The Re-Connecting Cleveland project is a testament to the strength of partnerships and regional collaboration in creating a more equitable and accessible transportation network in Northeast Ohio.”

Of the $6 million it cost to build the Wendy Park Bridge, $3 million came from the Wendy Park Foundation as well as from the TIGER program, The Trust for Public Land, State of Ohio capital funds and LAND studio.

"We are so grateful to Cleveland Metroparks for its expert execution of this vision for a more connected and accessible lakefront for Cleveland,” said Halley Moore, Wendy Park Foundation. “So many public, private and non-profit organizations came together to make this happen—it wouldn’t have been possible without a substantial team effort.

"We are thrilled that the Wendy Park Bridge, which will be known as Wendy’s Way, is now open for use along with its massive network of connected trail systems. We expect significant positive economic impact for our community, along with improved health and well-being of those who choose to get out and enjoy them. Our contribution to the bridge honors Wendy Moore, the daughter of Wendy Park founder Dan Moore and Marge Moore.”