What’s happening with the Hyperloop project in Cleveland?

The high-speed travel would connect cities like Cleveland and Chicago. 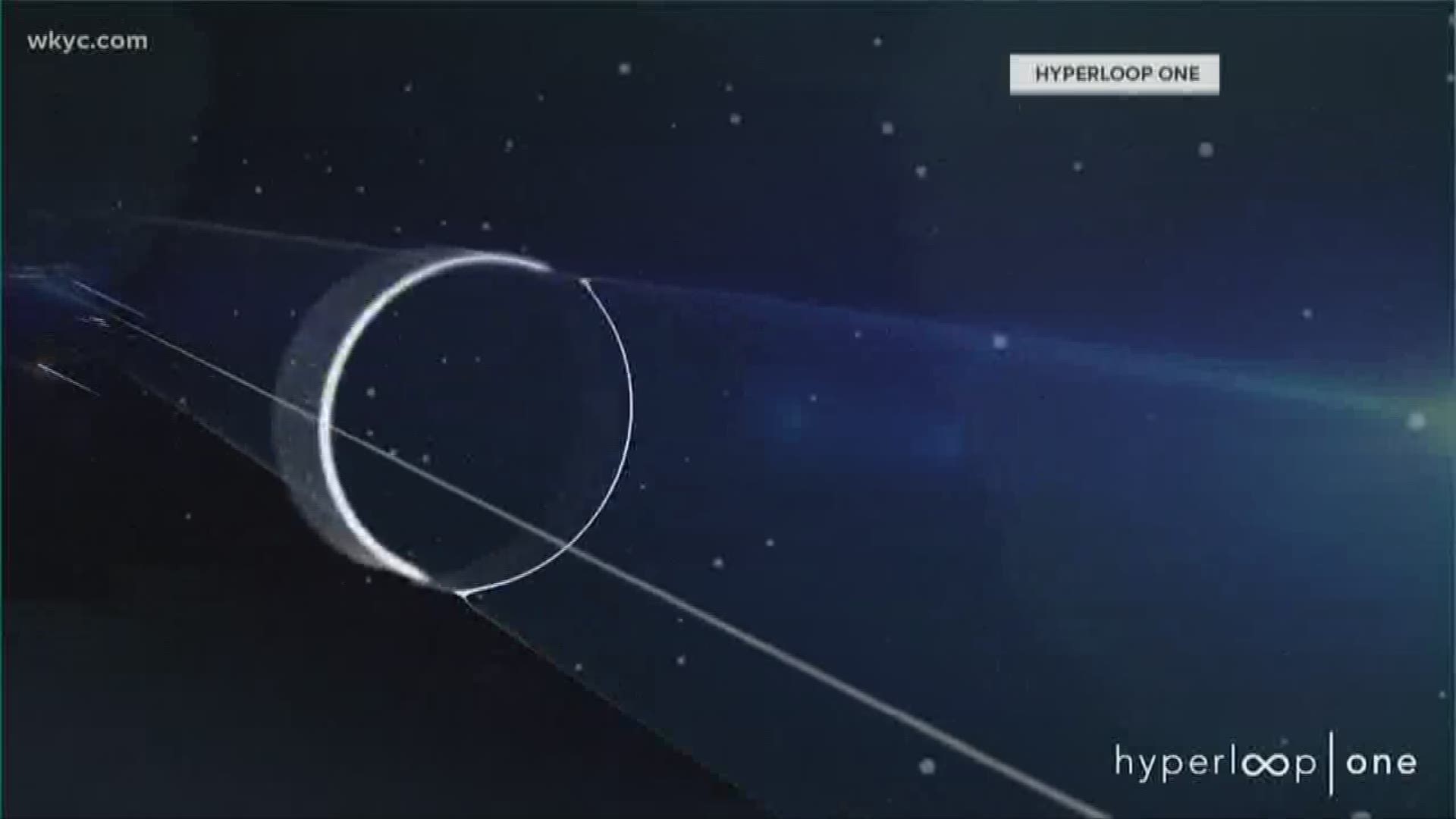 CLEVELAND — Could hyperloop technology be possible in Northeast Ohio?

Monday a public meeting, hosted by the Northeast Ohio Areawide Coordinating Agency (NOACA) and Hyperloop Transportation Technologies (HTT), was held to discuss the feasibility of the plan.

The capsule is similar to an airplane without wings and moves through a tube using green technology.  It has the potential to travel up to 700 mph.

"Just like everything else, if you do things right it can be very safe, it's safer than what's out there today," explains HTT Founder Dirk Ahlborn.

"But there's always some risk of course and you need to minimize those."

The study found there are economic benefits to creating the system.  For example, creating 900,000 jobs over 25 years in various areas including service and retail.

"It has been studied enough to say that there's something here and it's worthwhile to move forward," says NOACA Executive Director, Grace Gallucci.

"Because this is a new mode of transportation there's a lot of aspects that are just unknown."

Gallucci says it's unknown which federal agency would regulate the process and what kind of standards would be created.

“We have a Great Lakes Hyperloop Consortium, which is over 50 companies -- both in the public and private and university sector -- who are here committed to bring this to life,” Rob Miller of Hyperloop Transportation Technologies told us back in August. “This is happening, it’s coming here."

The study also looked at three alternative routes from Cleveland to Chicago with a direct route, across Lake Erie to Lake Michigan taking 31 minutes at comfortable speeds, a turnpike and toll road route taking 47 minute,  as well as a hybrid, mostly Ohio turnpike route with travel using rail or utility rights of way, through Indiana at 36 minutes.

The complete report on feasibility is expected in mid-December.

"What I can promise you is that it has been very important for our agency and for our partners at the state level and the federal level to ensure that this is a mode of transportation that is affordable for everybody," says Gallucci.

Not only does Hyperloop Transportation Technologies say it’s safe, but it's also affordable at the price closer to a bus ticket than a flight.