WKYC anchor and managing editor Russ Mitchell will be inducted into the Press Club of Cleveland Hall of Fame's Class of 2017 on Thursday. 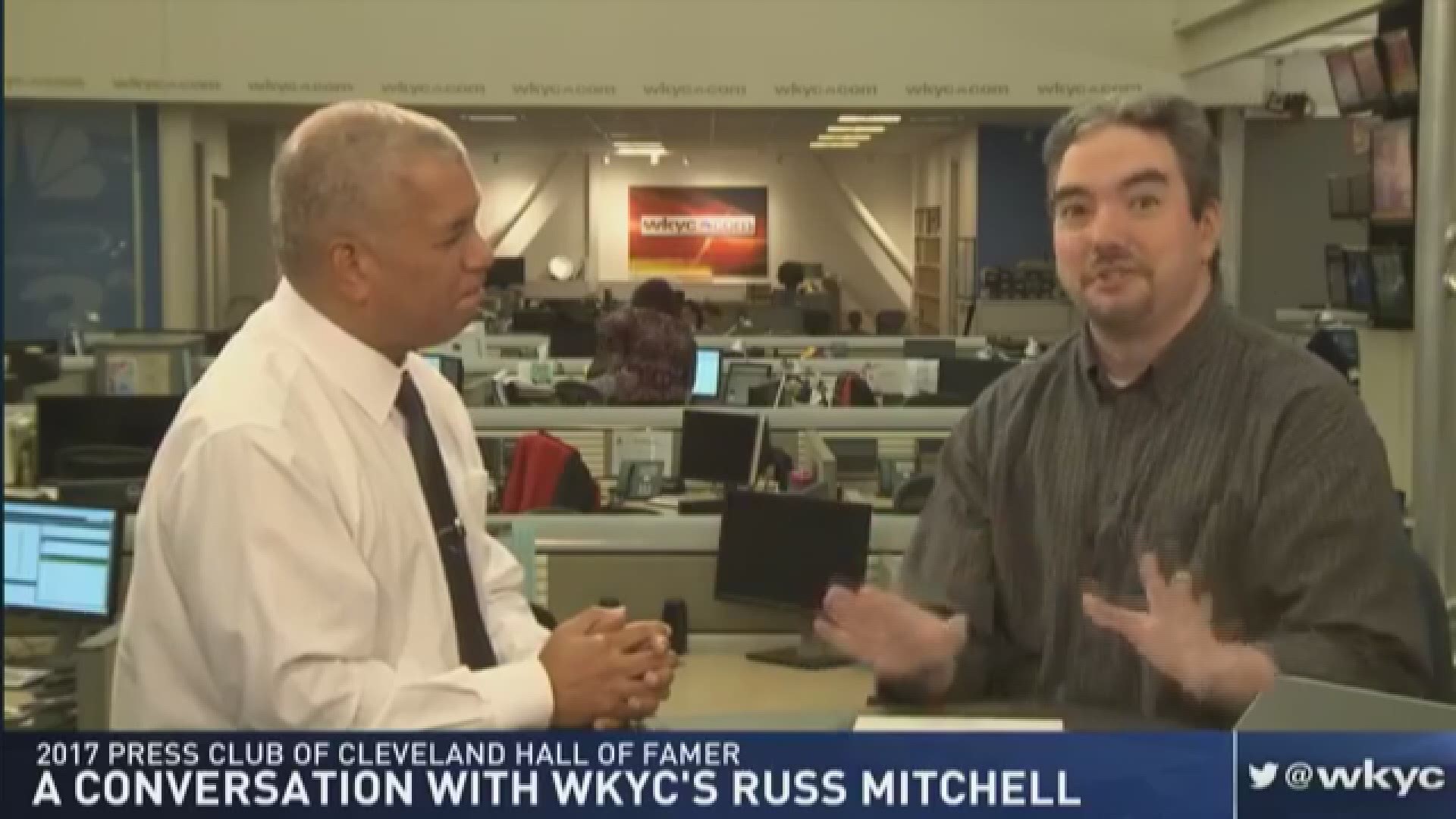 Being inducted into the Press Club of Cleveland Hall of Fame after being in the area for only six years might seem out of the ordinary.

But then again, Russ Mitchell is no ordinary journalist.

Thursday night, the WKYC Channel 3 anchor and managing editor will be a part of a Hall of Fame class that will include Joe Frolik, Janet Macoska, David Molyneaux, Carol Story, and former WKYC reporter Joe Mosbrook. Tom Moore of radio station WTAM 1100 will receive the 10th annual Chuck Heaton Award.

The event will be held at LaCentre Conference & Banquet Facility in Westlake.

"It's an honor," Russ told me in our conversation. "Cleveland is a wonderful town. When I came here, it was almost like coming to high school for the first time. You ask yourself all of these questions that lead to anxiety, 'will they like me? Will I like them? Will I fit in?' I knew within the first two or three days of being here at Channel 3 and in Cleveland that this was going to be a great ride. And it continues to be."

Russ arrived at WKYC Channel 3 in January 2012 after 20 years of distinguished work with CBS News. He was co-anchor of the overnight show ‘Up to the Minute,’ worked as a correspondent on Connie Chung’s ‘Eye to Eye,’ anchored the Saturday Early Show, Saturday Evening News and Sunday Evening News. He traveled extensively as a reporter for the CBS Evening News with Dan Rather and 48 Hours.

"I was standing in line at the Dollar General when a station-wide email from our (then) President and General Manager arrived that said, "Russ Mitchell is joining the Channel 3 team," recalls WKYC Chief Meteorologist Betsy King. "I actually knew that name!"

Before making it to CBS, Russ' career took him from St. Louis to Kansas City, to Dallas, and back to St. Louis. But he never forgot his roots and the people who helped him along the way. "People were so nice to me at my first job at KTVI in St. Louis when I was 17, " Russ recalls. "Many people would ask me, 'do you want to come back to the control room and see how we do things? Do you want to come in on the weekend and watch us?' It was incredibly nurturing."

Russ has taken it upon himself to give back whenever possible. He returns to his alma mater at the University of Missouri every summer to help with a journalism workshop. And what advice does he give to those seeking to follow in his footsteps?

"You have to do everything. You have to be a jack-of-all-trades in this business," Russ tells me. "You also have to have a thick skin because this is a tough business, it's a subjective business. And always keep trying, never get to a point where you think you can coast."

So what is it like working with co-anchor Sara Shookman, 'The Chief' Betsy Kling, sports anchor Jim Donovan, and the rest of the Channel 3 news team?

"I watch these folks every night and I learn," says Russ. "It's like watching a master class of broadcasters, I'm incredibly lucky."

For Sara Shookman, the feeling is mutual. "Working with Russ is a blessing. He's the guy that stops to say hello to everyone in the building. By name. He's conscientious. He cares. And his leadership has influenced all of us at WKYC. He's been a wonderful friend and mentor since the day we met, and a true partner at 6 and 11. He's helped me grow, simply by letting me pick his brain every day."

Betsy Kling adds, "It has been a huge honor to get to work alongside someone with Russ's resume, but even better to this man my friend. Not only does he bring credibility, but his wicked humor shines through. He's a steadying force in the newsroom and a colleague young professionals can look up to."

Away from the anchor desk, Russ has enjoyed so much of what Northeast Ohio has to offer. "Cleveland has a wonderful restaurant scene. I really like trying things out, it's relaxing. The museums are great and just to be able to get around town in an easy, non-drama way. I love that freedom! And the people here are amazing. Everyone has been so friendly and complimentary, not just of me, but of the station and what we try to do here."

You can watch my entire interview with Russ in the player above.