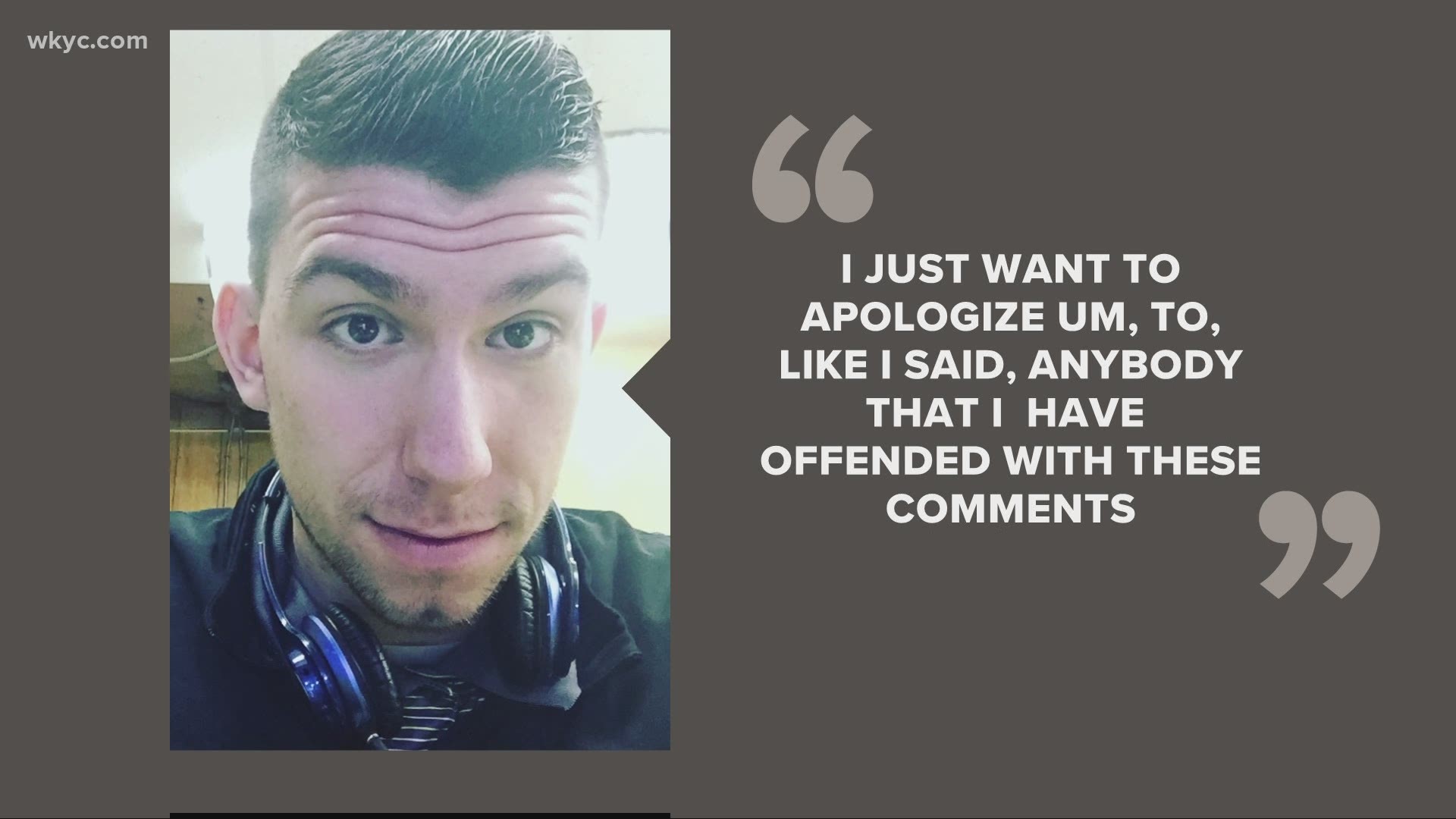 CLEVELAND — A local broadcaster is out of a job after using an offensive term on the air to describe Democratic Vice Presidential nominee, Sen. Kamala Harris.

The use of the term stirred up plenty of anger on social media as Tribe fans expressed their concerns on Twitter.

“We are aware of the reference made on WTAM by Kyle Cornell. We take this matter very seriously and addressed it immediately. The term used is extremely offensive and does not align with our station’s core values and commitment to the communities we serve. He is no longer with WTAM.”

3News, which has a partnership with WTAM, spoke with Cornell on Thursday. Cornell told Tiffany Tarpley that what he did was an unfortunate mistake.

"I wasn't trying to be malicious or in any way decimate the character or anything like that," Cornell said. "That was never the goal. And for that, I am truly sorry."

The 26-year-old also apologized to the station.

"For the station of WTAM too, I feel awful for putting them through what they've had to go through over the past 24 hours...I just want them to understand it was a rough choice to make and that I accept my punishment and know that I still love and care about everyone at the station, wish them well and I hope that they can forgive me for making a judgement in error and something that I know is not me."

The firing of Cornell came one day after Reds television broadcaster Thom Brennaman was suspended for using an anti-gay slur when he was coming back from a break during the first game of a doubleheader. Brennaman later apologized and was taken off the air in the second game.