The crash shut down three lanes of the highway, but the scene has since been cleared. 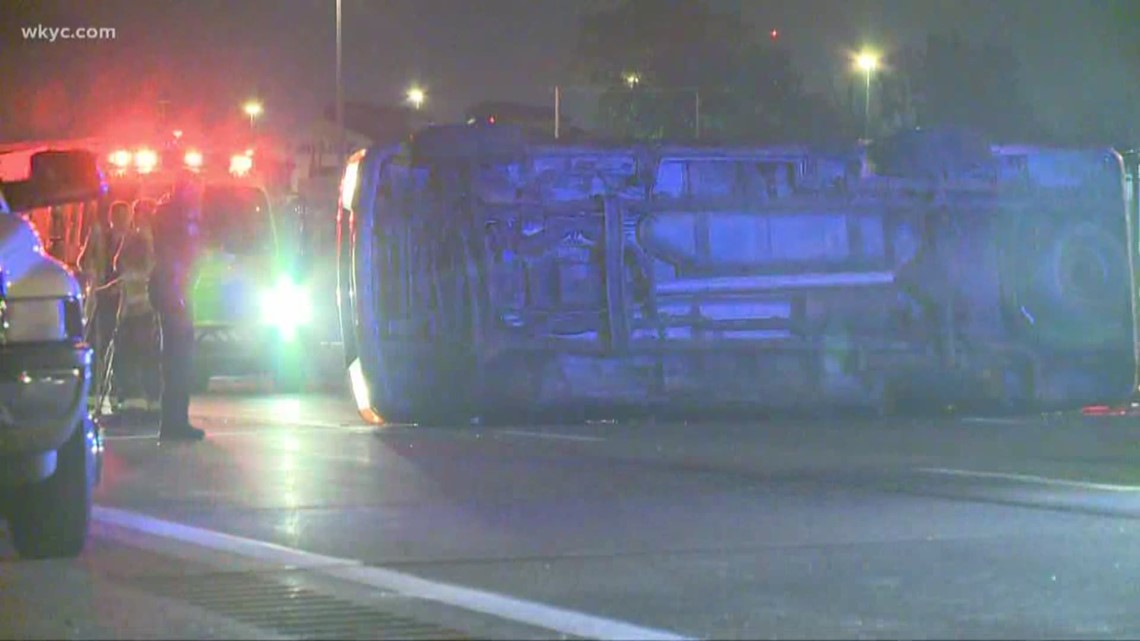 CLEVELAND — Authorities say three people were taken to the hospital overnight after a passenger van carrying a youth group overturned on I-90 West at E. 156th Street.

The crash, which happened around 1 a.m. Thursday, shut down three lanes of the highway.

We’re told the accident happened as the group was driving back from Fairport Harbor.