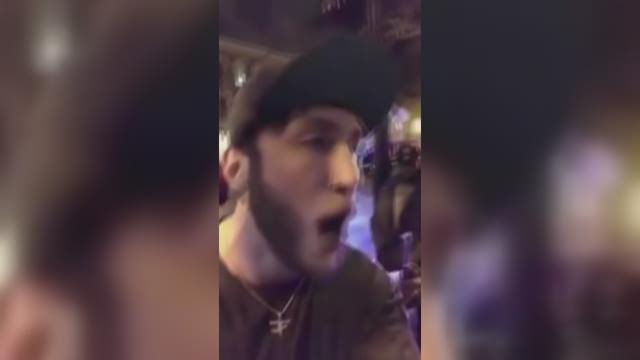 A popular downtown bar is speaking out after days of internet harassment that they say was caused by social media stars slandering them online.

While visiting her family over the holiday weekend, popular YouTube star Alissa Violet posted a video to social media, claiming she and her boyfriend, fellow social media star Ricky "FaZe" Banks, were beaten up by staff and patrons at Barley House on Saturday.

"Barley House in Cleveland just literally tried so much [expletive]. They [bleeped] us up in Cleveland," said Violet in the video. "Nobody go to Barley House. I'm about to file a lawsuit."

The staff of Barley House is now defending the bar, after dealing with several days of intense online backlash.

"They keep suggesting we hurt them," says Corey May, managing partner for Barley House. "We did nothing but try and protect them from a situation they brought on themselves."

May says it actually started when the couple was in a restricted area in the basement.

"After 2 a.m., that area is off limits to anybody within the building other than employees, and that's where we found them with both male and female being in the restroom initially. That's what brought the concern," says May.

The couple did leave, but loitered outside harassing bar patrons and staff, according to May.

In a second video, this one posted by Banks himself, he is seen yelling on the sidewalk on West 6th.

"Barley House in Ohio Cleveland. [Bleep] this place!" said Banks in the video. "These guys just tried to choke me out."

It was sometime after that, according to May, when the couple got into a scuffle with patrons who were tired of being taunted.

The couple continued to post throughout the night, with pictures and photos of their injuries.

It quickly kicked off a relentless internet campaign to smear the bar, and the people they say are at fault.

The harassment has been far-reaching and effective. Combined, Violet and Banks have 7 million subscribers on their YouTube channels and nearly 10 million followers on Instagram.

That army of fans unleashed a blitz that left Barley House with a crashed website, a Yelp page flooded with false complaints, and a Twitter page that had to be locked to stop death threats.

"We've had disgusting pictures sent to our staff," says May. "They've been told they should kill themselves. They should die. [They've seen posts of] pictures of my employees mailboxes like people are outside of their houses."

Several staff members said they had cancelled their own personal accounts due to insults and threats of violence, some from YouTube fans as young as 12-years-old.

Barley House has responded with a Facebook post of their own, calling the two internet stars "instigators, liars, and manipulators" who are "trying to use social media to not only destroy our business, but to encourage people to harm our employees physically or emotionally."

"They're threatening people's livelihoods as well as their lives," says May. "Just because they wanted a good YouTube story or Snapchat."