The YWCA Greater Cleveland expanded its circle on Tuesday night, bringing the community together to help end homelessness. 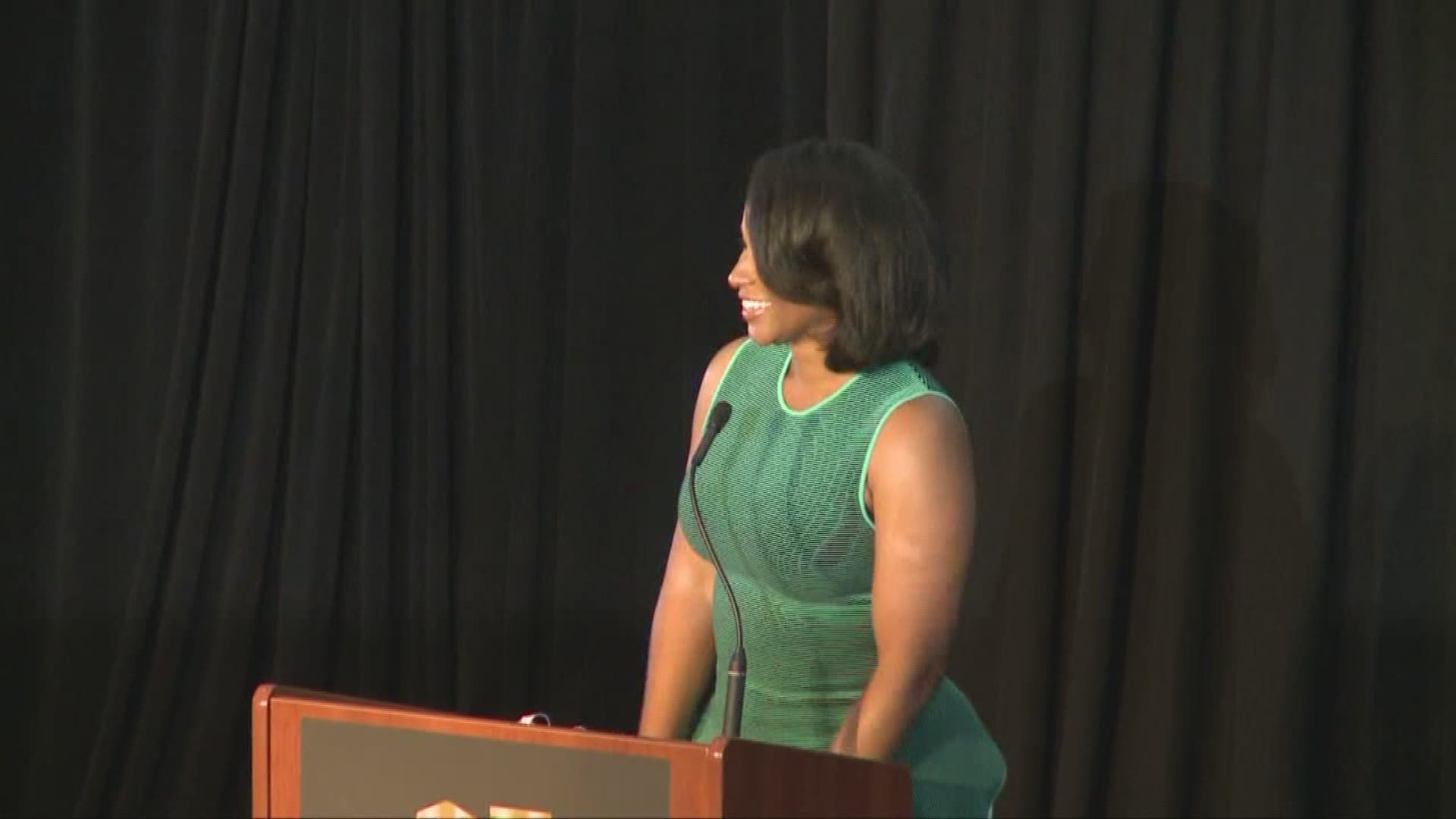 The YWCA Greater Cleveland expanded its circle on Tuesday night, bringing the community together to help end homelessness.

The Circle 2017 crowd at the Cleveland Art Museum got to hear from Savannah James, about her mentoring work through the LeBron James Family Foundation.

Leigh Anne Tuohy, whose life story was brought to the big screen by Sandra Bullock in "The Blind Side," talked about her experience adopting NFL star Michael Oher.

“You were born with the ability to make a difference in someone’s life.” That’s what @leighannetuohy shared with @… https://t.co/mu9vEcbRAZ pic.twitter.com/LCAdueel4Y

Tuohy's message: Be careful about how you value people, as we all play a role in making a difference. "We really believe that: Do what you can, where you are with what you've got. And if we would all do that, then what a difference we would make," she told WKYC Channel 3 anchor Sara Shookman.

Sara was the emcee for Tuesday's event.