The Coast Guard first received reports around 2:45 p.m. on Sunday. 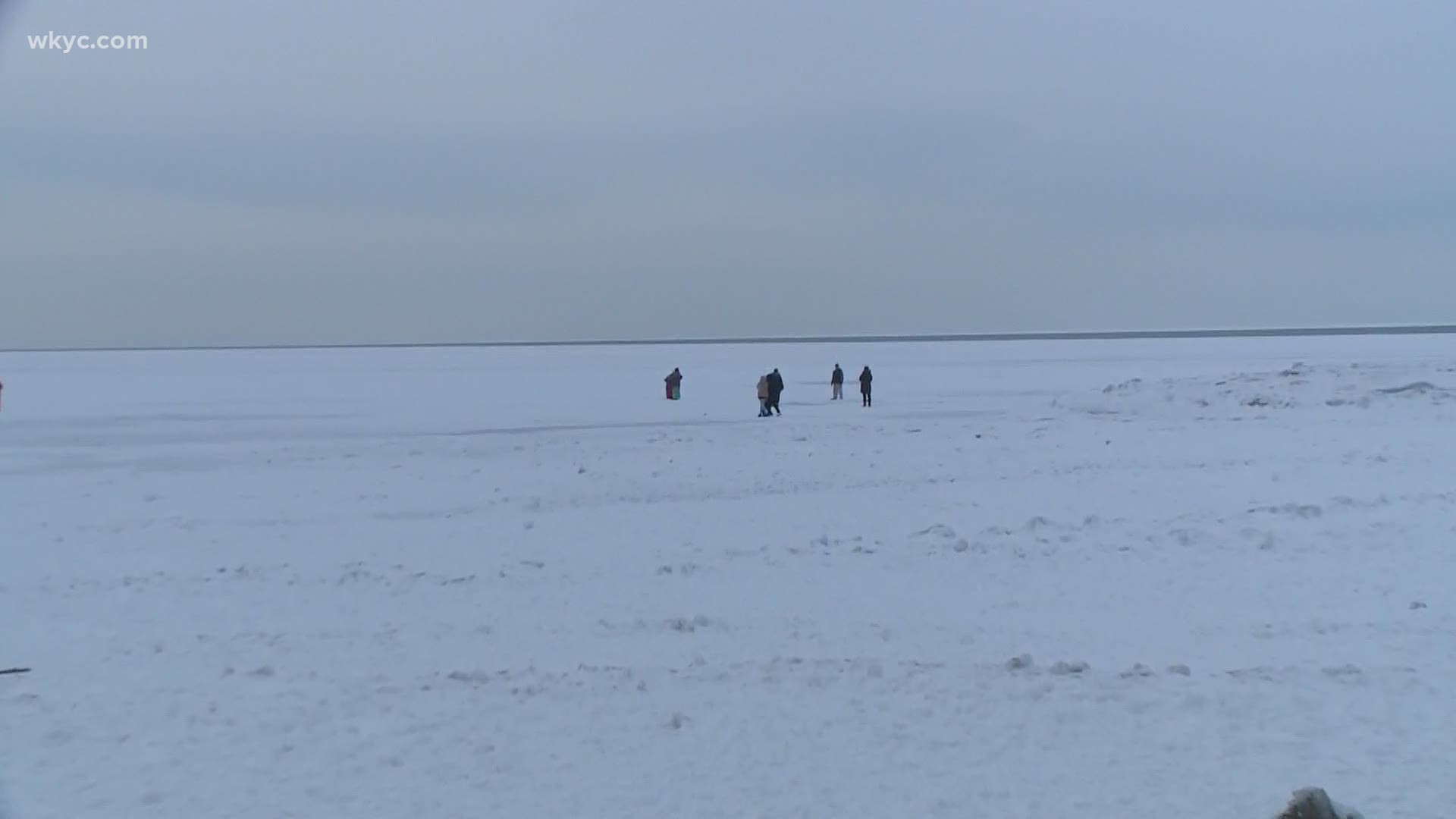 CLEVELAND — The United States Coast Guard Great Lakes (USGC Great Lakes) performed a rescue on Sunday at Edgewater Park in Cleveland after reports were called in of 10 people stranded on the water.

As of 4:49 p.m. on Sunday, the Coast Guard rescued all 10 people from Lake Erie, and they were escorted off the ice by Cleveland Fire. Captain Laurie Walworth of Cleveland EMS confirmed that no hospitalizations were required.

Captain Walworth said the group told paramedics that the ice has already begun cracking when they walked out on the water, and during an attempt to go over the crack, it widened.

The group was embarrassed and refused evaluation/transport.

Cleveland EMS told 3News that the rescue involved seven adults and three children. Four of the individuals on Lake Erie were rescued by Cleveland Fire, and the other six were rescued by the ice water rescue team

3News spoke with a representative for the Coast Guard Cleveland-division who said that they first received a call around 2:45 p.m., with initial reports indicating just two people on the ice. Upon arrival, the team discovered that it was actually 10 individuals who were stuck on two ice floes that were connected to land, but had broken off.

Coast Guard heading out on a rescue mission at Edgewater Park. There are two groups of people stranded after the ice separated about 200 yards out. @wkyc pic.twitter.com/KKCwhzle49

RELATED: Ice Safety: How to save yourself and others

The condition of those on the water is unknown at this time.

Editor's note: the video in the player below is from a story published on February 12, 2021.