The parade ran down Indiana Avenue in the Junction area where Jones grew up. It ended with a celebration at Savage Park. 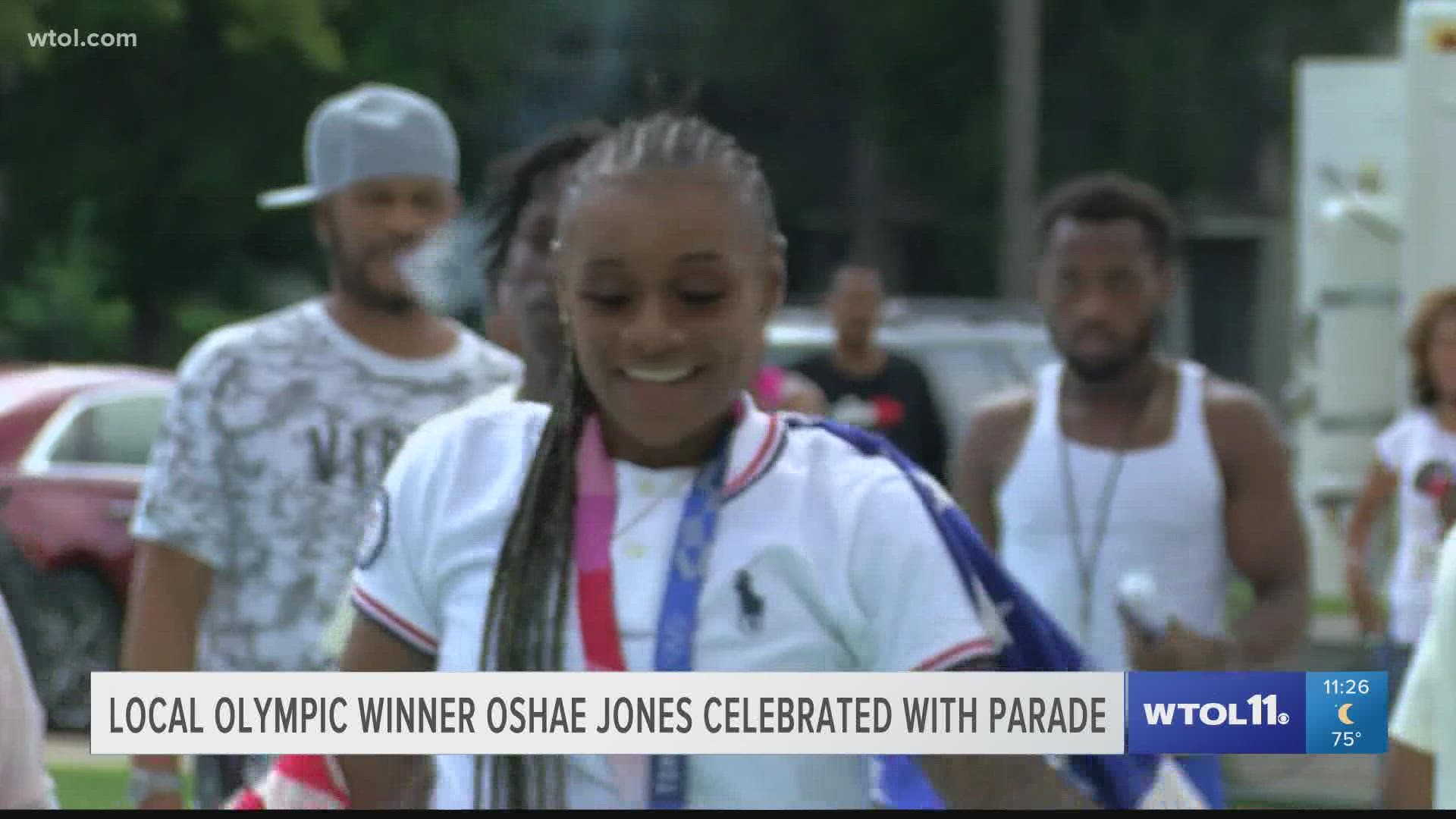 TOLEDO, Ohio — Hundreds in the Junction neighborhood turned out for a parade to celebrate local hero and boxer Oshae Jones. She brought home the bronze medal from the 2020 Tokyo Olympic games earlier this summer.

The parade started on Junction, went up to Indiana Avenue to City Park and ended at Savage Park.

Chants of "go Oshae, go USA" could be heard throughout the streets as people lined the blocks to see Jones.

From her family to her community.

Earlier this week, Jones received a key to the city. She says she never imagined a parade and a key in her future.

"I actually cried," she admitted. "It was so amazing because most awards I get are medals but key to the city was just amazing. Never had anything like it."

A local poet recited some words to celebrate Jones' victory adding she went "from the glass city to break glass ceilings and bring back the world."

From young to old, community members say Jones is a living example of hard work and perseverance, showing anyone that they can do anything.

"Epitome of greatness for us in our community," Harriet Hardy said. "Oshae represents us on many levels, a young black woman striving for greatness."

Winning on the biggest stage in the world, Oshae's name and where she's from is now known across the globe and she says she wants to use her platform to inspire kids in Toledo and everywhere.

"It feels like my hard work is finally paying off," Jones said, "and I want to motivate every little girl or little boy out there. It doesn't matter where you're from. If you believe, you can achieve."

Jones says she's going back for the gold in three years but for now she's happy to be back where she belongs, home.