With the installations, Cleveland becomes the second city in the world to host the entire collection. 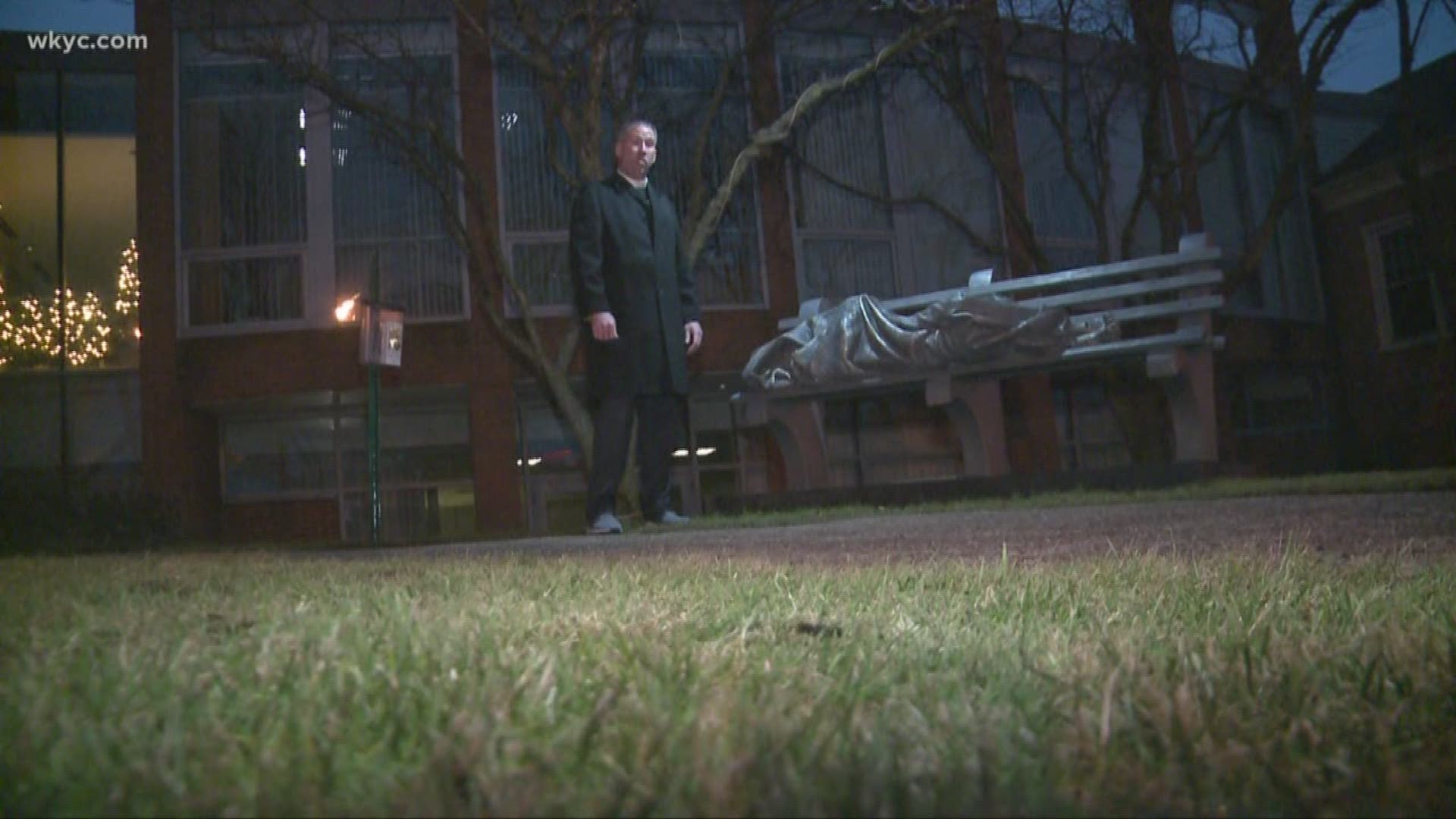 An organization that previously brought a "homeless Jesus" statue to Northeast Ohio to raise homelessness awareness is continuing its efforts with the addition of more statues from the same artist.

“This art is not only a visual representation of our mission, but it also depicts basic human rights,” said Marty Uhle, Community West Foundation President and CEO. “We are eager to continue the conversation through this public art.”

The first statue, "homeless Jesus," was purchased by the Community West Foundation in 2017 and traveled to several churches and communities as a reminder to care for those in need. In October of 2020, the statute was placed in Bay Village facing Bagley Road Park. The statue, with many thinking it was a real person, led to several phones calls to police and the story making local and national headlines with issues of social justice, privilege, compassion, and empathy at the forefront.

According to Community West, the coverage and conversations that took place as a result of the installment were what the art was intended to accomplish: "create dialogue and cause people to see familiar spaces and places in a new light." the organization said in a press release.

With the addition of the five new statues later this year, the organization hopes to "expand this important conversation and dialogue."

“The life-span of this artwork is 200+ years. We are hopeful this collection will continue to communicate the importance of social justice for generations to come,” said Uhle.

ICYMI—Homeless Jesus traveled back home to our CWF office!

We'll be revealing the locations selected for the Matthew 25 Collection during our Virtual Community Update. Don't miss the announcement: https://t.co/4iUYjPcZTL pic.twitter.com/lY24s2LmcA

The new statues will be located at the following locations:

The sixth artwork, When I Was Hungry and Thirsty, was acquired several years ago by Old Stone Church and is installed in front of the church on Public Square, in downtown Cleveland.

Cleveland is only the second city in the world, following Rome, Italy, to have the full collection of all six bronze figures in the Matthew 25 Collection.