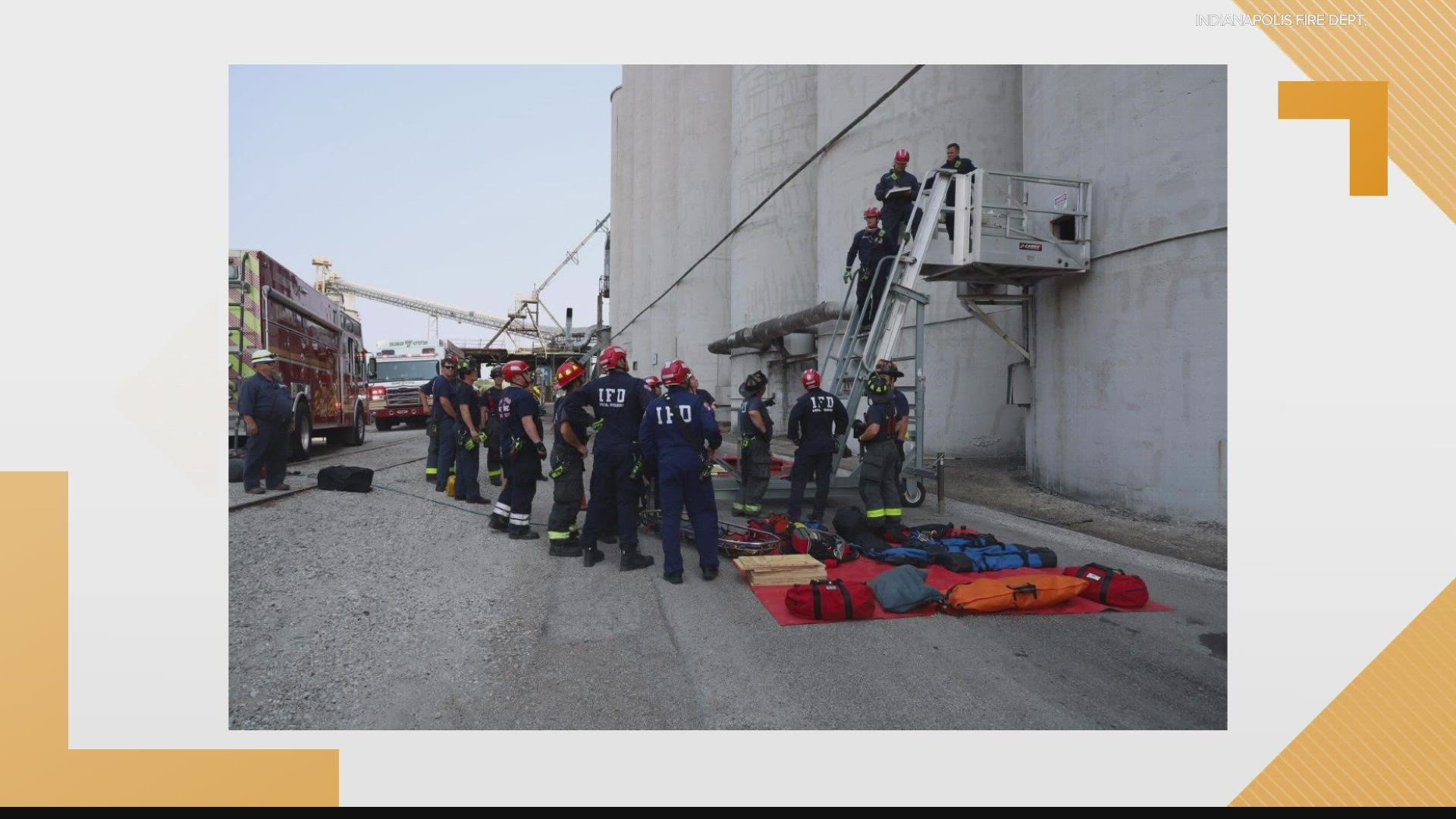 INDIANAPOLIS — Dozens of firefighters worked for hours Saturday to try to free a man who became trapped inside a soybean silo on the near northwest side of Indianapolis.

A 10-hour rescue effort that began just after 12:30 p.m. Saturday afternoon eventually recovered the body of 32-year-old Marvin Tyler from the bottom of the 110-foot silo at Bunge Contractors on Montcalm Street just after 10:45 p.m. Saturday night.

According to an Indianapolis Fire Department incident report, a Hendricks County confined space rescue team was called in to help.

The report said a rescuer located Tyler shortly before 2:30 p.m., but he was "not viable."

Early Saturday evening, Indianapolis firefighters enlisted the help of Hancock County's collapse team specifically trained and equipped for the situation. A 12-person team eventually was able to make the recovery.

According to IFD, the constant shifting of the soybeans and the fact that Tyler was on a slope near the rear wall at the bottom of the silo made the recovery difficult. Eventually, a vacuum truck was able to remove the soybeans around him.

An IFD incident report estimated the silo was holding 25,000 bushels of soybeans at the time.

Investigators are now looking into what caused Tyler’s accident. He had worked for Bunge for two years.

Rescuers prepare to enter the 112 foot silo through an 18 x 18 opening. Sadly and despite valiant attempts, the victim they were hoping to rescue did not survive the entrapment in the grain silo. Our thoughts are with the family as they grieve the loss of their loved one. pic.twitter.com/TWw9oQkktz

What other people are reading: